"If I wasn’t gay, they would never say those things," the director said of the George Clooney-starring "Batman and Robin." 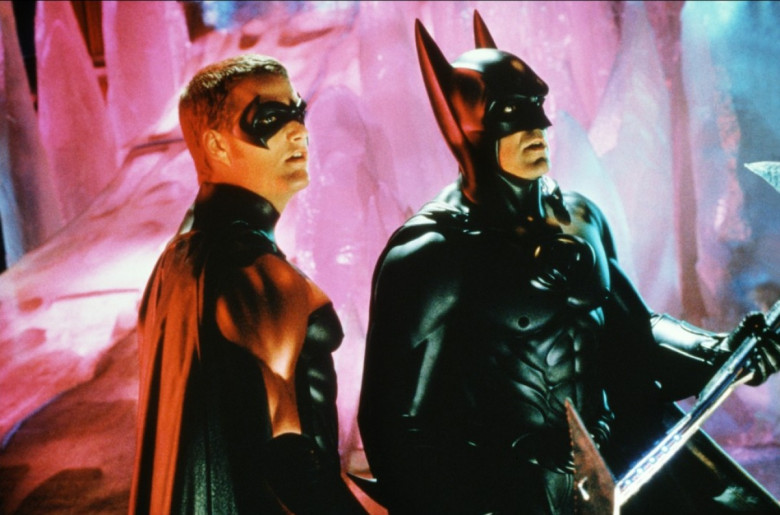 It’s no secret that superheroes have always been a little gay. The tights, the hulking muscles, the secret powers always threatening to come to light — it’s a veritable field day for queer academics. Give Batman an eager young sidekick and you’ve practically got a rom-com. Which is exactly what happens in Joel Schumacher’s “Batman and Robin,” the 1997 flop that is as critically derided as it is held up as a shining example of a gay-coded movie that’s not actually gay. The Warner Bros. action flick starred George Clooney as Bruce Wayne and Chris O’Donnell as Robin, and theories have long persisted that Schumacher, who is gay, intentionally added campy elements to the movie in order to play up the gay subtext.

Sorry, gay Batman fans, Schumacher is here to rain on your parade.

“If I wasn’t gay, they would never say those things,” Schumacher said in a sweeping and somewhat shocking interview with Vulture. “This all started way before me. Long before I came along, someone wrote a whole thing about what the real message of fairy tales and children’s stories are. Snow White was all about having bad stepmothers. And Batman and Robin are two homosexual men living in a cave, living together. There’s always been this thing about Batman and Robin being gay.”

Schumacher expressed regret at making a sequel at all to his 1995 “Batman Forever,” which starred Val Kilmer as the winged crusader. Calling “Batman and Robin” “the cheapest Batman movie ever made,” the director skirted around admitting that the movie is considered one of the worst in the history of the franchise.

Schumacher not only denied that his movie alluded to the characters being gay, but he said he doesn’t think Batman and Robin are canonically gay. He also implied that because the gay community loved Clooney so much, many may have seen what they wanted to see.

“There were a lot of people who I would say, in one particular community, wanted George Clooney to be gay so badly,” he said. “The only people who ever said that to me were definitely gay men. I think it happens with people that are romantic sex symbols who are on somebody’s wish list.”