"Star Trek" is one of several projects Tarantino is eyeing for his 10th and final feature film. 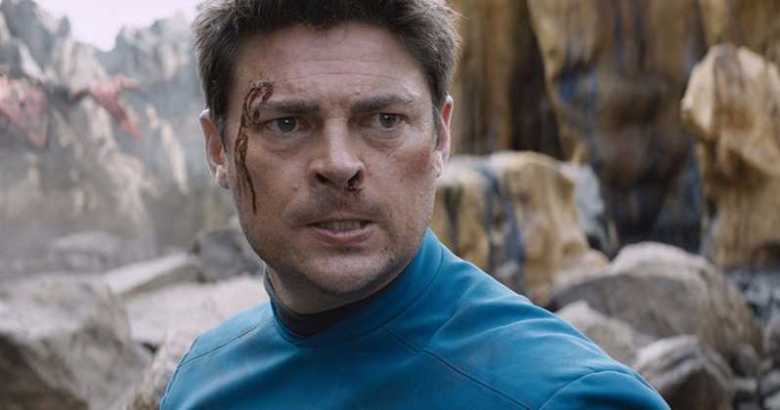 Quentin Tarantino has made it clear that an R-rated “Star Trek” movie is in contention to be his 10th and final feature film, and one person excited by the prospect is Karl Urban. The actor debuted in the “Star Trek” franchise as Dr. Leonard “Bones” McCoy in J.J. Abrams’ 2009 reboot and reprised the character in Abrams’ sequel “Star Trek Into Darkness” and the Justin Lin-directed third entry “Star Trek Beyond.” Speaking to HuffPo, Urban said studio Paramount Pictures would only be so lucky if Tarantino came on board to direct.

“I think Quentin Tarantino doing that film would be phenomenal,” Urban said. “He is definitely one of the most exciting filmmakers that’s currently working and if he has an interest in making a ‘Star Trek’ film, I think the studio would be insane not to let him do that. Obviously, I’d very much relish the opportunity to be a part of it, if it came to be.”

The R-rated “Star Trek” script was written by Mark L. Smith, best known for writing Alejandro González Iñárritu’s “The Revenant.” Tarantino has said that he plans to go over the script and punch it up following his international press tour for “Once Upon a Time in Hollywood.” From there he will decide whether or not “Star Trek” becomes his next directorial effort. The director reminded fans this summer that his next movie will be his last as he has every intention of sticking to his plan of retiring after 10 movies. Some fans believed Tarantino meant 10 original scripts, which would make “Star Trek” an outlier since it’s a pre-existing franchise. Tarantino disappointed some fans by saying that would not be the case.

“I guess I do have a loophole, [if] the idea was to throw a loophole into it,” Tarantino told CinemaBlend last month. “Which would be [to go], ‘Uhhh, I guess ‘Star Trek’ doesn’t count. I can do ‘Star Trek’…but naturally I would end on an original.’ But the idea of doing 10 isn’t to come up with a loophole. I actually think, if I was going to do ‘Star Trek,’ I should commit to it. It’s my last movie. There should be nothing left handed about it. I don’t know if I’m going to do that, but that might happen.”

Other films in contention to be Tarantino’s last directorial effort include a third “Kill Bill” movie and a potential horror movie. Tarantino’s “Hollywood” is now playing in theaters. Urban currently appears on the Amazon Prime superhero series “The Boys.”