In the film, a man meets his future father-in-law for the first time, and discovers he is secretly a superhero. 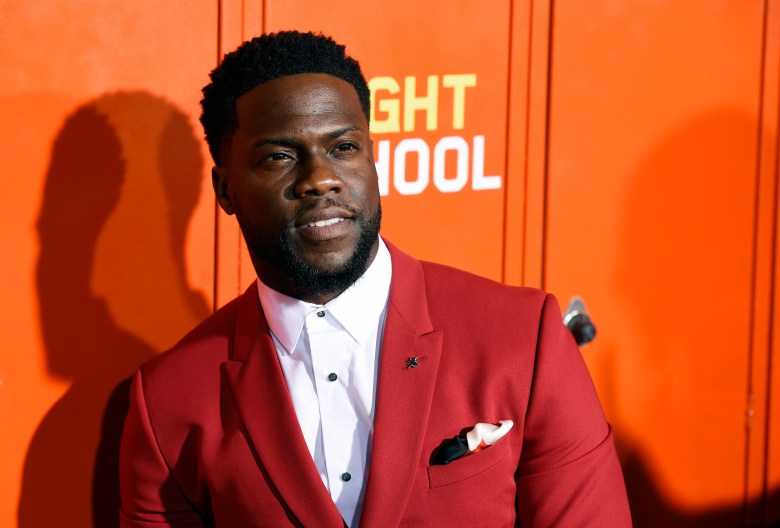 Superstar Kevin Hart is attached to produce and star in STXfilms’ “high concept comic twist” on the superhero movie, titled “Night Wolf,” which was acquired as a pitch from “Detective Pikachu” screenwriters Dan Hernandez and Benji Samit. The film will tell the story of a man (Hart) who meets his future father-in-law for the first time, in a “Meet the Parents”-esque encounter, only to find out he is secretly the superhero known as the Night Wolf.

The project is the third that Hart is developing with STXfilms, a division of Robert Simonds’ STX Entertainment. Earlier this year, STX announced a partnership with Hart’s HartBeat Productions to develop two new comedies — “Black Friday” and an untitled romcom — which Hart would star in.

The HartBeat team will oversee production of all three projects with STXfilms’ SVP of Production Drew Simon.

“After we acquired Night Wolf, we submitted it to Kevin Hart and the Team at HartBeat hoping they would love it as much as we did,” said Chairman of STXfilms Adam Fogelson. “It is a big, broad comedy and the idea is great fun and perfectly matched with Kevin’s comedic talent. We are thrilled to be working on what will now be our fourth film together.”

“I am excited to be working with our friends at STX again,” Hart said. “They brought us a great project with ‘Night Wolf.’ I instantly fell in love with this pitch about an everyday guy who is meeting his in-laws for the first time and unwittingly discovers his dad-to-be is secretly a superhero.”

Hart most recently starred in dramedy “The Upside,” and provided his voice for “The Secret Life of Pets 2,” which marked his sixth and seventh $100+ million grossing movies respectively. He will next star in “Jumanji: The Next Level” which is out in December.

Widely regarded as first and foremost a comedian, the aspirational Hart is also a businessman. Or maybe more appropriately, to borrow from fellow mogul Jay-Z on “Diamonds from Sierra Leone,” Kevin Hart is not a businessman; he’s a business, man! Unseating Jerry Seinfeld in 2016, Hart is the world’s most successful comedian with an annual income at $87.5 million. Hart is also currently one of the most bankable stars in Hollywood, boasting a career that has grossed over $4 billion in worldwide box office.