At over 13 hours, "La Flor" brings a whole new meaning to the concept of "binge-watching." 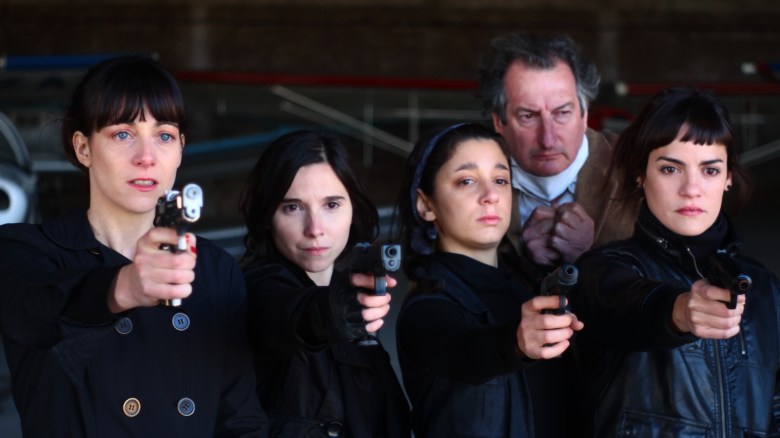 A decade in the making, Mariano Llinás’ “La Flor” opens this weekend from Grasshopper Film. Clocking in at over 13 hours across six “episodes,” “La Flor” brings a whole new meaning to the concept of binge-watching. Each episode stars Elisa Carricajo, Valeria Correa, Pilar Gamboa, and Laura Paredes. It’s an epic of subplots within subplots, unexpected digressions, and genres on top of genres — from a B-movie to a musical to a spy thriller, a period piece, a remake of a French classic, and, finally, to something altogether metafictional.

Grasshopper promises a “wildly entertaining… adventure in scale and duration” — and quite possibly in patience as well.  “La Flor” earns its place among history’s very long movies, from Raúl Ruiz’s “Mysteries of Lisbon,” Jacques Rivette’s “Out 1” and Bela Tarr’s “Sátántangó” to pretty much anything directed by Lav Diaz, the modern master of slow cinema.

Originally, “La Flor” screened at the Locarno Film Festival, as well as at Toronto and New York, where it began earning raves from critics. Highlights and a trailer below.

“‘La Flor,’ more than 13 hours long, divided into six sections (not counting subchapters, interruptions, a brief prologue and a 40-minute final credits sequences), is both an example of rampant serialism and a commentary on the phenomenon,” writes The New York Times’ A.O. Scott. “The film, a labor of love and obsession by the Argentine filmmaker Mariano Llinás, also gestures backward to older cinematic and literary precedents.”

Los Angeles Times’ Justin Chang writes, “It’s about the enduring pleasures of narrative storytelling, but also the predictable, arbitrary nature of so many narratives. More than anything, it’s about exploding your assumptions of how movies are supposed to work. ‘Supposed to’ has no place in the Llinás Cinematic Universe.”

“La Flor” plays this weekend at Film at Lincoln Center.

This Article is related to: Film and tagged La Flor, Mariano Llinás