Candidates include Amazon, Netflix, and Landmark, and a new owner's priorities could impact the future of specialty distribution. 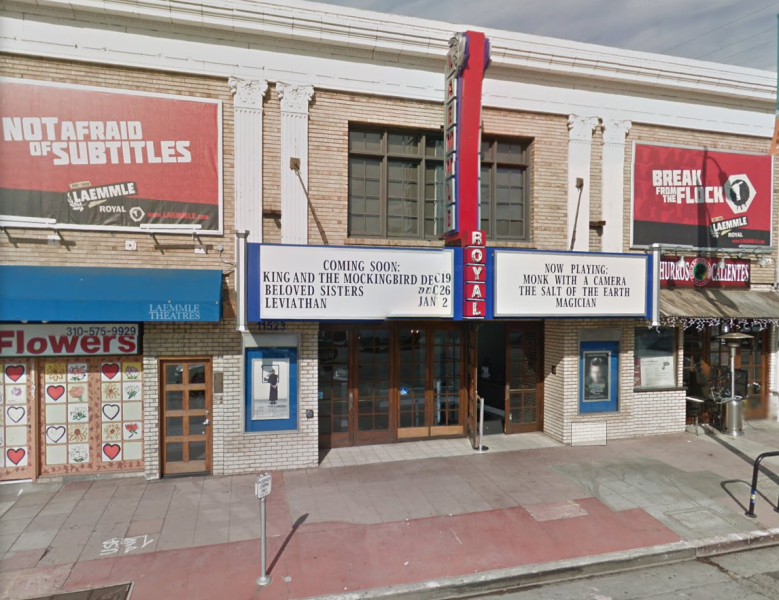 The Laemmle Theatres still take newspaper ads, which proclaim its slogan: “Not Afraid of Subtitles.” A family-owned theater circuit that operates 42 screens in nine Los Angeles locations, it’s maintained a commitment to specialized film for decades. However, sources confirm that the circuit is now for sale, and potential buyers have been quietly examining its financials for some time. (A Laemmle representative did not respond to a request for comment.)

A Laemmle sale would be meaningful on the basis of history alone; the company was founded in 1938 by Max and Kurt Laemmle, cousins of Universal Studios founder Carl Laemmle. Their theaters remain a mainstay of specialized exhibition in Los Angeles, where they provide the top platform for foreign-language films and for awards-qualifying documentary engagements year round. They’re also a major source of revenue for smaller distributors. If a company without the same programming interests acquired the Laemmle chain, it could have tremendous impact on the specialized exhibition ecosystem.

But who will buy? Specialized theater grosses face decline, the market for subtitled films is particularly challenged, and these theaters face competition from larger chains that play top films like “The Farewell.” Sources say that Laemmle owns most of its locations, and would prefer selling to a single buyer.

IndieWire spoke with multiple sources in exhibition and distribution to create a portrait of who might buy the Laemmle chain, and why (or, as is often the case, why not).

The dominant player in North America, it’s the go-to suitor whenever any specialized theater comes up for sale. Most recently, however, Landmark was for sale itself: Last December, New York real estate mogul Charles Cohen bought its 56 theaters, which contain 268 screens in 27 markets. That may leave little appetite for another acquisition, particularly since Landmark already works closely with the distributors that service Laemmle.

The Royal is to Los Angeles what the Lincoln Plaza Theater was for New York, but it isn’t really competition for The Landmark in West Los Angeles, which is Landmark’s centerpiece LA theater. That prime theater rarely shows subtitled films — but Cohen also owns Cohen Media, which primarily acquires foreign-language titles. Cohen’s first-run films usually open at the Royal; if Cohen doesn’t buy it, who would? There’s no guarantee that a future owner would maintain the same policy, or even keep the property as a theater.

This New York-based exhibitor operates theaters in several countries under multiple brands. In North America, this includes City Cinemas (a chain that includes the Paris, which is expected to close soon ) and Angelika Film Centers in New York, as well as several studio-release multiplexes under the Reading brand, primarily in California.

For a growing and dynamic chain, Laemmle could seem like a good opportunity to expand. Reading already has expertise and contacts for both specialized and mainstream films, it’s familiar with platform runs of subtitled films, and it understands the niceties of operating high-profile locations under the industry microscope.

Like Landmark, though, it’s questionable whether the strategic benefit would justify the expense and risk.

Just as when Landmark was for sale, the Netflix name has come up multiple times as a potential Laemmle buyer. Forging a theatrical presence is critical for the handful of Netflix films that seek awards consideration, and there’s a lot of value in a base of established, upscale-audience theaters that count many Academy members as regular patrons. Also, as a company with an elevated presence in documentaries, Netflix theaters could offer filmmakers a guaranteed presence in a key market.

That said: If Netflix wanted to accomplish this without the bother of purchasing theaters, it could be a silent partner for another buyer. Banks would welcome the financing guarantee of Netflix making a multi-year commitment to rent screens at multiple theaters.

Netflix has had a national deal with the 16-location luxury theater chain IPIC, which filed for chapter 11 bankruptcy this week. That may make finding another option more appealing.

Amazon Studios has a distribution arm that’s seen several theatrical successes (and failures), but it seems to be transitioning to a business model that allows faster streaming availability for some films. While Amazon and Netflix share many business concerns, some observers believe that Amazon might have greater interest in buying a nationwide circuit that could also house Amazon Hubs.

The Mexico-based international exhibition giant has 26 theaters in seven states, with several in California. Well financed and primed to expand, it specializes in luxury, amenity-laden theaters in upscale areas. It just acquired the two-city, five-theater Texas circuit Moviehouse & Eatery, and Laemmle locations could serve as a starting point for transitions into the Cinepolis model. However, that vision would almost certainly exclude Laemmle’s traditional specialized programming. It would also face some stiff competition from Arclight.

Perhaps the best fit could be this chain with about 165 screens in 29 locations, mostly in Southern California. The circuit is a hodgepdge of acquisitions that include Westwood’s Village and the Bruin (currently featured in “Once Upon a Time in Hollywood”) as well as a number of mid-sized complexes in upscale and/or older-audience areas similar to Laemmle’s. These offer a mix of programming, with specialized at some locations. The company’s film buyers include veterans with an interest in independent film.

Acquiring Laemmle would give Regency greater local and national prominence. This could be the one buyer with the most to gain while maintaining Laemmle’s role as a specialized exhibitor.