With “Leah Remini: Scientology and the Aftermath” coming to a conclusion Aug. 26, “I’m ruled by what I believe is the right thing to do,” she told IndieWire. 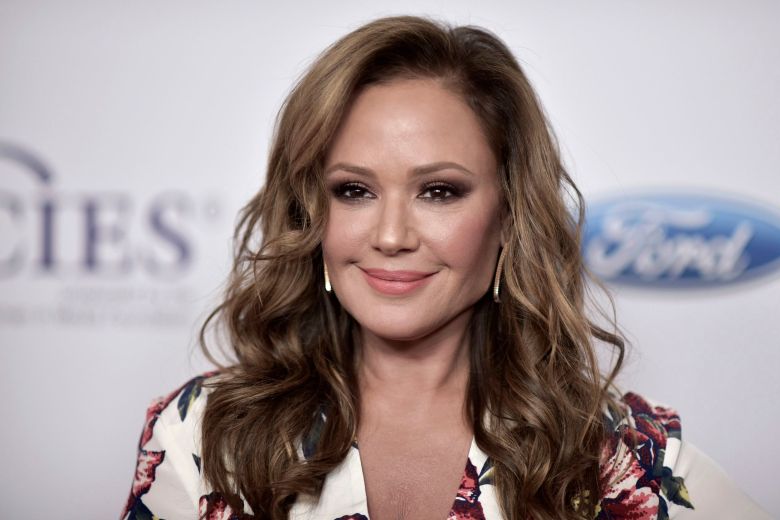 Leah Remini is not afraid.

Since leaving Scientology in 2013, the Emmy-winning actress and activist has dedicated her life to exposing and amplifying troubling accusations against the profoundly controversial organization, drawing the ire of the group and spawning dismissive statements, as well as a website dedicated to attempts to undermine her credibility.

And still, Remini persists, bringing her documentary series, A&E’s “Leah Remini: Scientology and the Aftermath” to a close after three seasons; the show was Emmy nominated in each year of its run, and won for Outstanding Informational Series or Special in 2017. The series features former Scientologists telling their stories about their experiences within the community, as well as former high-ranking officials from the organization who explore the policies and structure of Scientology.

As the battle continues, why isn’t Remini afraid of an organization known to be notoriously litigious, particularly if it is capable of the horrible things – including targeting people it deems “Suppressive Persons” or SPs, sexual misconduct, and kidnapping – it has previously been accused of?

“I’m ruled by what I believe is the right thing to do,” Remini said in an interview with IndieWire. “Being on the right side of something gives you the confidence you need to keep moving forward regardless of the consequences that come to you personally.”

But it’s more than just a sense of justice the fuels her. Because after her tenure within Scientology, Remini feels an intense level of culpability.  “I was part of it, I contributed to it. Even if I was unaware, I knew those policies existed,” she said, having been raised in the belief system since she was nine years old. “I just didn’t really realize that they really did actually apply them.”

“When you’re raised and indoctrinated into an ideology where anybody they consider an SP is likened to Hitler or Dillinger, you’re like, ‘Well, I hope I never meet one of those!’” she explained. “You’re like, ‘Yeah, they do deserve to be destroyed!’ Which is what the policy says, that you have to destroy them utterly. I never thought I would be considered to be one of them.”

With her series coming to a conclusion Aug. 26, with a two-hour special filmed in front of a live-studio audience made up of former Scientology members focused on abuse within the organization, and addressing the rape allegations against Scientologist Danny Masterson, it could seem as though Remini’s work is coming to an end. She would disagree.

“We were always working behind the scenes doing other things, things we couldn’t talk about,” she said. “It was never just the show, ever…this is about actually stopping this from happening to people. Like, ’You need to hear this. You need to do something about this.’ And we can only do so much. But we’ve helped our survivors not just in telling their stories, but helped facilitate getting them real help.”

“But this is just the beginning,” Remini added. “Unfortunately, we have only just scratched the surface of Scientology crimes.”

Though this leg of her journey might have concluded, “Scientology and the Aftermath” leaves television airwaves changed in its wake, with new series cropping up and giving a voice to individuals too often overlooked in the aftermath of scandal. But Remini isn’t looking for credit. At each turn she shuns the idea that she’s done anything remarkable.

“Don’t be proud of me,” she said. “I want you to be proud of these contributors because they get a hate website put up about them within seconds of the show. They’re the ones who have people showing up stalking them, hacking them, trying to get them fired.”

“But I’m somewhat protected,” Remini continued. “I’m Leah, you know, ‘King of Queens’ so people are like, ‘Hey, don’t fuck with her.’ But other people are literally on their own. They have to deal with this every day. And they don’t have a camera crew documenting that.”