The "Legion" showrunner spoke to IndieWire about co-directing the series finale, last-minute changes, and hopes for David's future. 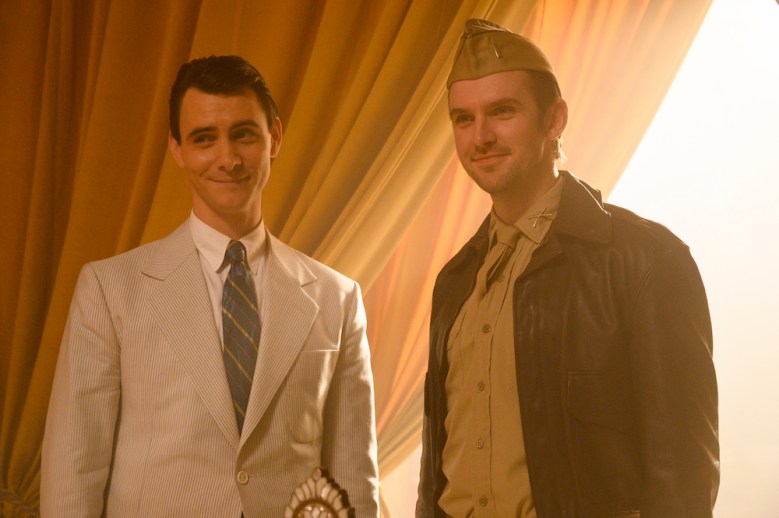 The last shot of “Legion” had been in Noah Hawley’s mind for a while, but how it came to be carried more than a few surprises.

“I definitely had a sense coming out of Season 2 that the end of the show was the beginning of the show; that the last image we saw would be the first image that we saw,” Hawley told IndieWire. “I feel like there was something really perfect to that. I always knew in a broader sense what the three acts of the story had to be, but that doesn’t mean I knew how the story was going to resolve literally. You just trust yourself to figure it out as you go.”

What ensued was a season of time travel, culminating in “Chapter 28’s” cosmic battles between an adult David (Dan Stevens), his father Charles Xavier (Harry Lloyd), and younger and older versions of Amahl Farouk (Navid Negahban), which went down while Sydney (Rachel Keller) and Kerry (Amber Midthunder and Bill Irwin) protected baby David from encroaching time demons — the result of one fight could drastically alter the fate of another, and yes, given the time travel, it’s all a bit complicated.

But the most pertinent explanation is that sworn enemies became peaceful allies, as a vengeful David was coaxed back toward the light by his father, who saw the error of his ways through his grown son’s wicked wants. Meanwhile, the elder Farouk shared wisdom with his conniving younger self, and the two warring parties made peace. Their agreement — buoyed by the time-traveling Switch (Lauren Tsai) — kept the world from ending, but Charles’ decision to stick by his wife and son meant David would live his life all over again, with his father and mother by his side this time, in the hopes that a fresh start with supportive parents could help avoid the same, near-catastrophic endpoint.

“Certainly with ‘Legion,’ I just wanted to deliver a conclusion to the story that felt both as playful and inventive as the rest of the series, while still delivering a meaningful and human ending to this story,” Hawley said. 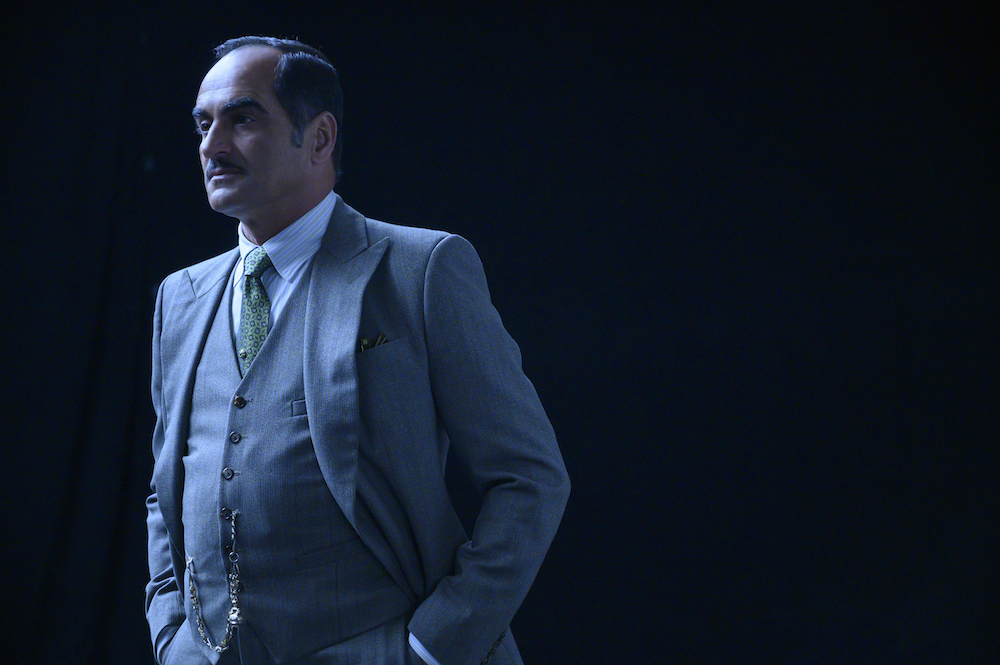 The last shot of the finale (seeing David as a small baby) is the same as the first shot in the premiere, and the closing song (“Happy Jack” by The Who) was originally used to open the series. This ending provides a sweet symmetry to FX’s “Legion,” but it also creates a clean slate for future stories centered around David. Given that Hawley’s ending starts things over anew, and considering Disney’s newfound control over the “X-Men” franchise,” did “Legion” end the way it did as part of a grander plan, possibly setting up the character to be reborn in a movie, movies, or the MCU at large?

“You know, we didn’t really,” Hawley said when asked if he had conversations with Marvel Entertainment about “Legion’s” ending. “Given my level of being occupied, I wasn’t really up for a lot of tangential conversations about things, and I’m not in the inner circle for the reinvention, or the Disney-fication, of what the X-Men is likely to be.”

Hawley is so busy, in fact, he wasn’t supposed to direct the series finale. He wanted to — he told IndieWire in February he “fought against giving it up” until the last possible second — but conflicting responsibilities (writing “Fargo” Season 4 and finishing post-production on his feature directorial debut, “Lucy in the Sky”) were too demanding. Hawley simply did not have the time, so FX hired another director.

“Dan Sackheim was directing the finale and then he got pneumonia after two days — that’s not literally true. What happened was he got pneumonia and then we didn’t know it, and then two days into the production he went to the hospital. So he probably had pneumonia for some time,” Hawley said.

“Once he went down, the question became, ‘How are we going to finish this episode?'” he said. “As much as I wanted to step in and finish the whole thing, I was scheduled to be finishing ‘Lucy in the Sky’ at the same time, with days blocked out for color timing and sound mixing and score recording and all of that. That schedule was ironclad.”

The “Legion” team then brought on executive producer John Cameron — who directed four episodes prior, including “Chapter 27” — to co-direct.

“I’m a firm believer in the television model and have worked with such phenomenally talented television directors who’ve delivered me work that’s extraordinary,” Hawley said. “And at the same time, [being on set] there’s a meaningfulness to finishing a story and a meaningfulness to finishing it together that you can feel. It’s palpable, and the actors really appreciated being able to say goodbye with me, as opposed to me being on the speakerphone like ‘Charlie’s Angels.'” 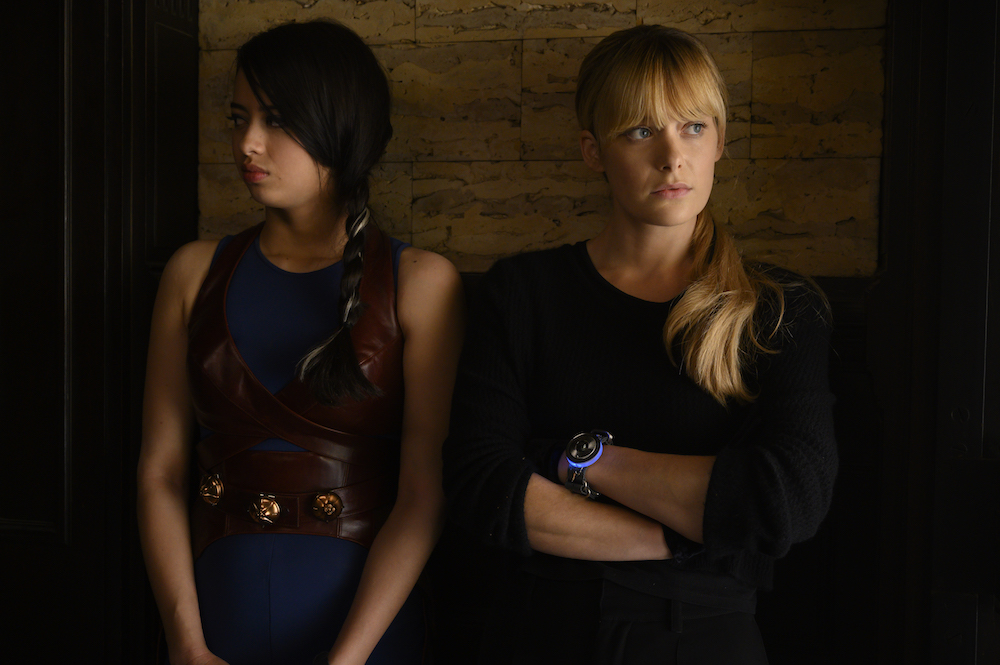 Hawley chose the scenes that meant the most to him — namely, when David and his family sing “Mother” by Pink Floyd, and the last scenes for each character — and that turned out to alter a few things in terms of the final episode.

“I always want to be prepared, but I also want to be open to what the scene wants to be,” he said. “I also have the confidence that another director may not have, in the sense that it’s the final scene where Dan and Rachel say goodbye, and it just wants to be a oner. I don’t want to do coverage. You just want to see these two people together in real-time, and if you have to sacrifice a close-up for that, I think it’s more meaningful to be with them in that space.”

Hawley said he also ended up cutting “five or six” lines to keep the closing moments from being “too talky.” While “Legion” could be a real mindfuck, the showrunner wanted that final scene to be “simpler” and let the moment speak for itself.

“I loved that I was able to get my hands on it at the end, and say goodbye to it physically as opposed to just having written it,” he said.

As for the future, Hawley said he hopes to see “Legion” grounded in the humanity he always strived to bring to his series. “These stories are always best when there’s a real emotional and character-driven storyline behind the genre. You know, the professor and his son, I think continues to be something that could be explored.”

“Legion” pulled off an ending that’s also a beginning. It’s both, in that it doesn’t invalidate the experience that came before, while providing a fresh start for whatever comes after. And more is bound to said about David Haller. After all, as the finale’s title cards read, “This is the end. The beginning. The end. What it all means is not for us to know. It is for history to decide.”

“Legion” is available to watch on FX.