Even as its characters try to unlock some of humanity's biggest mysteries, the focus is always on the people, wherever their journey might lead them. 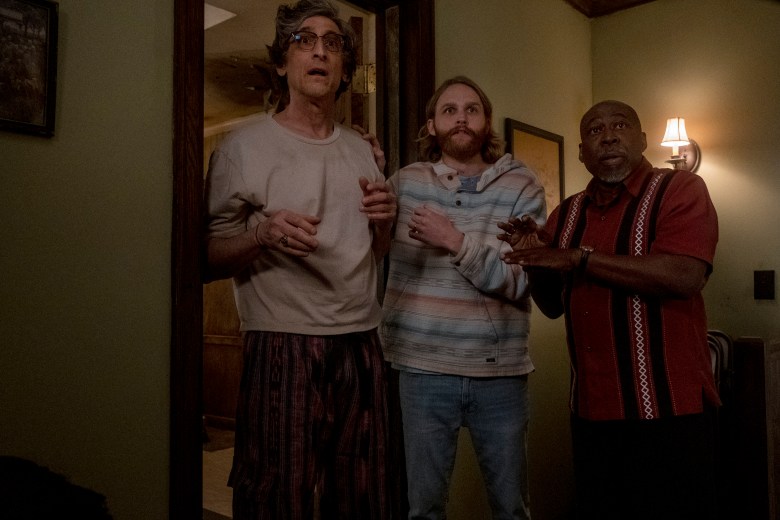 Here’s a pitch for “Lodge 49”: “Dud” Dudley is about as close to a real-life Paddington Bear as Peak TV is going to get. The merry rover of Long Beach, he’s an idealistic character taken with the possibilities of adventure who, even though prone to errors and mistakes, brings some magical sense of wonder into the lives of everyone he comes across.

But even with Wyatt Russell’s charming, cash-strapped hero as the ongoing inciting force binding new family and old together, AMC’s undersung series has been quietly amassing one of the most compelling collections of characters anywhere in the TV landscape. Not content with making a universe that revolves around one figure trying to piece together the answers to some of life’s biggest questions, “Lodge 49” has grown into a country-hopping, plane-transcending hangout with individuals of boundless depth.

Everyone in “Lodge 49” is searching for some sense of belonging. Sometimes it comes in the form of a job breakthrough. Other times it comes from the special kind of camaraderie that comes from hanging out on weeknights in a bar inside a drafty meeting place. As a result, the show delights in those inexplicable ways and intangible forces that can draw different people together, binding them to a common, shared experience.

Again using that kind of bond as a jumping off point, Season 2 plunges into the world of the metaphysical, all while being grounded in real world experiences. As the eccentric holistic medicine practitioner Blaise St. John — played to perfection by the inimitable David Pasquesi —  tells Dud, those with his pursuit must learn to move in both the real and the mystical. You’d be hard-pressed to find a better example of a current TV show that manages to do the same. There can be real pain here when people are trying to parse out the mysteries of the past or suss out the possibilities of the future. In other cases, as with Dud’s sister Liz (Sonya Cassidy), there can be just as much frustration in not knowing why those quests never seem all that appealing in the first place.

And there’s a growing mythology to the otherwise-ordinary goings-on at the Long Beach-area fraternal order that gives the show its title. Tying into a long tradition of adventure stories, “Lodge 49” is deceptive in its scope, even as its central players catch flights and hop in vans to far-flung locations. To fully explain the chain of events that leads Lodge 49 members like Ernie (Brent Jennings) and Connie (Linda Emond) on their respective Season 2 excursions is possible, but the more important takeaway from these new episodes is that the show recognizes what its characters don’t always manage: There’s no special lesson that will unlock the secrets of the spheres that human connection won’t otherwise bring about. 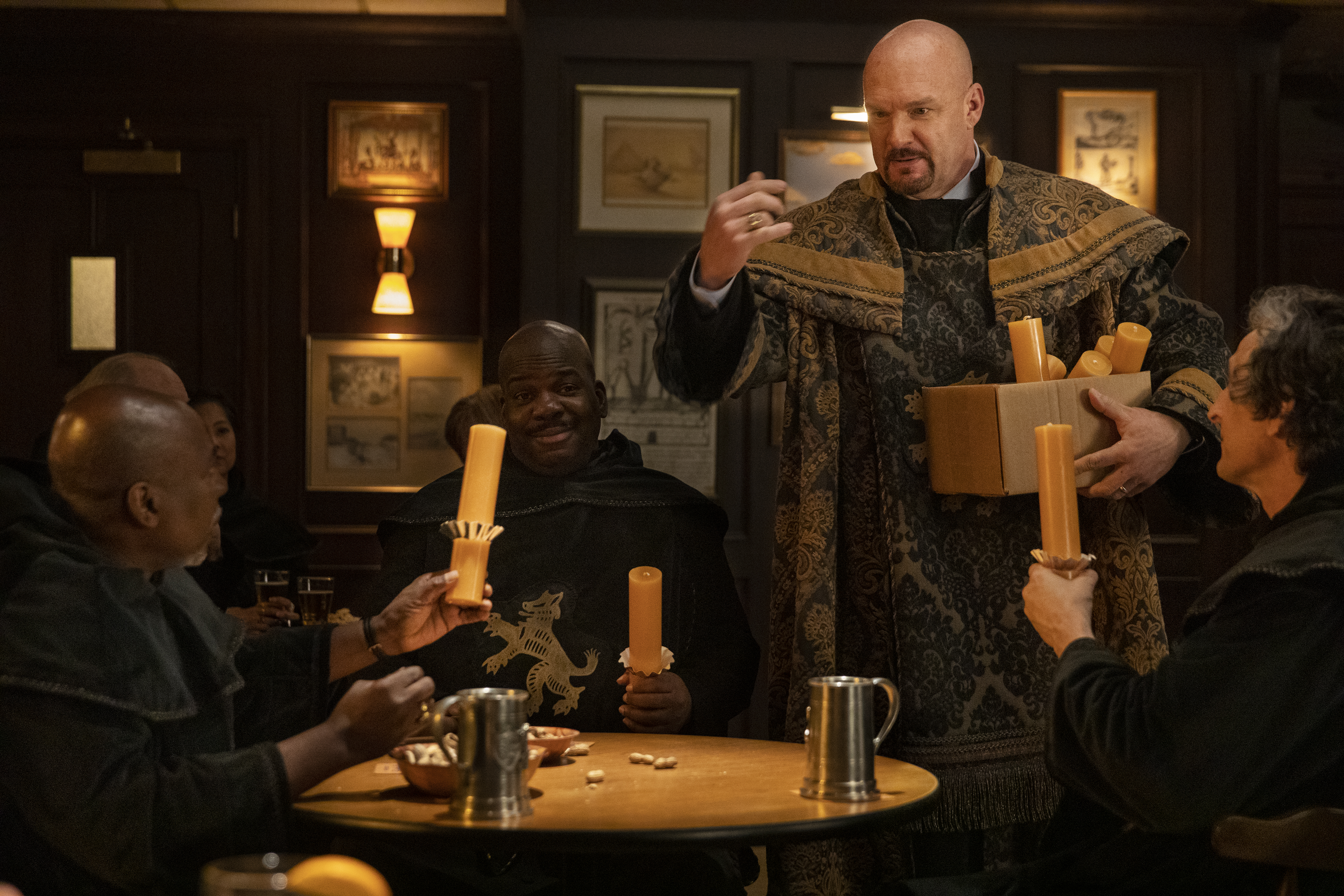 While “Lodge 49” sets in motion these vast pursuits and grand unifications, it also continues to explore the anxiety that comes with loss. Death hangs over multiple characters in the series, whether they facing the possibility of experiencing it themselves or are still wrestling with the inexplicable ways that people have been removed from their own lives. “Lodge 49” is gradually expanding its scope, even while some of the people within them still hold themselves back out of fear of regret.

For as fully realized as these core Lodge folks remain — it’s a joy to watch performers like Eric Allan Kramer add new layers to characters like Scott with each passing episode — it can make the more transitory figures in this story feel all the more fleeting, like when Season 2 brings new tenants to the retail space once occupied by the Dudley’s family pool supply company. But when those people get to stick around, like with Dud’s enigmatic new legal representative Daphne (Mary Elizabeth Ellis) or El Confidente (Cheech Marin), who fits into the series’ framework into some unexpected ways, they not only get their chance to be more than just a single characteristic presented in human form, they help the show fulfill the journey that enmeshes so many of its characters.

Even when the show dips into its bag of visual tricks, it’s never presented in a way that feels outside of the “Lodge 49” viewpoint. A pair of sequences at the top of the Season 2 premiere — a literary-induced hallucination and a kaleidoscopic refresher on each of the protagonist’s singular pursuits — still fit into how Dud (or Ernie or Connie or anyone else) see the world. It’s a tricky task for a show to maintain a consistent overall atmosphere while allowing for some out-of-this-world diversions. But such is the mystery of the Lodge.

On top of everything else, this show is as funny as it is ambitious. Spreading its ensemble to various corners of the globe brings with it plenty of opportunities for these people to realize the tiny absurdities that come in what they’re searching for. “Lodge 49” jokes don’t just come from the fact that people try to use produce as currency or that office managers have amateur poetry aspirations, it’s that those choices follow naturally within the grounded logic of the show. As much Season 2 plays with the true meaning of “alchemy,” this show seems to already know the secret.

This Article is related to: Television and tagged AMC, Lodge 49, TV Reviews