George Miller says Theron initially told him she had a strong dislike of dust, but that wouldn't stop her from becoming the "Mad Max: Fury Road" icon. 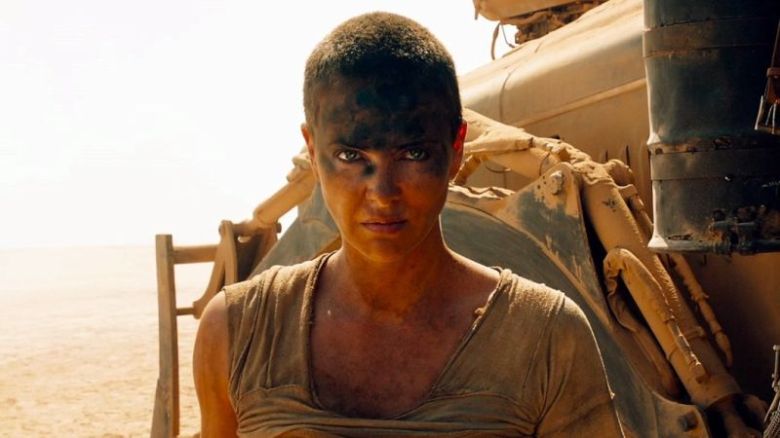 Fans of “Mad Max: Fury Road” might be surprised to learn that one of Charlize Theron’s biggest worries going into production was not the grueling action choreography but getting dust on her hands. In a brief interview with Rotten Tomatoes, “Fury Road” writer-director George Miller remembers Theron telling him that she strongly disliked getting covered in dust. Miller humorously offered to have cleaning wipes at the ready behind the camera to get Theron clean as quick as possible, but the Oscar-winning actress politely declined.

“She’d walk out of the makeup van and roll around in the dust just to get it in her skin and under her nails,” Miller remembers. “Before we started the film, she told me, ‘I have to tell you something. I hate dust on my hands.’ She has some sort of aversion to that. I asked her if we should have wipes or things, and she said, ‘No no, it’s going to help me.'”

Theron gladly dirtied up for the role of Furiosa and went physically method for the part by requesting to shave her head. “She was the one who said Furiosa should have no hair. If she was serious she wouldn’t mess around with hair in the wasteland with all the dust and so on,” Miller said. “The other thing she was determined to do was not do any action as if it were a female doing a man’s job.”

IndieWire recently named “Mad Max: Fury Road” the ninth greatest movie of the decade and in 2017 declared the sequel the greatest action movie of the 21st century. Charlize Theron’s performance as Furiosa came in at number 11 on IndieWire’s list of the best performances of the decade. Speaking to IndieWire’s Anne Thompson last month, Miller confirmed there are at least three follow-ups to “Mad Max: Fury Road” in development.

“There are two stories, both involving Mad Max, and also a Furiosa story,” Miller said. “We’re still solving, we’ve got to play out the Warners thing, it seems to be pretty clear that it’s going to happen.”

Theron has already said she’s game to reprise the character, telling Variety, “I’d love to. There were three scripts. They were written as back stories to Max’s character and to Furiosa’s character. But at the end of the day, this thing lives and breathes with George. I think Warner Bros. knows that. We are all waiting for him to show us the way.”