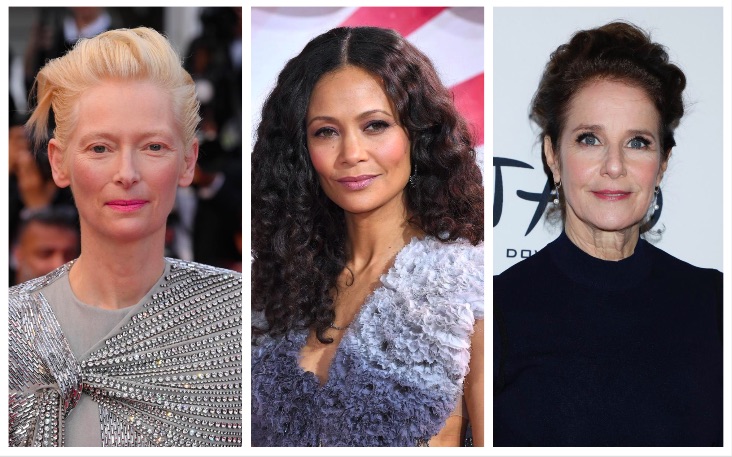 With his epic fourteen-hour documentary “Women Make Film: A New Road Movie Through Cinema,” writer/director Mark Cousins doesn’t skimp in his continuing pursuit to celebrate female filmmakers. Set to finally screen at its full-length (in five parts) next month at the Toronto International Film Festival, the movie is narrated by an eclectic list of voices.

“We have 11 decades of women making films,” Swinton told IndieWire. “Another slight tweak of the goalpost is talking about women filmmakers. Women have made films since Mary Pickford onwards in incredible numbers. We know who made Hitchcock’s films with him (Alma Reville), but we don’t focus on it. It might be useful to acclimatize people to what we already have, to get rid of the scarcity anxiety, the feeling we haven’t been fed by something.”

She continued, “We want more women directors. We need to recognize that we already have them. To acknowledge that change in perspective will make so much difference.”

Added Newton, “I leapt at the chance to work with Mark Cousins on his meticulously researched celebration of women filmmakers from around the world.”

Like Swinton and Newton, Winger is eager for viewers to understand that “Women Make Film” serves to remind cinephiles of all stripes just how many female filmmakers have always worked in the industry, a side of Hollywood often forgotten.

“There are roads that we find ourselves on,” said Winger. “We are born and there it is, unquestioned until the innocence of childhood is lifted, sometimes quite early, sometimes later. We then must look ahead and make our way. But more important is to understand where the road we’re on began, and who travelled before us. I am so grateful to these women, who ‘mainstream cinema’ like a super-highway. … This is not a feminist project, it’s a humanist one.”

Cousins chose his voiceover artists with several criteria. “Firstly, we wanted women with real creative credibility — people who have made bold choices in the characters they’ve played,” he said. “Between them, they have made over 444 films or TV programs and have won nearly 100 awards, including three Oscars and eleven nominations. Secondly, we chose women with distinctive voices — the authority of Jane Fonda, the confidence of Kerry Fox, the delicacy of Sharmila Tagore, the Tammy Wynette throatiness of Debra Winger.”

“Thirdly, we wanted range, as our film is passionately international,” he continued. “These women live in or come from Los Angeles, New Zealand, London, West Bengal, New York, and Scotland, and they’ve been in art and genre cinema, musicals, tragedies, biographical films, high-end TV, and innovative theatre. Lastly, they each have powerful ideas about women and film, and many of them have challenged gender norms.”

Told in 40 chapters, “Women Make Film: A New Road Movie Through Cinema” provides a guided tour of the art and craft of movies via almost a thousand film extracts from 13 decades and five continents.