He's the first to say he doesn't know marketing, but filmmakers trust Woollen to capture their hard-won two-hour movies in two minutes.

If you have an easy movie, the ones where the trailers practically edit themselves, that probably isn’t a Mark Woollen trailer. Woollen is the guy they call when the movies are more idiosyncratic, or their creators are, or both; the ones where the three-act structure may not be visible to the naked eye, or it’s hard to explain exactly what they’re about, but damn if they don’t make you feel something. But how can you see feelings, and in two minutes or less? What kind of marketing is that?

“I don’t know what marketing is,” said Woollen from the Santa Monica offices of Mark Woollen & Associates, where he employs a staff of 30. “I’m trying to represent the film. Filmmakers come to us in a vulnerable place. Sometimes we’re the first eyes seeing the first rough cut of film they’ve been working on for years. We’re entrusted with introducing it to the world. Their careers and lots of money is invested in how it’s received. We have a responsibility to do right by them as best we can.”

Among those he’s served are Barry Jenkins (“Moonlight”), Darren Aronofsky (“Black Swan”), Steve McQueen (“12 Years A Slave”), Alejandro González Iñárritu (“Birdman”), David Fincher (“The Social Network”), the Coen Bros. (“The Big Lebowski”), and Lulu Wang (“The Farewell”). Most recently, he edited the trailer for Terrence Malick’s “A Hidden Life.” When she first saw it, Fox Searchlight co-president Nancy Utley said she was reminded of why she acquired the World War II anti-Nazi film out of Cannes. “Mark consistently delivers on showcasing what’s best about a film,” she said, “to the extent that even version-one of his trailers have been known at Searchlight to induce chills and have us reaching for the tissue box.”

Woollen was only 22 when he cut the trailer that gave him his big break: “Schindler’s List.” Steven Spielberg’s black-and-white drama is now recognized as a classic, but in 1993 Woollen’s trailer was radical: No stentorian voiceover, telling viewers what to expect; in fact, no voiceover at all. Just two snippets of dialogue (“Goodbye, Jews!”/”The list is life.”); the rest was evocative and silent images, underpinned by a passage of Wojciech Kilar’s “Exodus,” since John Williams was not yet finished with what would become the film’s Oscar-winning score.

Woollen is an autodidact: At El Camino high school, he took TV production classes (“We’d edit from Betamax machine to Betamax machine”), but after graduation he skipped college in favor of working for San Diego Zoo host Joe Embry, and editing on “America’s Most Wanted.” After answering a Variety ad, he took the night shift for a company that cut trailers for Disney films like “Father of the Bride” and “Beauty and the Beast.” “I was working on Disney animated films and going to see ‘Slacker’ after work,” Woollen said.

After “Schindler’s List,” Woollen became a free agent. He bought an Avid, moved it into the Venice bungalow he shared with his partner, photographer Erin Fotos, and ran his own shop. Finally, in 2002, Fotos ordered him to pull his expanding posse of assistants out of their bedroom, living room, and kitchen and into a proper office. 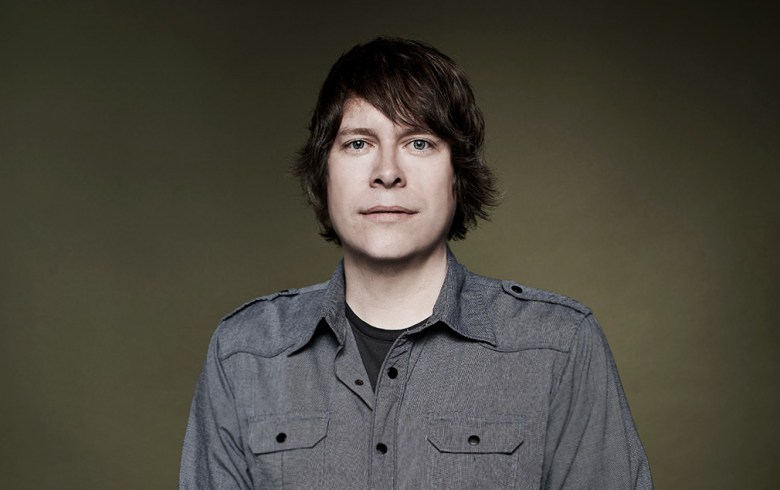 “People come to us for a certain point of view,” said Woollen, “how we handle the material. So there’s lots of conversations, collaboration, gut reactions to the film, figuring it out. Not anything is black and white.”

Every trailer contains an element of detective work; using the the earliest-available materials, Woollen and his team must divine how the final movie will look and feel. On Jim Jarmusch’s zombie comedy “The Dead Don’t Die,” Woollen threw in a throwback announcer from the George Romero era, Adam Driver one-liners, and dripping red fonts. “Iggy Pop as a zombie is a good start!” said Woollen. “Jarmusch has a certain tempo to how his films work: You need to capture that feeling.”

“Mark has a way of being able to perceive the filmmaker’s vision for a feature in its short form better than anyone else in the business,” said Focus distribution chief Lisa Bunnell. “He sees film with his heart and soul and it comes out with the work that he is able to bring to the big screen. It’s like a beautiful piece of art that evokes emotion.”

The first step is what he calls “a film autopsy,” breaking down the movie’s structural elements and figuring out the best way to rearrange them, like taking apart a complex engine and reassembling it in a brand new way. “We analyze the emotional architecture, understanding how it’s put together, the different points of the film, how to harness that idea, and capture that in two minutes,” Woollen said. “A great part of all the work is about capturing that feeling of experiencing the film for the first time, what that was.”

On “Moonlight,” director Jenkins had been working with a different company for a couple of months when he begged A24 to hire Woollen after seeing his trailer for “Tree of Life.” “We’d spent so much time trying to crack a trailer, so we knew what didn’t work,” Jenkins said. “So rather than trying to build a trailer that told you exactly what the movie was, my direction to them was to try to create a trailer that communicated the feeling of watching this film. We sent over the score and said, ‘Maybe open with a conversation between Kevin and Black.'”

Woollen did just that — but it’s not a conversation that happens in the film. “Mark took the entire story of those characters’ journey and cut together a conversation that spanned all the different characters,” Jenkins said. “It’s really brilliant. It was just about… trying to find a way — despite the fact that there are three different actors playing the character — to find a trailer that united them as one.

“It defies logic: I want you to take a two-hour thing and communicate the essence of it in two minutes? It’s an illogical piece of art to create,” he said. “But I think he’s doing that in a way where the speed and the brevity doesn’t feel like it’s flying by you at a million miles an hour. You’re just sipping it in very calibrated doses. You watch the ‘Moonlight’ trailer, you don’t have any damn clue what that movie is about. But you know exactly what it feels like. They just crushed it.” All that, and fast: Woollen’s team created the only “Moonlight” trailer that went out into the world in less than a week.

On A24’s “Last Black Man in San Francisco,” Woollen artfully wove together a new narration by Danny Glover — recreated from dialogue in the movie — with the film’s street-corner a cappella rendition of “Are You Going to San Francisco,” along with a bit of new orchestration composed specifically for the trailer. “When we figure out the music, we often figure out the trailer,” Woollen said, adding that finding the central emotion of a movie is sometimes “in a look, in a glance after a character says a line. Getting that moment, with the music coming in at the right place, gets you right there. It’s happening in a number of places. It’s figuring out where they are: there’s 10,000 jigsaw pieces with the right connections to tell a story.”

Some filmmakers present their own demands. When Todd Field said he didn’t want any music or character exposition for 2006 suburban relationship drama “Little Children,” Woollen used the sound of a train as a driving arc to build up to the trailer’s climax. “I need some sense of rhythm,” he said. “The sound of this piece spoke to the Kate Winslet character’s longings; as the trailer progresses to the intersection in the couple’s relationship, what’s under the surface as the train comes closer and is approaching, is the magical moment in the film when Patrick Wilson is playing trains with his son. The high point of everything is raging and accelerating after that. We figured it out.”

The Coens also challenged Woollen to make an unusual trailer to match their quirky 2009 drama “A Serious Man.” “There was a shot of the main character Michael Stulbarg, getting his head hit against the chalkboard in his classroom,” said Woollen. “I took that. One of the things you are not supposed to do in trailers is repeat a shot. But that one-and-a-half second moment became an amazing rhythm heartbeat baseline for the trailer. What better illustration of the character at the point he’s put through an existential crisis, with his wife asking for divorce, he’s up for tenure for his job, he’s crashing his car, asking for help, than literally banging his head against the wall?”

Some of Woollen’s approaches are so fresh, they wind up being embraced by his competitors. Woollen initiated the trend of using music covers as a trailer’s backdrop, with “The Social Network;” he found an unreleased Belgian choir doing a cover of Radiohead’s “Creep” to use as the trailer’s anthem. “I was doing one thing at that time that has since happened over and over again,” he said. “I was tired of it six months after we did it, with people knocking it off. While I’m still responding to whatever is special and unique about the film, I’m still trying to stay current, respond to the new, figure what the new is. It’s an industry which can have tropes that you want to stay away from.”

Other editors are faster than he is. But he knows one thing: “I know where the cut needs to be, what frame to cut on. ‘This is it’!”

This Article is related to: Film and tagged A Hidden Life, Fox Searchlight, The Last Black Man in San Francisco, Trailers