Michelle Williams is returning for the "Venom" sequel and she wants to be involved in the action this time around. 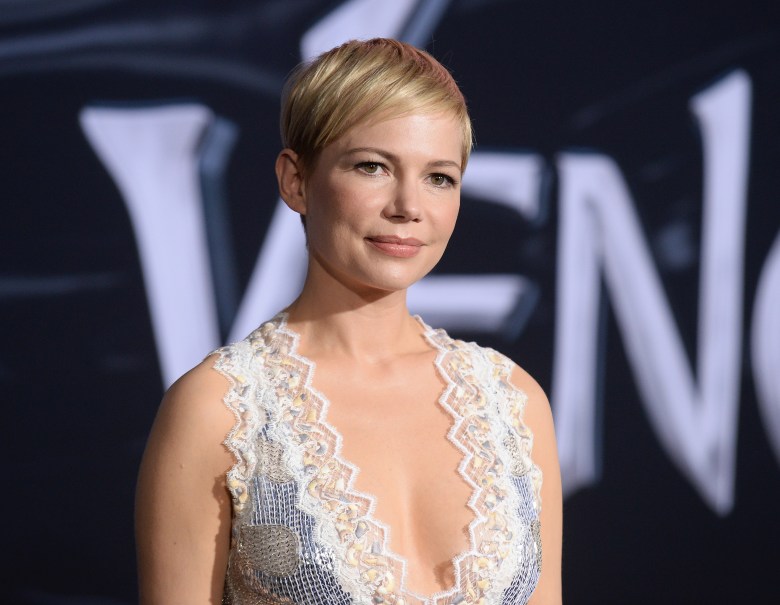 After much speculation from “Venom” fans, Michelle Williams has confirmed to Yahoo Entertainment that she’ll be reprising her role of Anne Weying in the upcoming sequel. Sony Pictures announced this week that Andy Serkis, the motion capture pioneer behind Gollum in “The Lord of the Rings” and Caesar in “Rise of the Planet of the Apes” and its sequels, would be directing “Venom 2.” Serkis replaces original “Venom” director Ruben Fleischer. Tom Hardy was always going to return in the title role, but supporting characters like Williams were less of a sure thing.

When asked by Yahoo about returning for “Venom 2,” Williams answered, “I’m in…I’m such a fan of Andy’s, and I’m so inspired by what he’s been able to accomplish. He’s so gifted in such a specific way, and I’m very excited to learn from him and be around him.”

Williams wouldn’t reveal what she knows about where the “Venom” story is going, but she did share that she’s hopeful her fan-favorite She-Venom not only reappears in the second installment but also gets involved in the major action sequences. “I hope I get equal time that way,” Williams said. “I can say that!”

She-Venom made a surprise appearance in “Venom” when the alien symbiote caused Anne to transform only briefly. She-Venom saves Eddie Brock from criminals holding him at gunpoint in the woods and then the two memorably kiss. The symbiote transfers from Anne back into Eddie, leaving the human Anne stunned at what just took place. “Oh no,” Anne says casually, “I just bit that guy’s head off.”

Williams’ supporting role in “Venom” marked a rare appearance in a major Hollywood production for the actress. Williams has made a name for herself in the indie world, earning Oscar nominations for “Brokeback Mountain,” “Blue Valentine,” “My Week With Marilyn,” and “Manchester by the Sea.” Given the blockbuster success of “Venom” with $856 million worldwide, it stands that Hardy and Williams will earn bigger paychecks for returning in the sequel.

“Venom 2” is likely to be released in October 2020. The movie will mark Serkis’ third directorial effort after “Breathe” and “Mowgli: Legend of the Jungle.” Williams can next be seen opposite Julianne Moore in the Sundance melodrama “After the Wedding,” opening August 9.