A winner of top prizes at both Sundance and Berlin this year, "Midnight Traveler" documents Hassan Fazili's epic escape from the Taliban. 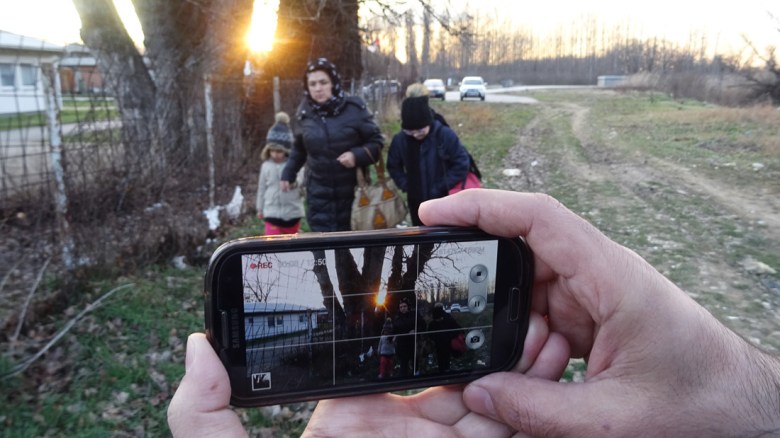 Afghan filmmaker Hassan Fazili’s self-reflexive documentary “Midnight Traveler” chronicles his and his family’s epic, three-year escape from the Taliban across hundreds of miles and numerous borders. Forced to flee the country with his wife and two young daughters, Fazili managed to capture firsthand their perilous journey in the uncertain, often dangerous quest for asylum. Watch the first trailer from Oscilloscope Laboratories, which scooped up “Midnight Traveler” for U.S. distribution in March, below.

“Midnight Traveler” garnered the World Cinema Documentary Special Jury Award for No Borders at the 2019 Sundance Film Festival, as well as the Prize of the Ecumenical Jury — Special Mention from the 2019 Berlin International Film Festival. Fazili’s credits as a filmmaker span narrative shorts, television serials, stage plays, and documentaries, but here he turns the camera on himself. The film is intended to bring a global face to the internationally pervasive refugee crisis, and it won serious acclaim during its festival run, including at Hot Docs, Seattle, and the True/False Film Festival.

Variety called the film “a modern-day message in a bottle, an urgent appeal for help from a family that’s still searching for a home,” with “a home-movie quality that’s enormously effective in putting a human face on a global crisis. There are many thousands of families out there just like Fazili’s, seeking shelter from a never-ending storm. The film makes them visible.”

Film Inquiry boldly wrote that “Midnight Traveler” is “is the best refugee documentary I’ve ever seen,” adding that “everyone should see this movie.”

To capture each step of his family’s harrowing exodus, Fazili enlisted the help of filmmaker and scholar Emelie Mahdavian to help assemble the footage for “Midnight Traveler,” which was taken on three mobile phones. Fazili calls the experience “a journey to the edge of Hell,” with his family’s trek leading them across war-torn Turkey, Bulgaria, and Serbia, en route to the European Union, where salvation may or may not be waiting — and all the while, the family stays bound to one another.