Cancellations like "The OA" and "Tuca & Bertie" reflect a growing number of women-created original series given short runs at Netflix. 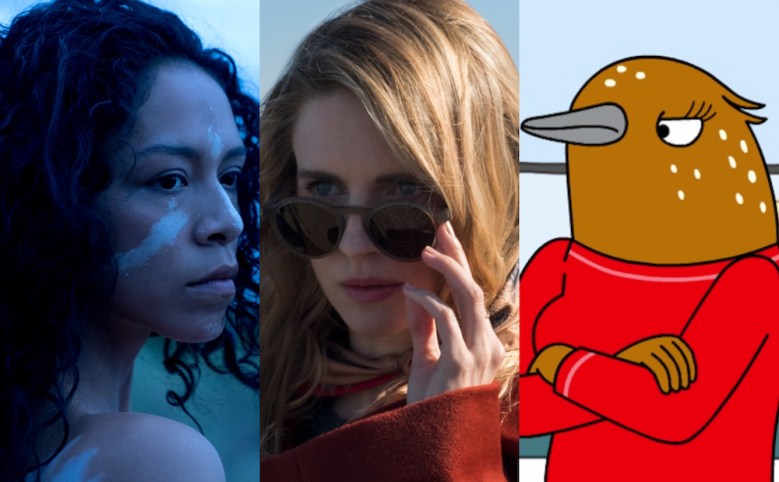 “Chambers,” “The OA,” and “Tuca & Bertie” have all been canceled by Netflix

Earlier this year, reports surfaced that streaming services are more likely than traditional networks to cancel original series after two or three seasons. Be it rising production costs due to front-loaded deals or decreased ease of accessibility for new audiences looking to start watching, the theory has proven out this year, with Netflix canceling a slew of short-run shows. But that seemingly impartial policy seems to affect a disproportionate number of women creators.

So far this year, Netflix has canceled eight shows created or co-created by women: “Friends From College,” “One Day at a Time,” “Chambers,” “Marvel’s Jessica Jones,” “Orange Is the New Black,” “Tuca & Bertie,” “Trinkets,” and “The OA,” the last of which was announced Monday morning. In addition, “Unbreakable Kimmy Schmidt” wrapped this year, but its ending was announced in 2018, and an additional movie is planned.

When considering Netflix has said goodbye to 21 series so far this year, that may not sound like a lot. But seeing more than one-third of canceled series stemming from women creators isn’t great, and the percentage increases when you look closer: If you take out series that were renewed for a final season or otherwise ending on their own terms — like “House of Cards,” “A Series of Unfortunate Events,” “The Ranch,” and even the Jenji Kohan-created “Orange Is the New Black” — the percentage shifts.

Of the 14 series that wanted more seasons, more than half were from women, and none of those ran for more than two seasons. Six of the eight canceled shows created by women would have continued, if renewed; seven if you include “Marvel’s Jessica Jones,” which was renewed for a final season presumably because Disney ended its partnership with Netflix. All of these series feature one or more female leads, as does “She’s Gotta Have It” — which comes from a male creator (Spike Lee) but features a female lead (DeWanda Wise) and a prominent female producer, Tonya Lewis Lee. Only six shows created by men would’ve continued, and half of those already earned at least three seasons. (“Designated Survivor” and “Santa Clarita Diet” ran for three seasons, while “Fuller House” ran for five.)

These figures serve as more of a warning sign than a call to action — Netflix remains committed to hiring women-run series — but it’s of note that the company has yet to achieve gender parity among creators overall. With renewed dramas, comedies, and animated series, 10 Netflix originals are created or co-created by women and 21 are created or co-created by men (and that doesn’t include co-productions, continuations, or shows like The Duffer Brothers’ “Stranger Things,” which have not officially been renewed). That makes the cancellations all the more impactful on the overall representation within Netflix originals.

Previous stories have called out Netflix for not giving women creators the same amount of time as their male counterparts, while others have noted that these cancellations sting a bit more given the streaming giant’s reputation for green-lighting shows that wouldn’t exist elsewhere. Even considering Netflix isn’t the same company it was five years ago — there’s no telling if “BoJack Horseman” and “Orange Is the New Black” would’ve been renewed as long as they have in today’s peak TV era, let alone with the company’s shift in performance expectations for original content — it’s still alarming how many boundary-breaking originals have been canceled at the streaming leader.

“Tuca & Bertie” is one of a handful of animated programs created by women, about women, in a genre dominated by male creators and male stories. “Marvel’s Jessica Jones” is an action-driven superhero series that featured all women directors in Season 2. “One Day at a Time” spotlights Hispanic culture in a single-camera comedy, and “The OA” co-creator Brit Marling took to Instagram to share why her sci-fi story felt so unique.

“It’s hard to be inspired to write stories about the ‘real’ world when you never feel free in it,” Marling wrote. “As a woman writing characters for myself and other women, it has often felt to me as if the paved roads for travel in narrative are limited. Perhaps one day I will be evolved enough as a writer to pave my own roads in ‘reality’ (Elena Ferrante!), but to date I have often felt stymied.”

All but one of Netflix’s existing slate of series created by women are entering their second or third seasons. (“Grace and Frankie” is about to enter Season 6.) That represents an effort to support more female voices, but with the cancellation trend in place, one has to wonder how many will make it beyond the two- to three-year mark. “Altered Carbon,” “Russian Doll,” “Insatiable,” “Sex Education,” and “Dead to Me” are all set for Season 2, while “Atypical,” “On My Block,” and “GLOW” (out August 9) have been renewed for Season 3.

Netflix’s business model means they order full seasons of series rather than pilots, so their overall uptick in cancellations often seems higher than traditional networks, which could scuttle a series that isn’t working out after the pilot. But that same model, which doesn’t disclose viewership data, also means people don’t know when to expect a series to be renewed or canceled or why the decision was made – the ratings on cancelled programs could be very low, and their costs could be too high.

Netflix executives clearly aren’t singling out shows created by women to cancel. But they might want to take more factors into consideration before clicking delete. If the company isn’t going to share viewing statistics, it needs to otherwise show how it’s fighting for these series to succeed, or why it’s giving up on them.

Data for this article was collected from cross-referencing news outlets reporting on Netflix cancellations, which are sometimes announced by the company and other times shared by creators, producers, or other sources.

This Article is related to: Television and tagged Netflix, The OA, Tuca and Bertie