Netflix's reported nine-figure deal with the duo behind "Game of Thrones" positions the company to create exclusive content that will entice consumers to subscribe to the service. 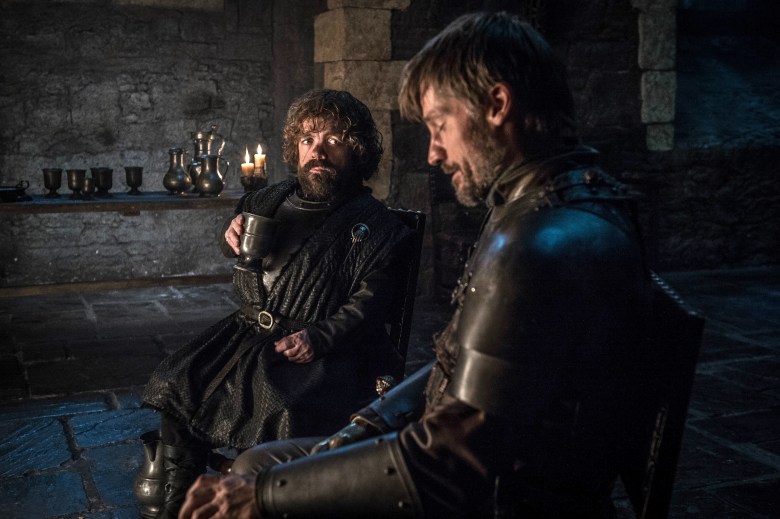 Netflix reportedly picked up two of the most desirable names in the TV industry when it announced a new deal with “Game of Thrones” creators David Benioff and D.B. Weiss yesterday.

Although the specific financials of the deal are unknown, sources told Deadline that the deal was worth as much as $300 million for five years. Deadline previously reported that the duo had met with companies including WarnerMedia, Disney, Comcast, Amazon and Apple to discuss possible deals while wrapping up the final season of “Game of Thrones.”

Closing deals with big names for big projects is becoming increasingly important for streaming services, which need to regularly create exclusive content to stand out in the saturated television industry. The “Game of Thrones” duo certainly fit the bill, and obviously their track record indicates that they will aim to create another hit series. Netflix signed similarly lucrative nine-figure deals with Shonda Rhimes and Ryan Murphy in the last two years – and adding Benioff and Weiss to the mix could ensure Netflix retains a demographically broad base of subscribers.

Netflix plans on getting their money’s worth from Rhimes and Murphy, who are each working on a multitude of projects for the streaming service. Murphy’s Netflix television projects include “Ratched,” a drama series starring Sarah Paulson, and a political satire featuring Ben Platt titled “The Politician.” Murphy is also adapting two Broadway productions into films for the service.

Rhimes is also working on a handful of Netflix projects that will touch on diverse themes. For example, one untitled Rhimes Netflix project will adapt author Julia Quinn’s acclaimed feminist Bridgerton novels, while “The Warmth of Other Suns” will examine African-Americans who fled the Jim Crow South in the 20th century.

These are two creatives with brand names and loyal fan bases; demographically, Benioff and Weiss’ appeal is broader. The massive, universal popularity of “Game of Thrones” was remarkable — nearly every episode in the show’s final two seasons pulled in over 10 million viewers every Sunday — and replicating that success will be much easier said than done. But even if whatever Benioff and Weiss create for Netflix fails to bore itself into the cultural consciousness of the world like “Game of Thrones” did, the duo’s name recognition will likely be enough to entice droves of consumers to subscribe to Netflix when their new projects hit the platform.

So what could be in the works with these two at Netflix? It’s interesting to look at the projects that are lingering in their past: Benioff’s well-received second novel, “City of Thieves,” about the Siege of Leningrad in World War 2, certainly has the scope for a Netflix production. Weiss’ debut novel “Lucky Wander Boy,” was focused on video game addiction, a topic with much more dystopian heft now than when it was published in 2003. One of the first collaborations the duo did after meeting while studying literature at Trinity College in Dublin was an unproduced script called “The Headmaster,” about Satan at a boarding school, according to Vanity Fair. All of these past projects, like “GoT,” have a certain kind of male-skewed genre heft to them, which contrasts nicely to Rhimes and Murphy’s creative visions.

This kind of speculation comes as the duo’s dance card is full at the moment: Benioff and Weiss have already committed to working on a future trilogy of Star Wars films. Disney CEO Bob Iger noted in April that Star Wars would be going on “a bit of a hiatus” after “Star Wars: The Rise of Skywalker” hits theaters in December, and the first film in the upcoming trilogy is scheduled for a December 2022 release.

The two will also be credited as producers on HBO’s upcoming “Game of Thrones” prequels, though they won’t have any hands-on involvement with such projects.

One series that Benioff and Weiss were working on is almost certainly dead in the water. The duo’s “Confederate,” an alt-history drama where the South won the civil war and slavery is legal, was greenlit by HBO while Benioff and Weiss were working on “Game of Thrones.” The series’ concept was savaged by critics when it was announced and HBO head of programming Casey Bloys told journalists at TCA that anything the duo was working on with HBO would likely not go forward if they signed a deal elsewhere. Though the “Confederate” concept could presumably be revived on Netflix, it’s unlikely that Netflix would want to tangle with the controversy that would almost certainly follow such an announcement.

The Benioff/Weiss deal was reported a few weeks after Netflix posted its lukewarm quarter two earnings, where the company revealed it lost 126,000 U.S. subscribers during the quarter. Netflix attributed those losses to a subpar slate of content during the quarter and increased subscription prices. Subscribers won’t be flocking back to Netflix based on the Benioff/Weiss deal alone, but now that the duo have boarded the Netflix ship, the veteran streaming platform certainly has the talent to create the kind of buzzworthy content that could bring subscribers back.

This Article is related to: Television and tagged D.B. Weiss, David Benioff, Game of Thrones, Netflix