New movies from Noah Baumbach, Steven Soderbergh, and more will all be released in theaters before hitting Netflix's streaming platform. 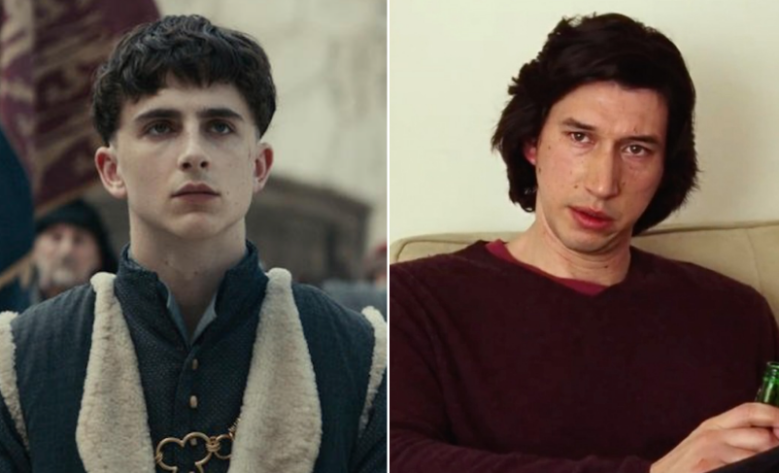 “The King” and “Marriage Story”

On the heels of the announcement that Martin Scorsese’s gangster epic “The Irishman” will receive a nearly four-week exclusive theatrical release before it becomes available to stream, Netflix has now confirmed it will give nine other fall movies a similar theaters-first rollout: “The Laundromat,” “Dolemite Is My Name,” “The King,” “Earthquake Bird,” “Marriage Story,” “Klaus,” “I Lost My Body,” “Atlantics,” and “The Two Popes.” The news marks Netflix’s biggest commitment to theatrical exhibition in a single movie season. Netflix officially became a member of the MPAA in January.

Not all the films are slated for Oscar contention. Netflix is also using theaters to help differentiate its movies and make its filmmakers happy; this spring Netflix put into theaters both John Hancock’s “The Highwayman,” starring Kevin Costner, and J.C. Chandor’s “Triple Frontier” starring Ben Affleck.)

Steven Soderbergh’s “The Laundromat” will hit theaters first after world premiering in competition at the Venice Film Festival, followed by a Toronto festival showcase. The Meryl Streep-starring political dramedy opens in select theaters September 27 before an October 18 streaming debut. “The Laundromat” will receive a three-week exclusive theatrical release, which will also be given to the Eddie Murphy comeback vehicle “Dolemite Is My Name” (theaters October 4, streaming October 25)–Netflix’s awards team is pushing Murphy for Oscars– and David Michod’s “The King” (theaters October 11, streaming November 1), starring Timothee Chalamet and Robert Pattinson.

Netflix’s most ambitious theatrical rollout is Noah Baumbach’s “Marriage Story,” which will play exclusively in theaters for exactly one month beginning November 6. The marriage drama goes global on Netflix starting December 6. The streaming giant is taking the Baumbach movie to Venice, NYFF, TIFF, and most likely Telluride, which is the same festival strategy it used to rollout “Roma.” Adam Driver and Scarlett Johansson star in the film as a couple going through a divorce.

Not on the fall docket is Dee Rees’ Joan Didion adaptation “The Last Thing He Wanted,” starring Anne Hathaway, which needed more time in the editing room before submitting to fall festivals and may head to 2020 Sundance, where Rees debuted Oscar-nominated “Mudbound” in 2017.

In previous years, Netflix would launch theatrical releases on the same day a film became available to stream in order to qualify titles for awards consideration. Such was the case with the day-and-date releases for Cary Fukunaga’s “Beasts of No Nation” (October 16, 2015) and Dee Rees’ “Mudbound” (November 17, 2017). Netflix shifted its strategy in fall 2018, giving select movies like Joel and Ethan Coen’s “The Ballad of Buster Scruggs” a one-week exclusive theatrical run (November 9) before a streaming launch (November 16).

For Alfonso Cuarón’s “Roma,” Netflix broke with tradition even more to give the film an exclusive three-week theatrical release (November 21, 2018) before streaming (December 14). The strategy positioned “Roma” as a theatrical event and it helped make the drama more appealing for Oscar voters, which awarded “Roma” with three Academy Awards out of 10 total nominations. While “Roma” eked out about $4 million (unreported) over 15 weeks in limited release on 125 screens, IndieWire estimated that “Roma” might have grossed as much as $20 million in its theatrical release if given a proper theatrical release.

Anne Thompson contributed to this story.

This Article is related to: Film and tagged Marriage Story, Netflix, Oscars, The King