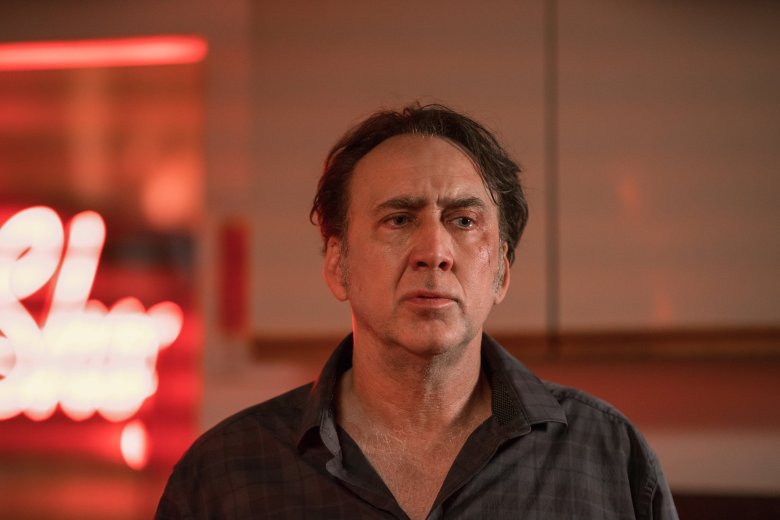 Nicolas Cage in “A Score to Settle”

Nicolas Cage is known to many as the treasure hunter Benjamin Franklin Gates from Disney’s “National Treasure” and “National Treasure: Book of Secrets,” but it turns out the Oscar-winning actor dabbles in treasure hunting in his personal life. In an extensive, career-spanning interview with The New York Times, Cage reveals to reporter David Marchese he once went on a real-life “quest” to find the legendary Holy Grail.

“That was the time when I almost went on — you might call it a grail quest,” Cage said. “I started following mythology, and I was finding properties that aligned with that. It was almost like ‘National Treasure.’ Of course, that didn’t sustain.”

Cage continued by saying he became obsessed with figuring out the Holy Grail’s location. Asked by Marchese to clarify his “quest,” Cage explained, “You read a book, and in it there’s a reference to another book, and then you buy that book, and then you attach the references. For me it was all about where was the grail? Was it here? Was it there? Is it at Glastonbury? Does it exist?”

The research led Cage to the Chalice Well in Glastonbury, where “legend had it that in that place was a grail chalice, or two cruets rather, one of blood and one of sweat.” Cage said the water tasted like blood, just as the story of Joseph of Arimathea says. Legend has it that Joseph hid the Holy Grail in the Chalice Well and thus the water would taste of Christ’s blood. Cage added, “I guess it’s really because there’s a lot of iron in the water.”

Cage’s trip to Glastonbury sparked buzz that his quest for the Holy Grail would have to go to Rhode Island, where the actor ended up buying property. “I don’t know if I’m going to say that’s why I bought the Rhode Island property. But I will say that is why I went to Rhode Island, and I happened to find the place beautiful,” he said. “But yes, this had put me on a search around different areas, mostly in England, but also some places in the States. What I ultimately found is: What is the Grail but Earth itself?”

After earning some of the best reviews of his career with “Mandy” last year, Cage is back in theaters this month as the narrator of the Anton Yelchin documentary “Love, Antosha” and the star of the new RLJE Films release “A Score to Settle.” Read Cage’s full interview over on The New York Times’ website.

This Article is related to: Film and tagged Mandy, Nicolas Cage