The Oscar winner tweeted a video to congratulate the latest participants of the Academy's Gold program. 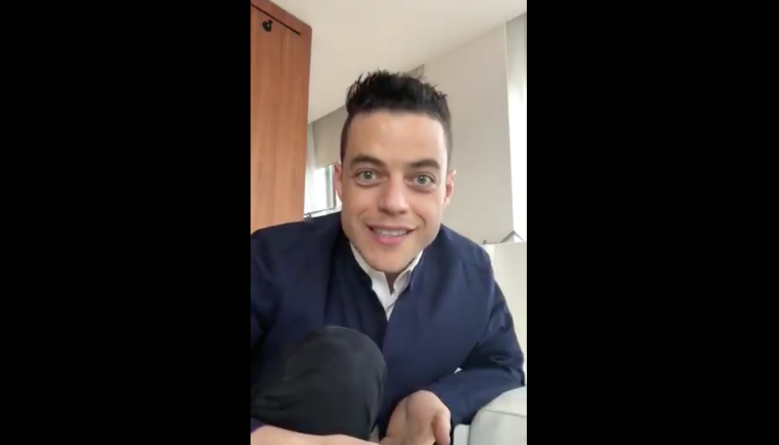 Academy Award winner Rami Malek, hot off his 2019 Oscar win for portraying Freddie Mercury in “Bohemian Rhapsody” and slated to star in the next Bond film, had congratulatory words for the interns of the Academy of Motion Picture Arts and Sciences’ Gold program. Watch below.

The Academy Gold program is designed to connect undergraduate and graduate-level college students with established industry leaders to pursue above-the-line and below-the-line full-time careers in entertainment, as well as to open the pipeline to diversity in Hollywood. The eight-week summer initiative includes master classes and networking opportunities for participants.

The Bond 25 shoot has been entangled in controversy, with a crew member getting injured and 007 star Daniel Craig requiring surgery and physical therapy. But Malek, who plays a yet-to-be-named villain in the film, has doubled down that reports are overblown.

“The key scenes is something that was fabricated,” Malek said. “But the thing is, Daniel was injured, so they are shooting what they can. I talked to Cary yesterday and the schedule has been altered. I know that. But with a franchise like this, I think they have it together. They have it figured out by now.” MGM will open Bond 25 in theaters nationwide April 8, 2020.