The creator, star, and writer opens up about the radical ways "Special" works to redefine how gay men see themselves, and their bodies. 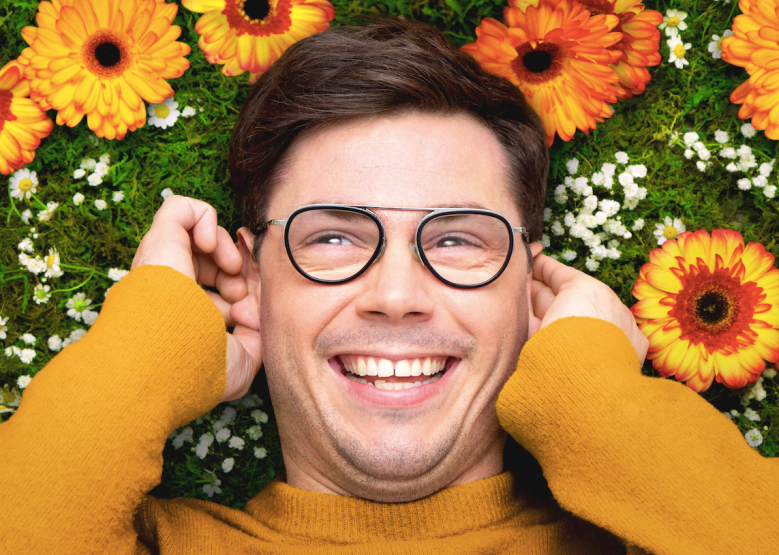 O’Connell draws on his own, frequently uncomfortable experiences as a gay man with cerebral palsy for his character, an aspiring writer and late-blooming homo also named Ryan, who comes into his own while accepting an internship at a veritable content farm hilariously called “eggwoke.”

“Special” also gives welcome onscreen visibility to the disabled community, as O’Connell himself struggled in his own skin for years in the closet not just about his sexuality, but his cerebral palsy as well. The series’ place in the awards derby arrives during a watershed moment for LGBTQ inclusion at the Emmys, from the period ballroom-culture drama “Pose” to sleeper comedy hit “Schitt’s Creek.”

Yet the comedy show — with bite-sized episodes averaging 15 minutes — never feels like agitprop or affectedly woke for wokeness’ sake and that rare, forthright hilarious honesty is what made it resonate with Emmy votes. O’Connell’s snarky – but never crude or bitchy – sense of humor helps elevate “Special” as a timely narrative resonant for anyone who’s faced adversity. Or for anyone who’s spent time amid the glittery surfaces of Los Angeles, where self-esteem, especially among the gay population where the pressure to look hot is aggressively soul-strangling, dies faster than it takes to order avocado toast and an oat milk CBD latte at Blue Bottle.

“I go on Instagram, and see the Insta-gays, who just confound me,” O’Connell said in a breezy chat with IndieWire, as we discuss the rat race of dating life in L.A., and the toxic effects of social media on 20-something gay men (O’Connell is now in his early 30s). “Literally all they do is pose in front of murals and do sponsored content for Aperol spritzes. They’re always traveling, God knows where, and they’ve managed to turn their life into sponsored content, and I’m like, wait, can I do that?” 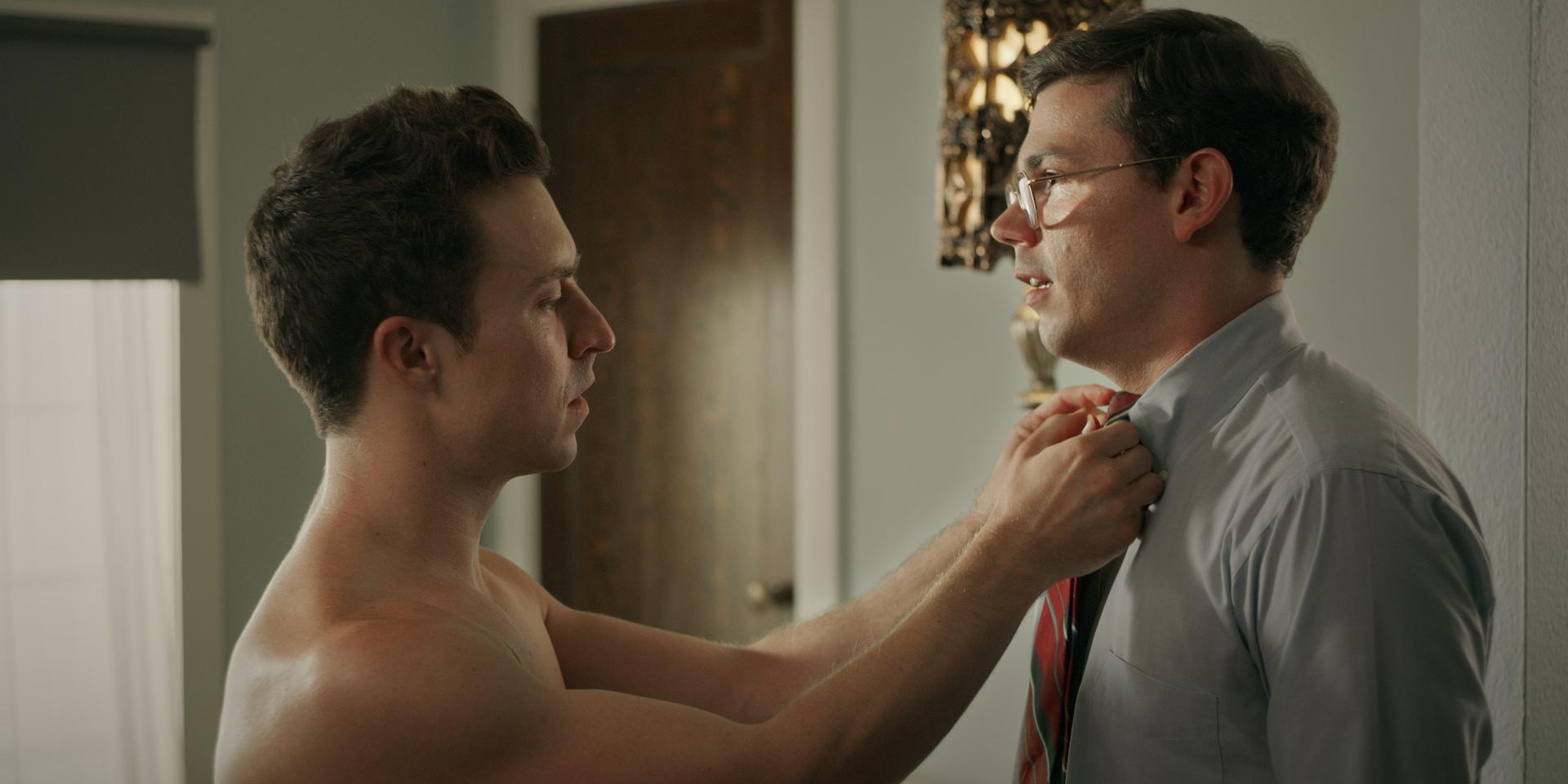 O’Connell hopes that “Special” sparks a needed dialogue about body image among gay men that contradicts what we’re spoon-fed on Instagram, as we mindlessly scroll through post after post of dead-inside-looking men with Herculean bodies.

“What really gets my goat is a lot of these guys have latched onto the body-positive movement, and they’re like, ‘Loving your curves is important! That five-to-ten extra pounds on your body is full of fun memories. It’s you sleeping in and waiting to give yourself permission to just be,'” O’Connell said. “But it’s all posted by people who have two-percent body fat. This is not the look. I don’t need somebody with an eight-pack to tell me how to love my body. That’s triggering.”

He went on to say, “Sometimes, I like look at my body and I’m like, ‘I look good. Like, I would almost fuck me after like two glasses of wine.’ But I look at those photos, and I’m like, I’m actually a trash bag filled with hot fudge sundae and Pringles.”

O’Connell does not subscribe to the desperate quest for body perfection among gay guys, and neither does his show. “They’re all starving. That’s called no joy,” he said. “A six-pack of abs is like six individual teardrops placed neatly on your stomach. They’re not having fun. Those are the kind of guys that take GHB instead of getting drunk because they don’t want to waste the calories. The fact that gay men everywhere are literally drugging themselves with something that’s commonly known as the date-rape drug because they don’t want to gain one pound is truly new levels of darkness.” 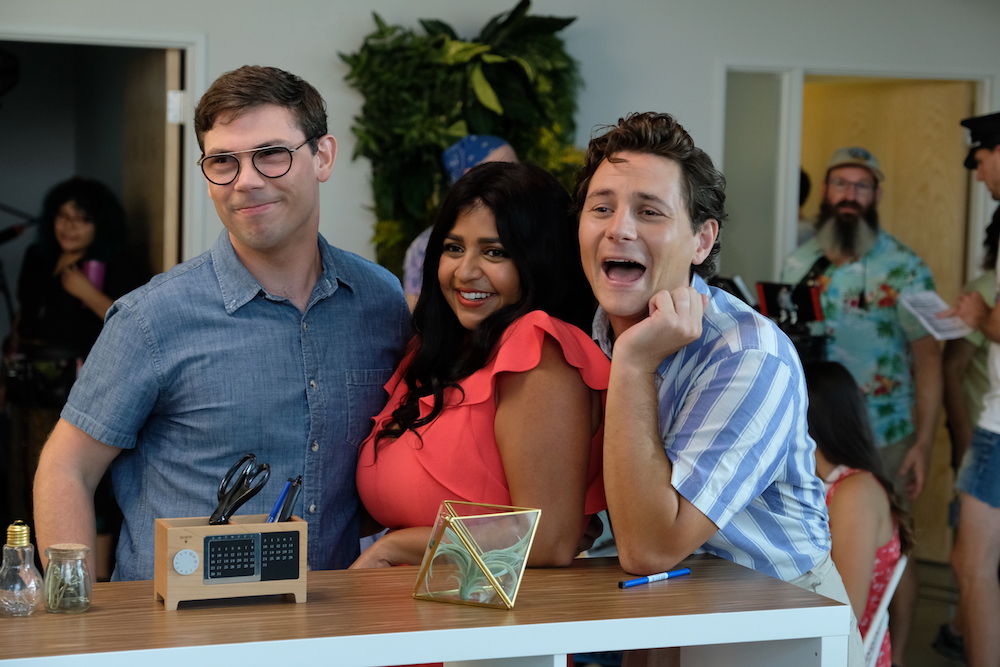 Another of the series’ quietly revolutionary aspects is its frank, no-inhibitions portrayal of dude-on-dude sex, most memorably in a scene where Ryan gets his gay virginity popped by a kindly sex worker (Brian Jordan Alvarez). “I have so many feelings about gay sex. I love gay sex. Like, love, love, love, love,” O’Connell said. “The fact that it’s been completely erased, even from gay films — ‘Call Me By Your Lame‘ — is unforgivable because it’s such an important part of our existence. You either have a lot of sex or don’t, but it’s still important.” (O’Connell candidly detailed his own experiences with anal sex in a 2011 essay for Thought Catalog, where he got his start as a published author.)

The scene also required O’Connell to bare all, legs in the air, as Alvarez’s character guides him through the motions of an often awkward, vulnerable rite of gay passage. “I don’t love being naked. Shocker. But it’s important for bodies like mine to be normalized. And by ‘bodies like mine,’ I mean a disabled body. Bodies that don’t have abs. Normal, average, run-of-the-mill gay bodies,” he said.

Though O’Connell wasn’t obsessed with the idea of shedding his clothes on a set full of strangers and getting “fake-penetrated,” he said, “It’s for my art, honey! I have this opportunity to show my body. Hopefully, people watching will feel a certain amount of healing, and feel okay in their own skin.”

As for the particulars of the gay sex scene, in which he had to wear a “cock sock” on set, O’Connell added, “I feel less anxiety about my asshole being exposed than my dick, and I don’t know what that says about me.” 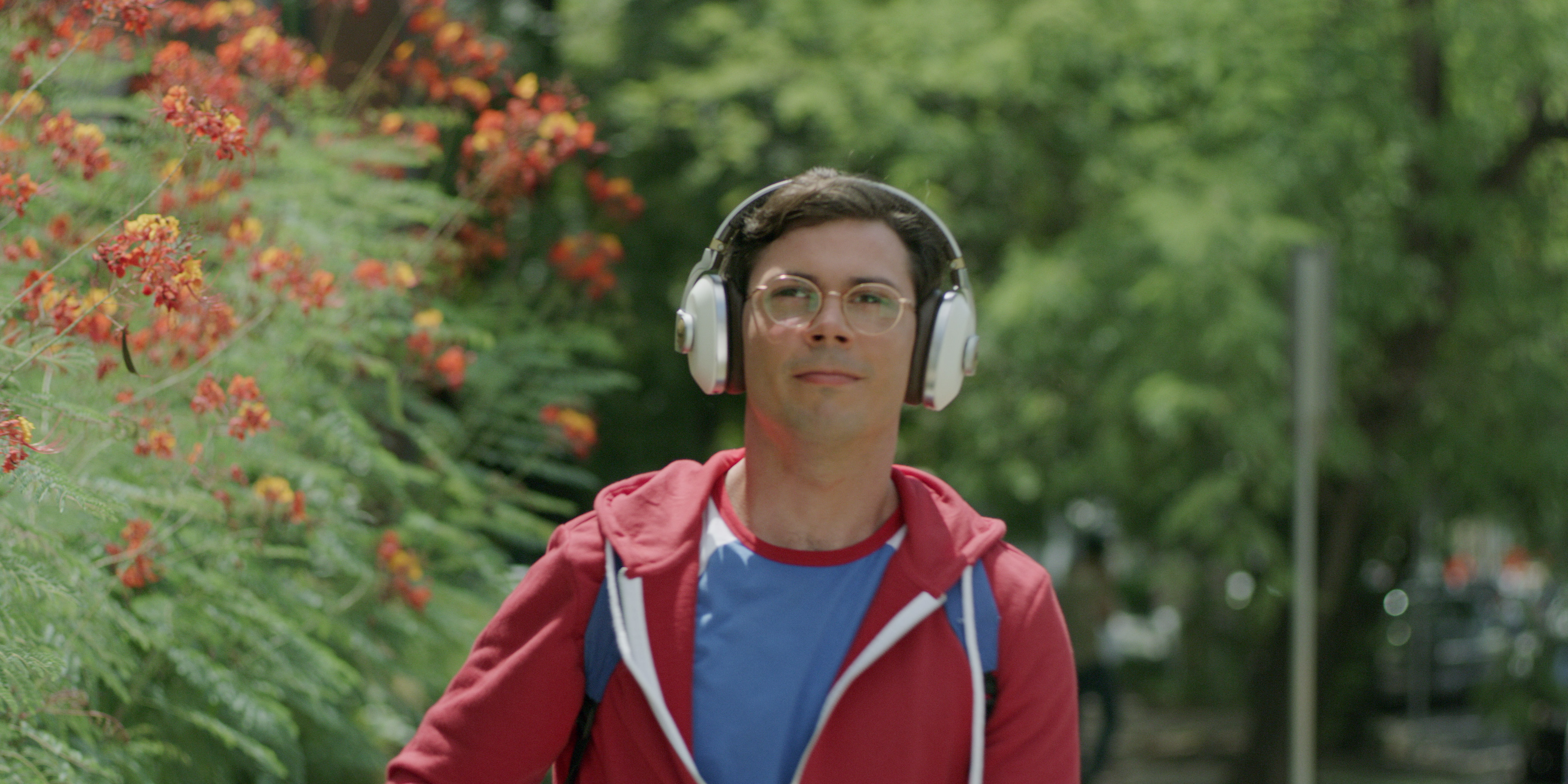 As for the series’ Emmy nominations, the news came to him as a shock. “It’s surreal. This show was made for $2 and a prayer in Austin, Texas, in a hot summer,” he said. “It was a magical shoot. It was was sort of like a #blessed shoot. I say #blessed because when you’re doing something on a micro-budget, there are a million things that can go wrong, and they just didn’t ever go wrong.”

As for O’Connell’s upcoming projects, he sadly had to decamp a gig as a writer on the upcoming “BH90210” reboot for awards season duties, but he’s open to TV and film projects — even for the shameless cash-grab of a Marvel project. “A girl’s gotta eat. A disabled superhero would be really chic, and I feel like I should just put that out there,” he said. “My fucking disabled ass out there, kicking ass.”

O’Connell adapted “Special” from his own 2015 memoir, “I’m Special: And Other Lies We Tell Ourselves,” but he thinks of the Netflix series as less a straightforward adaptation and more of an evolution of his identity — and he’s optimistic about the discourse that “Special” wants to create.

“I wrote the book when I was 26, so I was just kind of a dumb-dumb and I had just come out about my disability. I didn’t understand anything about disability or things like internalized ableism,” he said. “I was so in my infancy with my disabled journey. I couldn’t talk about all the things that I want to talk about now, which is why ‘Special’ was so incredible, because I feel like I’ve grown up so much and have become woke to my own damage, and the damage of living in an ableist society. I feel really lucky that I get to further the conversation that I just barely started in my book.”

This Article is related to: Awards and tagged Emmys, Netflix, Ryan O'Connell, Special