From producer Guillermo del Toro comes a clumsy but admirably bold adaptation of every millennial's favorite YA horror series. 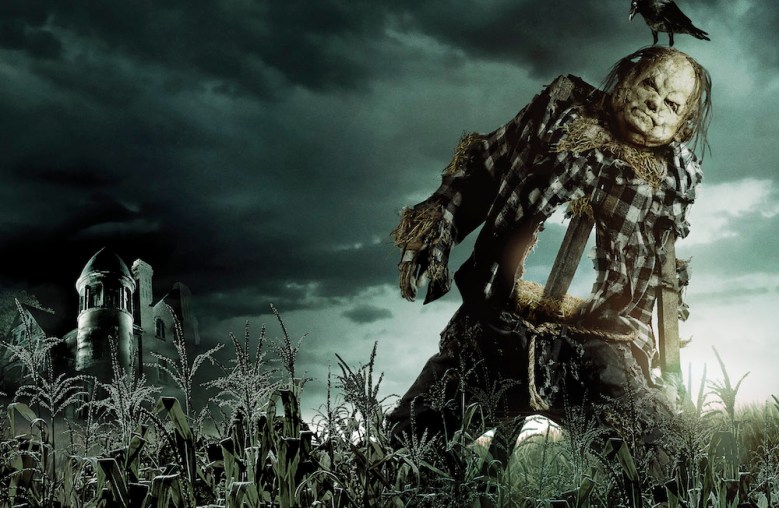 “Scary Stories to Tell in the Dark”

The late American writer and folklorist Alvin Schwartz tapped into the minds of young readers and traumatized generations of eager children by telling otherwise PG-13 horror tales with a transgressive, R-rated glee that made kids feel like they had read something they weren’t supposed to. There’s hardly a millennial in the United States who wasn’t happily scarred by the three volumes of Schwartz’s “Scary Stories to Tell in the Dark” series, and couldn’t describe Stephen Gammell’s rotting illustrations to their therapist in all of their red and blue detail.

André Øvredal’s film adaptation, as clever and well-crafted as it is, can’t help but invert the formula that the source material relied upon for its success. Here is an R-rated concept that’s been watered down until it passed for a PG-13 movie; it’s plenty harrowing and full of gruesome effects, but it never feels dangerous. It never feels like it could be coming for you next. A portion of the blame for that can be chalked up to the basic nature of making something that has to perform at the summer box office before it plays at sleepovers, and “Scary Stories to Tell in the Dark” is very much a movie that tries to split the difference between the YA crowd and a general audience.

More often than not, that approach is the film’s Achilles’ heel. The beauty of Schwartz’s urban legends was in their simplicity: In a hook on a doorknob, a ribbon around a girl’s neck, or — maybe worst of all — a pair of headlights in your rearview mirror. Dan and Kevin Hageman’s screenplay, however, is guided by the kind of 21st century “everything is connected” mentality that molds cinematic universes, and it contrives a way to bind all of the Scary Stories it borrows into one master narrative. The result is a movie where even the most frightening things never feel like they might follow you home.

On the other hand, the script’s attempt to twist an anthology into a linear narrative is also the movie’s greatest strength. In trying to make something that isn’t for kids so much as it’s about kids, Øvredal and the Hagemans have created a smart (if scattershot) mosaic about something that all children should be deathly afraid of: Adults who make children pay for their mistakes.

“Scary Stories to Tell in the Dark” is a movie about the Vietnam War. Really. And racism, domestic abuse of the differently abled, and all of the other stories that people tell themselves and each other in order to get away with murder. Øvredal’s film is set in a small Pennsylvania town in the fall of 1968, as Nixon prepares for the election and the draft is in full effect. Halloween is nigh, and Stella (Zoe Colletti) — despite being a smart tween bookworm who’s got Vincent Price on her wall and knows every line of “Night of the Living Dead” by heart — decides to dress up as a basic witch for some reason. Her dad (a severely underused Dean Norris) is too sad to notice, and her mom isn’t around to care; Stella, of course, assumes that she’s to blame for that.

Stella and her dorky best friends (Austin Zajur and an excellent, amusingly grounded Gabriel Rush) hit the town to get revenge on the local bully (“Brad’s Status” breakout Austin Abrams), only to find themselves running for cover in the darkness of a drive-in theater; the Stephen King of it all is way too strong at times, but rich cinematography and well-furnished production design help elevate the movie above the chintziness of most contemporary mainstream horror. It’s there, in the flicker of George Romero’s first masterpiece, that our losers club runs into Ramón Morales (Michael Garza), a Latino out-of-towner with a square jaw and a big secret. Together, the four of them wind up hiding in a haunted mansion on the edge of town, where Stella cracks open an old book written in blood. It’s creepy enough that the tales resemble Schwartz’s work, but it’s even creepier that the blank pages begin to be filled it right before Stella’s eyes, authoring her friends’ hideous deaths as they happen in real time.

From there, “Scary Stories to Tell in the Dark” unfolds like an Amblin-produced remake of “Final Destination,” as our young heroes get picked off — by name — at the hands of a malevolent force they seem powerless to defeat. Fans of the book will recognize a lot of the culprits, from a possessed scarecrow named Harold to a man who screams “Me Tie Dough-ty Walker!” and, um, a suspiciously large pimple. Øvredal, whose “The Autopsy of Jane Doe” played in a similar sandbox with a much gnarlier sensibility, knows how to orchestrate a good scare, and his kill sequences manage to thread the needle between mounting dread and sudden jolts.

The Harold sequence, wickedly gross as the creature effects are, epitomizes how the violence of Schwartz’s writing had to be toned (way) down for this movie, and the zit explosion illustrates how some things are scarier when left to the imagination. But Øvredal thrives when the horror is less aggressive; an illogical scene in the world’s most hostile mental hospital is redeemed by a smiling monster who just wants to whisper sweet nothings in her victim’s ear. It’s one of the few chilling moments where Øvredal’s visuals compare with the spare terror of Gammell’s drawings.

But then the damage is done, a young life is snuffed out (as they often are in this unsparing film), and “Scary Stories to Tell in the Dark” returns to a clumsy scaffolding that only works in the abstract — as a series of threads about kids who are shipped off to pay for a president’s war, or tortured to take the fall for their parents’ faults, or victimized to prop up a racist narrative that justifies systemic oppression. It’s admirable to see a movie like this swing for the fences and try to equate a century’s worth of social ills — a century’s worth of kids who feel guilty for the lots they were given — but neither Øvredal’s direction nor the Hagemans’ script can tie it all together into an experience that amounts to more than the sum of its parts. High-minded as it might be, that approach seems antithetical to Schwartz’s mission: his stories were conceived to haunt kids, but here they’ve been tweaked to heal kids instead. The result is a movie that’s scary enough to get under your skin, but not scary enough to stay there.

CBS Films will release “Scary Stories to Tell in the Dark” in theaters on August 9.

This Article is related to: Film and tagged André Ovredal, Guillermo del Toro, Reviews, Scary Stories To Tell In The Dark