Sometimes clever, often clumsy, and almost always denying Kristen Stewart the space she needs, "Seberg" is a mess from start to finish. 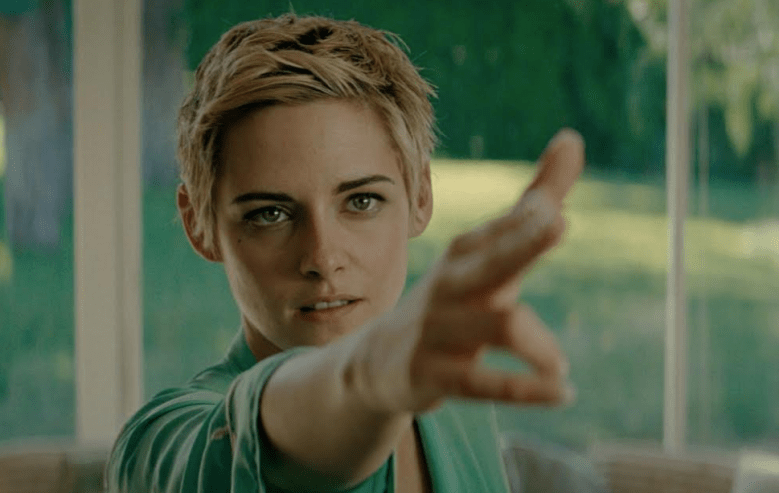 Editor’s note: This review was originally published at the 2019 Venice Film Festival. Amazon releases the film on Friday, December 13.

A fitting punishment for anyone who felt that “Once Upon a Time in Hollywood” didn’t lavish enough love upon the late Sharon Tate, Benedict Andrews’ blandly ill-conceived “Seberg” is proof enough that extra screen time isn’t the secret to a more satisfying cinematic séance.

Which isn’t to say that this scattered look at the last years of Jean Seberg’s life gives the actress its undivided attention. Less a biopic about the “Breathless” star than a paranoid thriller that revolves around her fateful role in the FBI’s COINTELPRO surveillance program, Andrews’ film might position Seberg as its subject, but it ultimately just uses her as a screen on which to project a story about someone else. Whereas Quentin Tarantino suffused Tate’s memory into the very soul of his revisionist elegy, liberating the murdered starlet from her own iconography, Andrews — whose film also takes place in the late 1960s — inadvertently suggests that Seberg is only worth remembering for the residual effect she had on the people who saw her.

Sometimes clever, often clumsy, and virtually always denying Kristen Stewart the space required to breathe new life into the film’s namesake, “Seberg” feels off-balance from almost the moment it starts. A short prologue, set on the day Seberg was almost burned alive while shooting Otto Preminger’s “Saint Joan,” casts a palpably dark shadow over the events to come, but Joe Shrapnel and Anna Waterhouse’s labored script forces the scene to carry too much weight. The rest of the film makes plenty of time for Seberg to throw shade at “Paint Your Wagon” and lament the relative irrelevance of her own work, but these few seconds — in which Seberg is nearly killed for pretending to be a real martyr — provide our only meaningful evidence that she wanted more from life.

On the other hand, “Seberg” is most compelling as a movie that questions why people choose to walk down certain paths; as a story about the very human compulsions that can attract us towards larger causes. When the action picks up in 1968, Seberg — now rocking a slightly longer version of the blonde pixie cut that she helped to immortalize — is leaving her husband (Yvan Attal) and son in turbulent Paris and flying to L.A. for a big audition.

While living it up in first class, this lilywhite girl from Marshalltown, Iowa just happens to cross paths with Hakim Jamal (Anthony Mackie), an outgoing but controversial leader of the Black Power movement. They make eyes at each other, and Seberg decides to join the handsome stranger for a widely publicized salute when they touch down in California (an awkwardly staged moment in a movie that’s full of them). She drives over to Jamal’s Compton house that night because she wants to “make a difference.” And she will — once they’re done having sex.

While the relationship between Seberg and Jamal could easily have filled an entire film on its own, Seberg isn’t the only person here whose horniness leads to an enriched sense of humanity: A young FBI agent named Jack Solomon is soon put on a similar path. Played by a clenched Jack O’Connell, this paper-thin caricature is tasked with listening in on Seberg’s every move, and helping his senior partner — a volatile and sinister Vince Vaughn — do whatever they can to disrupt the actress’ controversial efforts to help black Americans unify against systemic racism (the movie questions if Seberg is just a “tourist” with a deep pocketbook, only to back towards the conclusion that motives are less important than results).

Despite being married to a beautiful and ambitious med student (Margaret Qualley, who’s managed to find a pair of shoes since we last saw her), Solomon is smitten with Seberg as soon as he sees her. It’s “La La Land” meets “The Lives of Others,” as “Seberg” effectively becomes a movie about a lovesick agent following his penis to the profound realization that an unconstitutional government surveillance program designed to oppress marginalized people might not be such a great thing after all. Live and learn! When Jamal — who only speaks in excruciatingly clunky dialogue like “you run around with a handful of nails looking for a cross to die on!” — tells Seberg that the world is changed one mind at a time, you’ll have a sinking feeling that Solomon’s mind is the one the movie cares about most.

In a film that feels like more of a missed opportunity than an outright disaster, the biggest shame of all is that Andrews doesn’t probe as deeply into Seberg as he does into the foil this screenplay has invented for her. Stewart was certainly up to the challenge. Pivoting away from low-status, high-quality parts that contradict her outsized public persona, Stewart embraces her uncharacteristically glamorous and headstrong role — one iconic actress possessing the spirit of another (and doing so in a handful of spectacular costumes, including a dazzling pink gown and a yellow chiffon bathing suit that glimmers underwater).

The most engaging scenes in “Seberg” invite her to own her power, and also to temper it with the naïvete and vulnerability of someone who can’t quite appreciate the full extent to which everything she does will ripple across time and space. She’s always playing with fire, even when she sets them herself, and her best intentions often lead to her worst agonies… as well as to an interminable series of paranoid freakouts, as Seberg spends the twilight of her life being gaslit by the American government.

But Stewart’s performance is often undercut by a film that seems intent on keeping Seberg at a remove. Andrews plays with the idea of windows and screens in order to layer the distance between life and the movies, compassion and complicity, seeing and surveilling, but that approach — luminously rendered in Rachel Morrison’s cinematography — tends to backfire in a way that forces viewers to reject all of these many different realities.

Everything comes to feel inauthentic, to the point where “Seberg” only comes to life when it commits to full-bore theatricality. Andrews is an accomplished stage director whose “Una” was an arrestingly choreographed masterclass in sustained claustrophobia, and there are flashes in “Seberg” — a tense moment in the Solomon house; a bit of hide-and-seek between Seberg and Jamal — when the blocking expresses a vitality that the writing never does. But Andrews is lost at sea whenever things widen out, and his keen eye can’t save this woebegotten movie from its own shapelessness. Bonjour tristesse, indeed.