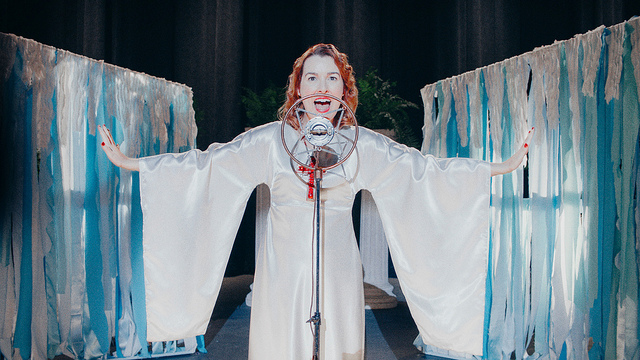 While the story of the 1926 disappearance of evangelist Aimee Semple McPherson may not be known by many, there’s more than enough in the life story of this cult figure to fill many movies. For their narrative feature debut, queer filmmakers Samantha Buck and Marie Schlingmann zero in on the five weeks that Semple McPherson (at one point the second most popular religious figure in the world behind the Pope) went missing in Mexico. As seen in this exclusive first trailer, the result is an often zany, satirical, and feminist musical comedy led by a radiant Anna Margaret Hollyman.

Here’s the official synopsis: “In 1926 America’s most famous evangelist is a woman. And she’s looking for a way out. Fed up with her own success, she gets swept up in her lover’s daydreams about Mexico and finds herself on a wild road trip towards the border. Based on true events. Mostly made up.”

The film stars Hollyman as the eponymous evangelist, whom audiences will know from “Mr. Roosevelt” (2017), “Sleeping With Other People” (2015), and “White Reindeer” (2013). A filmmaker as well, Hollyman premiered her short film “Maude” at the Sundance Film Festival in 2018. In “Sister Aimee,” she plays alongside the very funny Michael Mosley, who stars as Aimee’s hapless lover, and Andrea Suarez Paz, who acts as their steely and mysterious guide.

“Sister Aimee” premiered at Sundance earlier this year in its forward-facing NEXT section. In her review of the film, IndieWire’s Kate Erbland wrote: “Buck and Schlingmann craft a feature that happily adds in questions about ambition, feminism, and power (heavenly or not). For a striving woman like Semple McPherson, recontextualizing her journey into seemingly contemporary terms isn’t too big of a jump, and “Sister Aimee” pairs big ideas with quirky style.”

Buck and Schlingmann took artistic liberties with the story, adding in a tough of queer romance and giving Aimee a wild side. The film opens with a scroll that states only “5.5 percent” of what follows is real, and the rest is pure imagination. “Sister Aimee” is such a good time, you won’t care how much of it is true.

1091 will release “Sister Aimee” in select theaters on September 27, 2019. Check out IndieWire’s exclusive trailer below.

And here is a first look at the official poster: 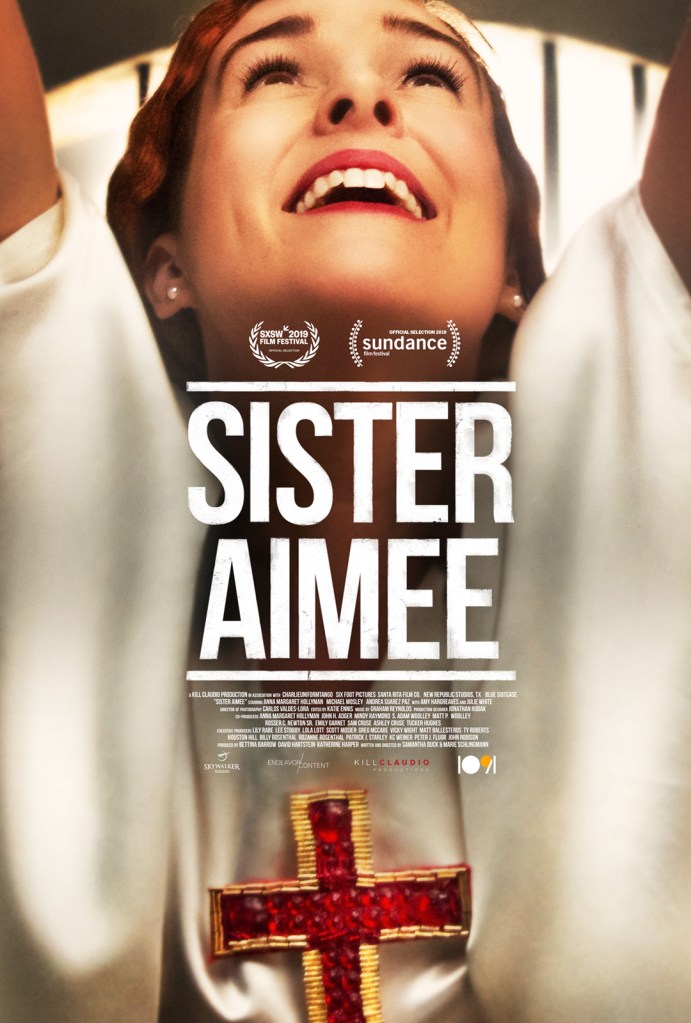 This Article is related to: Film and tagged Sister Aimee