The fall movie season kicks off in Colorado, where other major entries include Edward Norton's "Motherless Brooklyn," Zellweger in "Judy," and "The Aeronauts." 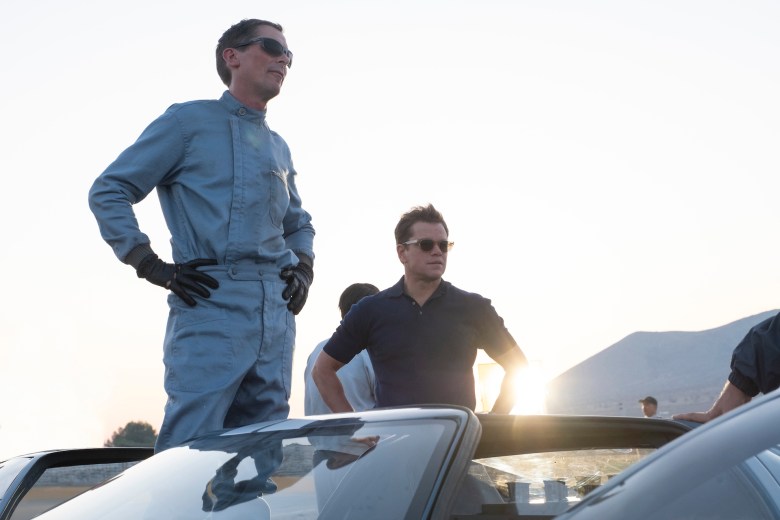 The Telluride Film Festival has announced the 46th edition of its annual lineup. As usual, the setting of the cozy mountain town belies a dense Labor Day weekend filled with the first screenings of several major fall movie season titles. The festival’s premieres include numerous awards season hopefuls as well as splashy tributes to Adam Driver and Renee Zellweger.

That movie will serve as one of two films screening as part of a tribute to Adam Driver, the rare subject of a Telluride tribute with two titles screening on separate days. Driver will appear at the festival with Netflix’s “Marriage Story,” shortly after its Venice premiere, as well as “The Report,” which Amazon Studios acquired out of Sundance. (Telluride typically stages its tribute twice over the weekend.)

In an interview, Telluride co-director Julie Huntsinger explained the decision to include both films in the tribute. “When I saw ‘The Report’ in January at Sundance and we knew about these other things coming down the pipe, we knew it was the season of Adam Driver,” she said, acknowledging that he would be appearing in one more 2019 release, as Kylo Ren in “Star Wars: The Rise of Skywalker” this December. That one won’t make the tribute reel. “I wish so much that we would’ve been able to include a ‘Star Wars’ sneak, but they’d never let us do that,” she said. “But it’s an embarrassment of riches. They’re both such deserving films to be highlighted so we didn’t want one of them not to be part of the tribute.”

Meanwhile, Zellweger will attend a tribute highlighting her work in Roadside Attraction’s “Judy,” director Rupert Goold’s adaptation of the 2005 musical about Judy Garland’s 1969 concert tour. Huntsinger sang the praises of the actress in the title role. “She disappeared fully into this performance,” Huntsinger said. “Sometimes, people can become caricatures when playing known figures, but she does the opposite of that — she’s this fragile version of Judy Garland, but plays it in an organic way, so you see the human being.”

While the looming showdown between several streaming platforms launching this fall continues to create anxiety for exhibitors, this year’s Telluride is poised to make the most of the theatrical experience.

The loudest premiere at the festival is likely to be the Fox-produced “Ford v Ferrari,” Mangold’s snazzy look at legendary automobile designer Carroll Shelby (Matt Damon) and British driver Ken Miles (Christian Bale) as they develop a car designed to go up against the best of the Ferrari racing team in 1966.

In an interview, Telluride co-director Julie Huntsinger downplayed the spectacle of the race track, calling the two-and-a-half-hour movie “an epic arthouse film” and “a terrific artistic achievement with characters who are deeply intelligent.” At the same time, she singled out the movie’s sound design, which will be acknowledged at the festival when sound studio Dolby Laboratories receives the special medallion at the festival prior to a screening. “The races are super old-fashioned, but you definitely feel like you’re there,” she said. 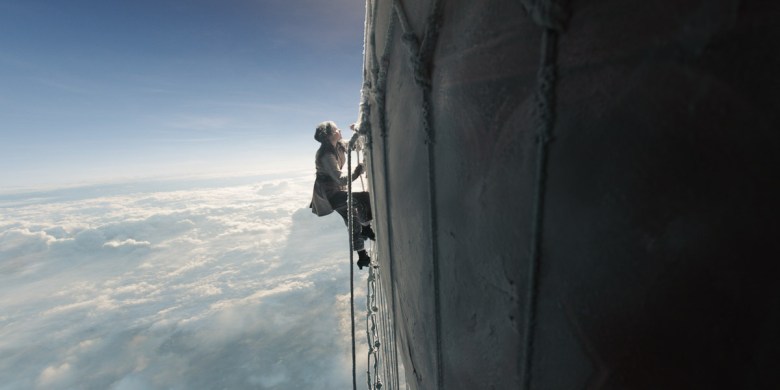 Another big-screen experience, “The Aeronauts,” reunites “The Theory of Everything” co-stars Eddie Redmayne and Felicity Jones for the 19th century story of a scientist and pilot who rode a hot air balloon across the London skies. The Amazon-backed project will receive a one-week IMAX run in October. “It’s magical, fun, big,” Huntsinger said, “and one of those heartwarming adventure movies that just don’t get made anymore. You’re in the balloon with Felicity and Eddie.”

Another movie star heading to Telluride this year makes his debut there as a filmmaker. Edward Norton’s adaptation of Jonathan Lethem’s neo-gumshoe “Motherless Brooklyn” has been a passion project for the actor-director over the years, and he’s finally made it as one of Warner Bros’ major fall titles. Norton stars in the New York noir alongside an ensemble that includes Willem Dafoe, Bruce Willis, Alec Baldwin, and Gugu Mbatha-Raw. The soundtrack includes new compositions by Thom Yorke and Wynton Marsalis. Norton transplants the action from Lethem’s original contemporary setting to the 1950s. Huntsinger said she and co-director Tom Luddy were surprised at how well they responded to the end result. “When we sat down to watch it we thought, ‘Hmm, let’s see,’” she said. “It was a real surprise, and at the end of it, Tom and I were really happy to everyone involved.”

One of the edgier offerings in the lineup looks to be “Uncut Gems,” which marks the Telluride debut from sibling directors Joshua and Benny Safdie. The movie finds Sandler flexing his dramatic muscles in a jittery tale of suspense shot by veteran cinematographer Darius Khondji in his first collaboration with the New York duo. “If you watched ‘Good Time,’ and felt like you might’ve had a heart attack, ‘Uncut’ will give you one,” Huntsinger said, referencing the brothers’ Cannes-acclaimed 2017 effort. “I am worried about this screening at 10,000 feet. People might pass out. But the Safdies are eclectic, talented, and so exciting.”

The movie is one of three titles from distributor A24, which famously launched “Moonlight” on the track to its 2016 Best Picture win with instant Telluride buzz. This year, in addition to “Uncut Gems,” the distributor will bring two other established directors to Telluride for the first time. Kelly Reichardt’s 19th century gold rush drama “First Cow” (which, like “Gems,” was produced by Scott Rudin) will screen at the festival, as will Trey Shults’ “Waves.”

The latest from Shults, whose previous two features — the family drama “Krisha” and post-apocalyptic “It Comes at Night” — were also released by A24, has been positioned as a potential discovery on the fall circuit. “Waves” stars Kelvin Harrison Jr. as a troubled Florida teen, Sterling K. Brown as his demanding father, and Lucas Hedges as a classmate. “Trey is the sort of talent that you can tell we’re only going to see more from,” Huntsinger said. “In three short films, this guy comes and delivers this thing that envelops your heart and soul.” Other distributors making their usual rounds at Telluride this year include Sony Pictures Classics, which is reintroducing its Cannes titles with Pedro Almodóvar’s Antonio Banderas vehicle “Pain and Glory” and “The Climb,” an American dramedy that was a discovery out of that festival’s Un Certain Regard sidebar. Netflix, which made the Telluride stop last year with “Roma,” will supplement “Marriage Story” with “An Inconvenient Truth” director Davis Guggenheim’s documentary “Inside Bill’s Brain” about the life and work of Bill Gates. (Telluride lacks red carpets and splashy parties, but the casual vibe often means that stars can meet under relaxed circumstances — so don’t be surprised if someone spots Banderas and Gates catching up on a street corner.)

Other documentaries at the festival include another Cannes carryover, the soccer biopic “Diego Maradona,” and the return of Israeli documentarian Dror Moreh, whose Shin Bet exposé “The Gatekeepers” was a Telluride hit several years ago. This time, with “The Human Factor,” he takes a closer look at ever-troubled peace talks in the Middle East. “He takes impenetrable subjects and lays them out in a way where everything makes absolute sense,” Huntsinger said. (The documentary will be seeking U.S. distribution.)

Another Telluride regular, board member Ken Burns, typically unveils his latest work at the festival. This year, that means the fifth episode of his upcoming “Country Music” series. “Ken Burns can never be taken for granted,” Huntsinger said. “This whole series is a reminder of how country music is the story of America. (I really think he should be named America’s official storyteller. He keeps telling our story more intricately.” Telluride will be a real family affair for the filmmaker this year, as his brother, Ric Burns, will premiere the documentary “Oliver Sacks: His Own Life” and participate in a Q&A with Temple Grandin.)

Many of these selections might seem inevitable for the festival, given its history, but Telluride has often served as a launchpad for more unusual non-fiction achievements, such as “The Act of Killing.” In the 2019 program, that distinction appears to belong to Ed Perkins’ “Tell Me Who I Am,” another Netflix title, which revolves around a man who awakens from a coma with amnesia and whose twin brother feeds him questionable information about his past.

“The less you know about it, the better,” Huntsinger said, but called the movie “a shattering portrayal of family, truth, and what really matters in life.” The other potential documentary breakout, “The Australian Dream,” follows Aussie soccer player Adam Goodes, who confronts the nation’s repressed history of racism after being heckled by racist heckler who turned out to be a teenage girl. “His story is very complex and moving,” Huntsinger said. 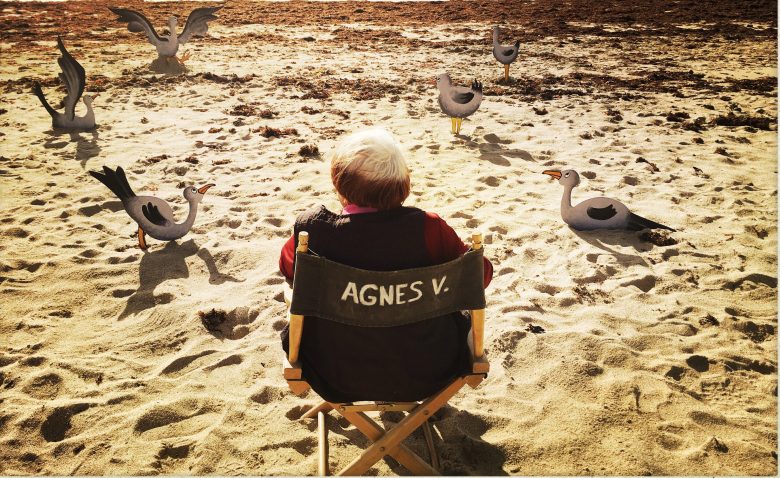 Other events at the festival include a tribute to director Phillip Kaufman paired with a restoration of “The Unbearable Lightness of Being,” and a special screening of “Varda By Agnes,” the final film by French New Wave legend Agnes Varda, to whom the festival is dedicated. Varda’s daughter and producer Rosalie, and her son Mathieu Demy, will attend the festival and participate in a conversation with Martin Scorsese. Huntsinger recalled an exchange with Varda at the 2017 Governors Award, when the filmmaker received an honorary Oscar from Angelina Jolie. “She said, ‘Don’t any of the men like me?’” Huntsinger said. “We wanted her to have a nice salute from an important man.”

Much about the Telluride lineup is echoed across the other major fall festivals, including Venice (which began earlier this week) and Toronto. But Telluride squeezes its program into four busy days, and its secretive approach to the lineup has often ruffled feathers with its competitors. It has become tradition unto itself for the festival to shrug off that ongoing tension. “We saw everything we wanted to see, and got everything we wanted to invite,” Huntsinger said. “I think people have realized that every bit of exposure is good for a film, so let’s all show them and make sure they’re discovered. The whole competition thing is anti-cinema. You need to make sure people see these things. It cannot be about the almighty dollar. Those of us who believe in that are sticking together to make sure that happens.”

The 2019 Telluride Film Festival runs August 30 – September 2. The full lineup is listed below, with additional details from the press office.

The 2019 Silver Medallion Awards given to recognize an artist’s significant contribution to the world of cinema will be presented to Academy Award winning actress Renée Zellweger (with JUDY), Oscar nominated actor Adam Driver (with MARRIAGE STORY and THE REPORT) and Oscar nominated Philip Kaufman (with newly restored THE UNBEARABLE LIGHTNESS OF BEING). Tribute programs include a selection of clips followed by the presentation of the Silver Medallion, an onstage interview and a screening of the aforementioned films.