It's “Roma” all over again, as the streamer plans a major Oscar campaign for its Martin Scorsese gangster film. 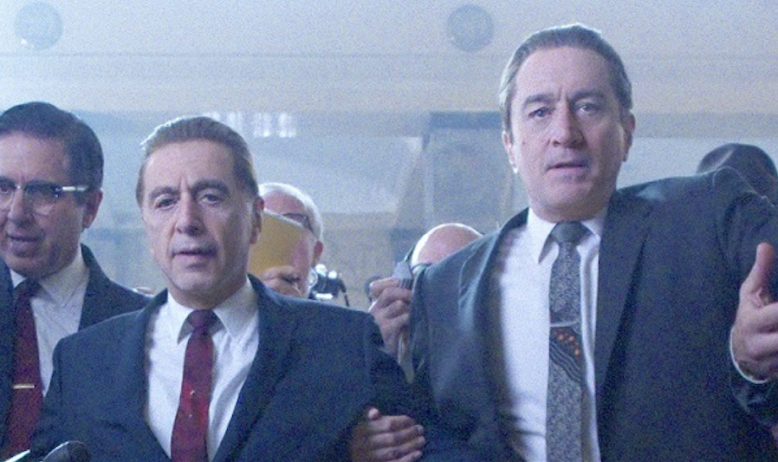 Negotiations over the theatrical release of Martin Scorsese’s “The Irishman” are still ongoing, with no deal yet reached between Netflix and national theater chains AMC and Cineplex, The New York Times is reporting. As with last year’s Oscar winner “Roma,” the major point of contention involves the exclusive theatrical window, with Netflix balking at the theater chains’ insistence that the film play for almost three months before being made available to stream. According to sources familiar with the negotiations, talks stalled in July before beginning again two weeks ago.

“Talks are underway with Netflix about our showing ‘The Irishman’ and other Netflix films, but the outcome of those conversations is not yet clear,” chief AMC executive Adam Aron said in a statement to The New York Times.

Regal and Cinemark are not in negotiations with Netflix.

“The Irishman” is one of Netflix’s major Oscar hopefuls this awards season along with Noah Baumbach’s “Marriage Story.” Netflix will be campaigning hard for “The Irishman,” as the movie fills the streaming platform’s high-profile awards season slot that went to “Roma” last year. However, it remains to be seen just how much “The Irishman” will thrive in the Oscar race as Hollywood continues to express uneasiness about the company’s approach to theatrical distribution.

“There will be some sort of theatrical component,” producer Jane Rosenthal said of the movie. “You have to have that. It’s a different experience than watching it at home. In a theater, you may start to laugh at something because the people next to you are laughing — and ‘The Irishman’ is very funny, much like ‘Goodfellas’ was funny.”