The series is one of the most high profile titles launching on Apple TV+ this fall. 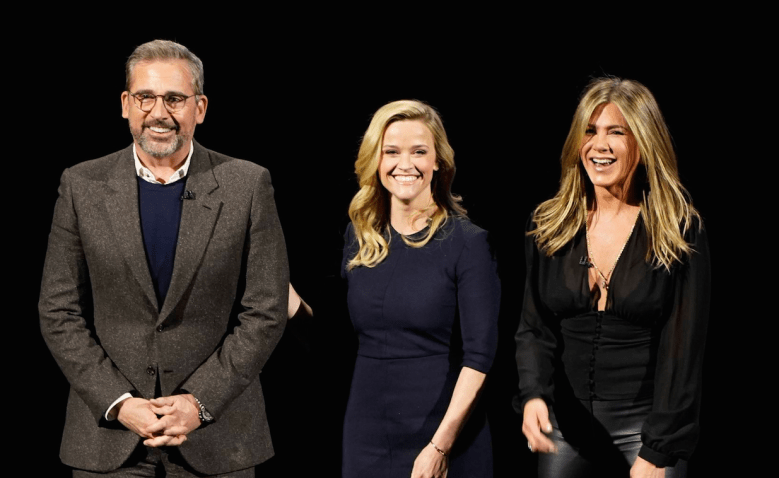 When Apple’s new streaming platform Apple TV+ makes its big debut this fall, it’s going to have some major star power courtesy of “The Morning Show.” The upcoming series pairs Reese Witherspoon and Jennifer Aniston for a comedy-drama about the behind-the-scenes happenings at a popular morning talk show. Witherspoon is no stranger to television and is coming off the second season of HBO’s limited series “Big Little Lies,” while Aniston is an Emmy winner from “Friends” but has not had a series regular TV role since wrapping her run as Rachel on the mega-successful NBC comedy series.

“The Morning Show” is inspired by CNN senior media correspondent Brian Stelter’s 2013 book “Top of the Morning,” which explored the morning show rivalry between NBC’s “Today” and ABC’s “Good Morning America.” The series’ plot specifics have yet to be revealed, although at an Apple TV+ event earlier this year Witherspoon teased the show is “a high-velocity thrill ride in which we pose questions without easy answers.”

If pairing Witherspoon and Aniston wasn’t enough star power for “The Morning Show,” the series is also bringing Steve Carell back to television in his first series regular role since wrapping “The Office.” The supporting cast includes indie film powerhouses like Bel Powley, Gugu Mbatha-Raw, Billy Crudup, and Mark Duplass. Néstor Carbonell of “Lost” and “Bates Motel” also stars. Behind the camera is Mimi Leder, the acclaimed director whose credits include “The Leftovers” and “On the Basis of Sex.”

For Apple TV+, “The Morning Show” is perhaps its most high profile title heading into its fall launch. While Disney+ will attempt to dominate the streaming market for kids and families, Apple TV+ is targeting young adults and adults with a huge slate of original drama and comedy series from the likes of J.J. Abrams, M. Night Shyamalan, “Outlander” creator Ronald D. Moore, “The Big Sick” Oscar nominees Kumail Nanjiani and Emily V. Gordon, and more. Apple has yet to announce the launch date for Apple TV+, but it’s likely “The Morning Show” debuts that day, given its star power should bring in potential subscribers.

“The Morning Show” will debut on Apple TV+ sometime this fall. Watch the first official trailer for the series in the video below.