The series is inspired by CNN senior media correspondent Brian Stelter’s 2013 book “Top of the Morning." 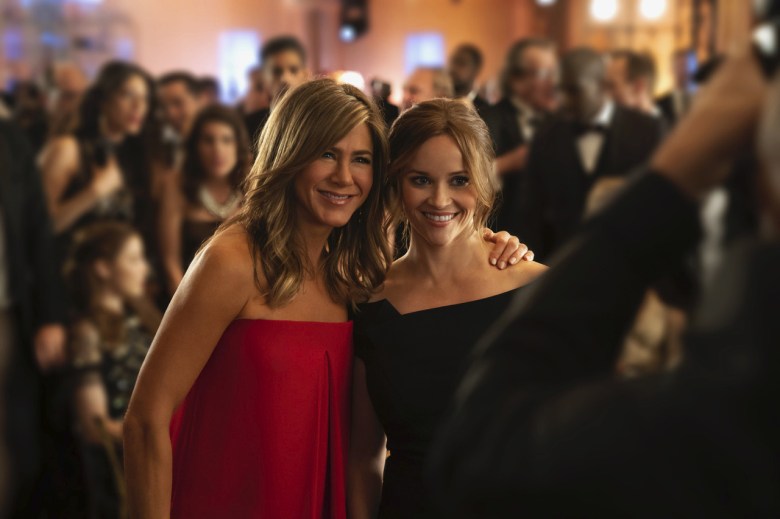 “The Morning Show” is one of several original series that will premiere on Apple TV+.

Here’s the official synopsis from Apple TV+: “Executive-produced by Jennifer Aniston and Reese Witherspoon, who star alongside Steve Carell, ‘The Morning Show’ explores the high-stakes world of morning news and the lives of the people who help America wake up in the morning. Told through the lens of two complicated women working to navigate the mine field of high-powered jobs while facing crises in both their personal and professional lives, ‘The Morning Show’ explores ego, ambition and the misguided search for power.”

The series is written by Kerry Ehrin of “Bates Motel” and directed by “The Leftovers” and “On the Basis of Sex” helmer Mimi Leder, both of whom also serve as executive producers on the fledgling series. Michael Ellenberg also executive-produces. “The Morning Show” marks the return of both Carell to television, where he established himself with the comedy series “The Office,” and Aniston, made iconic with “Friends.”

The trailer for “The Morning Show” promises juicy, must-see television, with Primetime Emmy winners Aniston and Witherspoon (hot off the recent revival of “Big Little Lies”) verbally duking it out on the eponymous news program. Witherspoon has promised “a high-velocity thrill ride in which we pose questions without easy answers.”

Though Aniston and Witherspoon have proved to be deft comic actresses on the small screen, “The Morning Show” looks to be a vehicle where both the actresses can stretch their dramatic muscles.

Watch the first trailer for “The Morning Show” below. The series will debut in the fall.