As they helped finance 2018 Sundance hit "The Tale," Jason Van Eman and Ben McConley were allegedly running a scam to bilk millions from would-be investors. 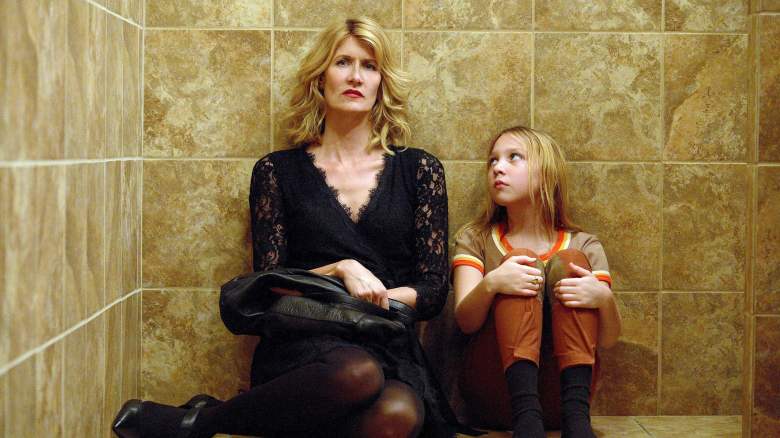 Laura Dern in “The Tale”

Two executive producers, whose credits include the 2018 Sundance hit “The Tale,” are facing federal fraud and money laundering charges for allegedly running a scheme to bilk millions from investors who thought they were backing independent film projects. According to their indictment, the men instead used the money to spend lavishly on themselves: luxury cars, private air travel, real estate, and more.

According to the indictment, McConley and Van Eman lured potential investors with the promise of “matching” their investments dollar for dollar, which they claimed to use to secure a loan to pay for the film’s production. The victim would transfer money to accounts controlled by the men, which they would use for their own purposes. Rafael would falsely assure victims about the security of their funds, using Wells Fargo emails and letterhead to write that the funds had been matched and/or lines of credit applied for. He continued to pose as a bank employee following his 2015 termination.

Each man faces four charges in federal court in Florida, according to court documents that imply the amount stolen could have been in the tens of millions.

WeatherVane and lawyers representing the men did not return requests for comment. A Wells Fargo spokeswoman said as a matter of policy the bank cannot comment on current or former employees.

Beginning in 2015, several alleged victims filed lawsuits against the men, laying the groundwork for the current criminal case. The would-be investors said they put up as much as $1.55 million to fund various film projects, including “Inside Game,” a fact-based drama due out this year starring Will Sasso and Scott Wolf about an NBA referee and a bookie’s betting scam.

A Silicon Valley venture capitalist, Paul Martino, alleged the men bilked him out of $1.25 million that was supposed to go toward financing the Randall Batinkoff-helmed film. In 2016, Martino’s 818 Media Productions sued the men, WeatherVane, and Wells Fargo, and settled with the bank out of court.

With less than a decade in the industry, Van Eman and McConley built a long list of credits. Many were of the low-budget genre variety like the faith-based “Fishes ‘n Loaves: Heaven Sent” and “The Sound,” a 2017 paranormal horror thriller starring Rose McGowan and Christopher Lloyd.

In recent years, they graduated to higher-profile projects, including “The Tale,” starring Laura Dern, which HBO bought at Sundance in 2018. Dern was nominated for an Emmy for her performance in writer-director Jennifer Fox’s cinematic memoir about her own survival of childhood sexual abuse. Two producers did not respond to an interview request.

One industry source said WeatherVane built up enough of a reputation in Hollywood that they received references from respectable agents and producers. “Up until a year ago, I was still hearing their name,” the source said.

Some of the earliest projects Van Eman backed were produced by Nancy Criss’ Nandar Entertainment, which specializes in family-friendly and faith-based movies including “Fishes ‘n Loaves.”

Criss said Van Eman always came through with his promised matches — until he didn’t. Van Eman was was supposed provide financing for a Nandar project, but a year later, he hasn’t delivered and the matching investor is out a large sum.

Criss said she feels Van Eman may have used his smaller investments in her projects as a means to bolster his reputation. “I do feel like we were a pawn in what he was setting up long-term,” she said in an interview.

After the producers backed several Nandar projects, they moved on to partner with the producers of the 2016 Emily Dickinson biopic “A Quiet Passion” starring Cynthia Nixon.

Sol Papadopoulos, who produced the Terence Davies-directed movie, said he and his colleagues thought they had done thorough homework on Van Eman when they hired a lawyer and spoke to people who said they had successful dealings with the financier.

The most challenging part of the shoot in Belguim and Massachusetts turned out to be dealing with Van Eman, he said.

“Most evenings from the production office in Antwerp, myself and fellow producer Roy Boulter were on the phone to Jason Van Eman chasing the promised funds,” he said in an email. “We got a lot of bank speak to explain the delays. Jason was convincing and in his world he was doing everything he could to get us the funds.”

Those excuses mirror the federal indictment, which alleges the men would state funding delays were due to bank “compliance” issues.

Papadopoulos said the entire sum eventually did come in — in dribs and drabs — but the producers needed a bridge loan to keep production going.

By contrast, a year after the film’s release, the producers approached Van Eman again to see if he wanted to help fund an Oscar campaign for Nixon. Van Eman’s funding arrived almost the next day, Papadopoulos said.

Another producer, who requested anonymity, had a very similar story. “They were a minority investor in our film,” the producer said. “But they ended up funding only a portion of what they contractually agreed to, missed funding deadlines, and at one point even recalled a wire they had sent. Their actions jeopardized the production and forced us to get a bridge loan.”

Court documents describe how the men would use new investors’ money to pay off settlements and other legal costs. In the wake of those lawsuits, Van Eman and McConley allegedly hired a firm to scrub the negative information about them from the internet.

One example of that effort might have been a 2017 press release that remains online announcing WeatherVane and McConley’s Forrest Capital Partners had resolved their dispute with a low-budget production company.

The release concedes the motion picture business can be a dirty one: “As WeatherVane Productions and Forrest Capital Partners have moved through the muddy waters of financing films for the past five years with a true second money match investment, it has not come without hiccups from all sides of the production.”

This Article is related to: Film and tagged Lawsuit, The Tale