Here's a mini primer to yurei, bakemono, and more in relation to the AMC series' depiction of Japanese American internment. 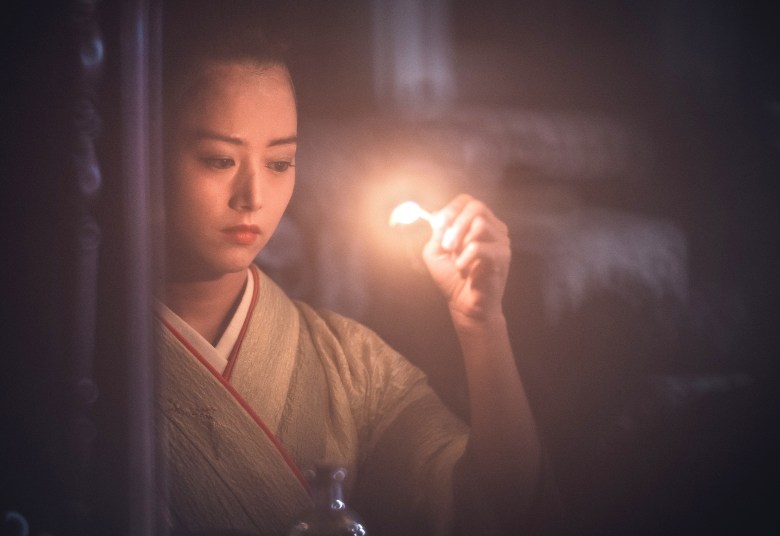 [Editor’s Note: The following article contains spoilers from “The Terror: Infamy” Episode 2, “All the Demons Are Still in Hell.”]

Jordan Peele’s groundbreaking 2017 film “Get Out” uses horror tropes to highlight the real-life gruesomeness of racism in America. And although “The Terror: Infamy” wasn’t directly inspired by that film, showrunner Alexander Woo acknowledges that viewers might deem the projects similar.

“I think it’s not an unfair comparison. ‘Get Out’ is a terrific movie… I think it does make you feel — if you are not — like someone who is a black person surrounded by a bunch of white people,” said Woo. “For only two hours, you get a sense of the isolation and the alienation you might feel.”

AMC’s “The Terror: Infamy” is a period drama that tells the WWII story of Japanese American internment through the lens of Japanese horror, specifically, the Japanese ghost stories known as kaidan.

“We’re hopefully trying to accomplish something very similar: that you’re inside the shoes or inside the skin of the people who lived 70, 75 years ago. We’re telling the story of a very underserved piece of American history using the vocabulary of the Japanese-style horror as an analog for the terror of the actual historical event,” said Woo.

“I don’t want the audience to feel removed from the events that are happening on screen. What a horror movie or horror series does is it makes you feel viscerally in the shoes of the person whose trapped in the house or the person who’s running away from the monster or whatever it is,” he continued. “So we’re using that style, that language, to make you really feel how terrifying the experience of the Japanese Americans who lived through this terrible experience — how it really was.” 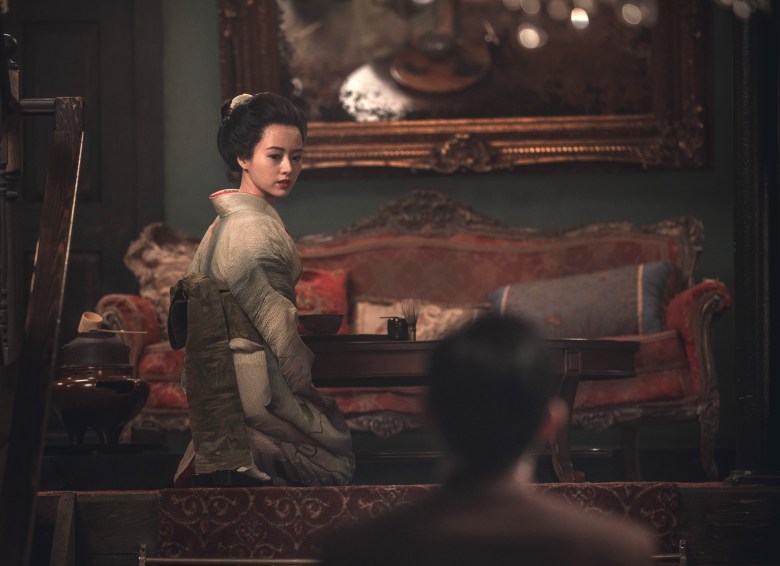 The kaidan, sometimes transliterated as kwaidan, is a specific type of old-fashioned Japanese ghost story with folktale elements. The stories often revolve around karma or vengeance.

American audiences may recognize some kaidan films already, ranging from Hideo Nakata’s “Ringu” and “Dark Water” to 2002’s “Ju-On: The Grudge” or the horror-comedy “Hausu.” In researching kaidan films, Woo also turned to Masaki Kobayashi’s 1965 anthology film “Kwaidan,” which features four separate tales from Lafcadio Hearn’s collections of Japanese folk tales. This older film is a good indicator of the pervasive sense of anxiety, married with gorgeous visuals, that “The Terror: Infamy” aims to evoke.

“We lean much more toward the style of Japanese horror that is psychological creepiness as opposed to the really gory slice and dice [such as ‘Audition,’] which is extremely, extremely scary. But we’re not getting into the sort of gross-out style of movie and more toward the creepy, ghosty type. You have that feeling of real, constant atmospheric dread,” said Woo. “I think we want to keep the scare inside the brain as much as possible.”

In the series — and the trailer below — “The Terror: Infamy” introduces a few basic terms essential to understanding kaidan:

The yurei is a spirit, somewhat similar to the Western ghost, that is kept from the peaceful afterlife for any number of reasons, ranging from the deceased being denied a proper burial ceremony to death by murder or suicide. An obake is a shapeshifter that is a type of yurei, a deceased person who has taken on another form. A bakemono, however, is a shapeshifter whose original form was not human, such as a fox (kitsune), a plant, or an inanimate object.

In Episode 2, Yamato-san (George Takei) suspects the youthful Nick Okada of being a bakemono since various men have disappeared without a trace when he’s been around. It’s revealed that Nick is actually an informant for the Department of Justice providing the names of innocent Japanese American men, whom were then taken by the government. Although Nick is just a human after all, Yamato-san’s instincts were right about the young man’s untrustworthy nature. Real-life horror has been interpreted through the language of kaidan.

The yurei known as Yuko (Kiki Sukezane) is introduced when she appears first to Chester Nakayama (Derek Mio) and other people in his circle of family friends, mainly those who attended the funeral. Although her interactions with Chester and Toshiro (Alex Shimizu) were confined to conversations, she was somehow responsible for blinding Mr. Furuya (Eiji Inoue) and getting Mr. Yoshida (James Saito) shot by guards. Whoever Yuko comes into contact with feels a combination of fear, confusion, or helplessness. Why have they been singled out to be haunted? Why is she doing this? These are similar to the emotions of the Americans who’ve suddenly been labeled as enemies and ejected from their homes. 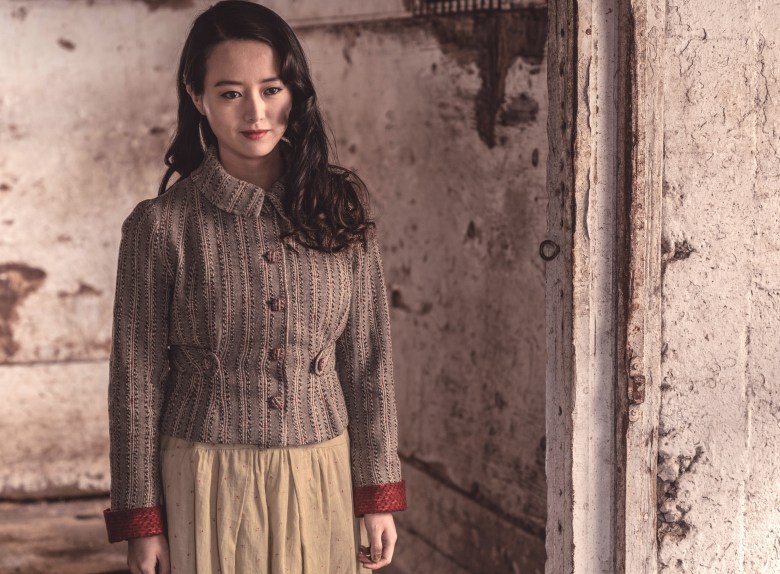 An essential part of any kaidan film is to understand the yurei. By giving the spirit peace — by performing burial rituals, fulfilling its desire, or carrying out revenge — it’s hoped that the yurei will then be able to move on from the material world. “The Terror: Infamy” will ramp up the horror of Yuko, but then start to reveal why she’s acting out against the Terminal Islanders.

“In a horror movie, where it’s one emotional experience and you have two hours, generally speaking, the monster’s the monster. The yurei crawls out of the television set. That’s all you’re going to get,” said Woo.

“Here, we have a longer time period — in screen time, 10 hours, in story time, several years — to do something a little bit different. Unlike, for instance, [Season 1 spirit creature] the Tuunbaq, which has always been a monster, always been a creature, a non-human, a yurei has at some point been human. There is some real trauma, some pain there and at least to motivation for this vengeance, this hunger, that consumes her.”

On a related note, Obon or Japan’s Bon Festival celebrates the spirits of one’s ancestors and is thought to even release the spirits from suffering if they still haven’t achieved their permanent resting place. This year, Obon just happened to occur in conjunction with the premiere of “The Terror: Infamy” in mid-August, which might be an auspicious omen for Yuko and who she’s haunting.

This Article is related to: Television and tagged Alexander Woo, AMC, The Terror: Infamy