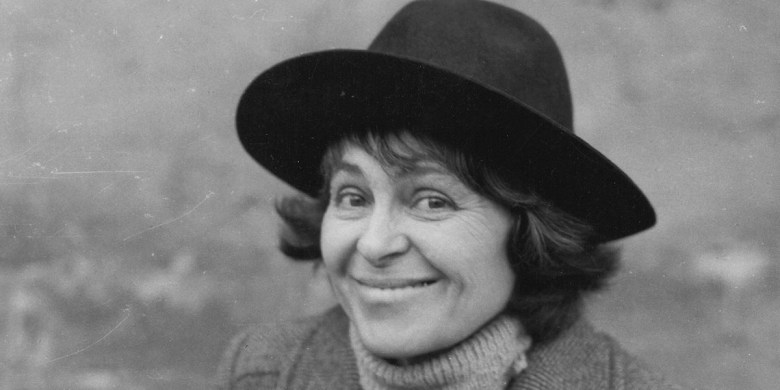 Now, Cousins has completed the project, and TIFF is giving it a lot of space: The entire 14 hours of “Women Make Film” will screen at the festival in five separate installments. “I think that the film is going to rewrite film history and how we understand the role of women directors,” TIFF Docs programmer Thom Powers said.

The previous installments screened quietly at the festival because “Mark was low key about it as he finished it,” Powers said. He wasn’t concerned about how moviegoers would make time for the finished product in the midst of a hectic festival schedule. “It’s not a sequential thing,” Powers said. “He’s constructed it like a film class. Each chapter looks at a different theme of filmmaking, whether it’s a close up or a tracking shot, but all the illustrations are drawn from films directed by women.”

Cousins spent years scouring archives for films directed by women, and the finished project includes around 700 clips from 183 films around the world. “You can watch any two hours of this and scribble down names of filmmakers you’ve never heard before,” Powers said.

“Women Make Film” will be seeking distribution at the festival, with U.K. outfit Dogwoof handling sales. Cousins’ previous epic film history project, the 15-hour “The Story of Film,” wound up airing on Turner Classic Movies alongside many of the films it surveyed. Powers said “Women Make Film” deserved a similar fate, but could also fit into the evolving market of festivals buyers. “It will be best consumed as an episodic piece that you could easily break it into hourlong sections,” he said. “For an ambitious streaming platform, it presents an extraordinary opportunity.”

Last year’s TIFF was notable for several major documentary sales, including Neon’s acquisition of “The Biggest Little Farm,” Sony Pictures Classics taking “Maiden,” and the African nature odyssey “Elephant Queen,” an early acquisition for Apple’s burgeoning original content team. That emerging player is likely to be scouring for more titles in the 2019 lineup, as the company hired former A&E documentary veteran Molly Thompson earlier this year. They’ll be rubbing shoulders with major players in the documentary space, including Netflix, HBO, and Showtime, all of which will also premiere new films at the festival.

In addition to the Cousins film, documentaries likely to intrigue buyers at this year’s TIFF include “And We Go Green,” the latest ecologically-conscious documentary from filmmaker Fisher Stevens, who once again joins forces with producer Leonardo DiCaprio following their 2016 effort “Before the Flood.” The new film centers on Formula E, the racing sport built around electric-powered cars. “The environmentalism in this film takes a backseat to a race car narrative,” Powers said. “You really get to know these drivers and the technology behind their cars.”

Cinetic will be selling “Green” in addition to “Red Penguins,” the latest hockey-related effort from Gabe Polsky. The filmmaker’s previous effort, “Red Army,” focused on the migration of Soviet players to American teams, while “Red Penguins” follows the opposite scenario, with American hustlers trying to bring NHL showmanship to the USSR.

It’s one of two available documentaries dealing with Russian politics, as UTA will be selling Alex Gibney’s “Citizen K,” which profiles oligarch Mikhail Khodorkovsky as he turns against Vladimir Putin. The prolific Gibney is a perennial on the festival circuit, but Powers said “this is top-notch Gibney,” adding that “for people who really want to understand Russian politics, this is really gifted storytelling.”

The final sales title of note hails from the literary world. Endeavor will be selling “The Capote Tapes,” the directorial debut from Ebs Burnough, who previously served as the deputy social secretary for Barack Obama’s White House. The film culls from audio recordings of George Plimpton interviews for an unrealized Truman Capote biography. Powers said Burnough’s political background comes through in the project. “He’s somebody who comes from a world of interesting social circles that gives him a good sensibility for decoding the world of Capote and that upper echelon NYC,” he said. He compared the appeal of the movie to “I Am Not Your Negro,” in that it “reawakens our interest in a writer from that period.”

Meanwhile, major documentary players will be bringing new projects to the festival, starting with the much-anticipated opening night selection. Fresh off its Oscar win for “Free Solo,” National Geographic’s “The Cave” finds Oscar-nominated Syrian filmmaker Feras Fayyad returning to the country to journey into an underground hospital where doctors struggling to save lives while hidden away from the bombing above. (As IndieWire previously reported, the secretive project is being positioned as a fall Oscar contender.)

“I think it really stands apart from other docs about Syria that are often characterized by shaky cell phone footage — understandably, in wartime — but this film brings a different level of cinematic craft to it,” Powers said. “It’s almost like a post-apocalyptic sci-fi movie where the warlords above ground have made life so uninhabitable above the surface that normal citizens have been driven underground to survive.” 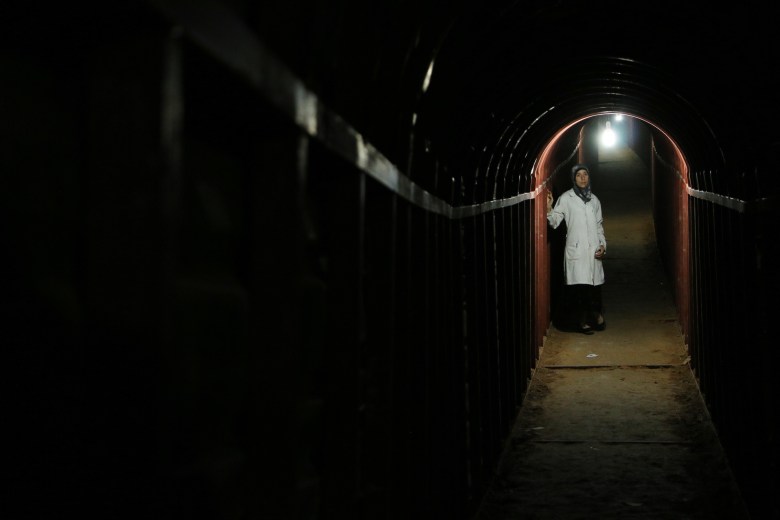 Netflix will bring its own explosive documentary to TIFF this year, “Bikram: Yogi, Guru, Predator,” a sprawling overview of Bikram Choudry, the pioneering yoga teacher who has been accused of sexual assault. That scandal, chronicled last year in an ESPN “30 for 30” podcast, will once again become a hot-button talking point. “This film has ample video documentation of Bikram himself,” Powers said. “You really feel about how he changed people’s lives positively — which makes the betrayals and the sexual offenses feel all the more shocking.”

Showtime has two films in the lineup, including “Ready for War,” which focuses on American immigrants who served in the U.S. military and then got deported to Mexico — where many of them were hired by the cartel. The film, which counts rappers Drake and Future as well as filmmaker David Ayer as executive producers, includes one character whose identity is masked for the duration of the film.

Powers compared director Andrew Renzi to “Cartel Land” filmmaker Matthew Heineman. “There’s real guts that he brings to the storytelling,” Powers said. Showtime also has Laura Greenfield’s “The Kingmaker,” a profile of Imelda Marcos and the history of her family in the Philippines.

Other promising entries include documentary veteran Barbara Kopple’s “Desert 1,” a look back at the 1980 U.S. attempt to rescue hostages in Iran, produced by the History Channel; and Alan Berliner’s HBO-produced “Letter to the Editor,” an essayistic ode to newspapers, which draws on his 40 years of photographic archives. Actress Bryce Dallas Howard will make her own foray into documentary filmmaking with “Dads,” a look at male parenting that includes her famous father, Ron Howard, appearing on camera.

The TIFF lineup makes room for under-the-radar discoveries as well. These include the Romanian documentary “Collective,” which revolves around a journalism team uncovering political scandal in its country’s government, and counts “4 Months, 3 Weeks, and 2 Days” director Cristian Mungiu as an executive producer. “It’s as if you had cameras following Woodward and Bernstein as they uncover Watergate,” Powers said.

Then there’s “Love Child,” from Danish director Eva Mulvad (“Enemies of Happiness”). The film follows an Iranian couple who fled the country under threat of death for an adulterous relationship that produced a child; they wind up in Turkey in the midst of the refugee crisis in 2012. “It’s a really well-crafted film,” Powers said, “but also truly a love story about fighting back against adversity.”

This Article is related to: Film and tagged Documentary Film, Festivals, TIFF