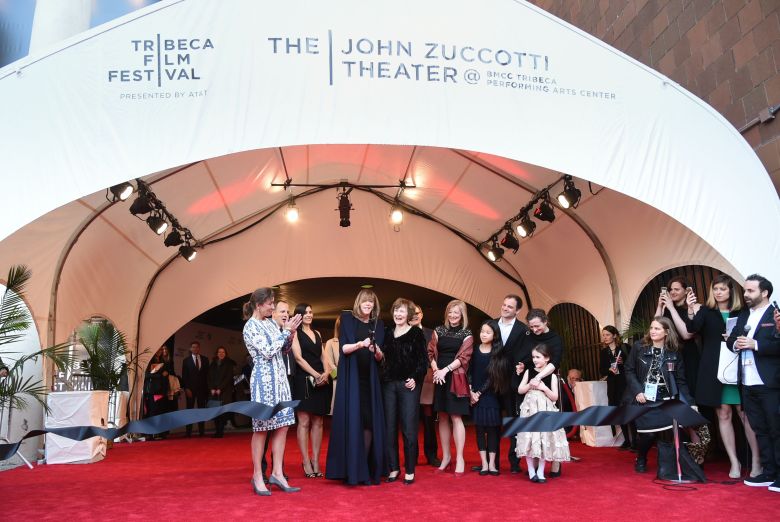 James Murdoch’s Lupa Systems and Joe Marchese’s Attention Capital have teamed up to purchase a controlling stake in Jane Rosenthal and Robert De Niro’s Tribeca Enterprises, including the company’s signature event, the annual Tribeca Film Festival. Per an official announcement from Tribeca Enterprises, the move is designed to “expand the Tribeca properties.” The financial terms of the deal were not disclosed.

Murdoch’s Lupa Systems acquired the stake from The Madison Square Garden Company, Tribeca Film Festival co-founder Craig Hatkoff, and other unnamed investors. Per the release, Lupa and Attention will partner with Tribeca’s existing management team to support and grow the business.

“We are excited about working with Jane and Bob to help grow the unique Tribeca brand,” said Murdoch, Lupa Systems founder in an official statement. “When Tribeca was founded after 9/11, they brought together a tremendous creative community to embark on mission-driven business with civic impact and support for storytellers at its core. It is a real privilege to partner with this talented team to enhance and grow that mission.”

Rosenthal, CEO and Co-Founder of Tribeca Enterprises, added in her own statement, “Our new partnership with James and Joe will bring valuable expertise as Bob and I look to scale and strategically grow Tribeca. James Dolan and The Madison Square Garden Company have been wonderful partners and we look forward to continuing to work with them as their venues host our future festival events.”

Rosenthal will continue to lead management and strategic development. Tribeca Enterprises’ varies businesses include the Tribeca Film Festival, the fledgling Tribeca TV Festival, and Tribeca Studios, a branded entertainment content business. The news comes as De Niro and Rosenthal prepare for the fall season with Martin Scorsese’s Netflix crime epic “The Irishman,” which the pair produced.

The announcement of the acquisition came from long-time Tribeca Enterprises EVP of Communications and Programming Tammie Rosen, who last month announced she was leaving the company to start her own consulting business. It also comes several weeks after reports that De Niro and his son, Rafael, had partnered with investors to buy land in Astoria, Queens, with the intention of building a production studio there.