Emmy-nominated editor Leo Trombetta had to keep a complicated time-switching plot things straight, even when his characters couldn't. 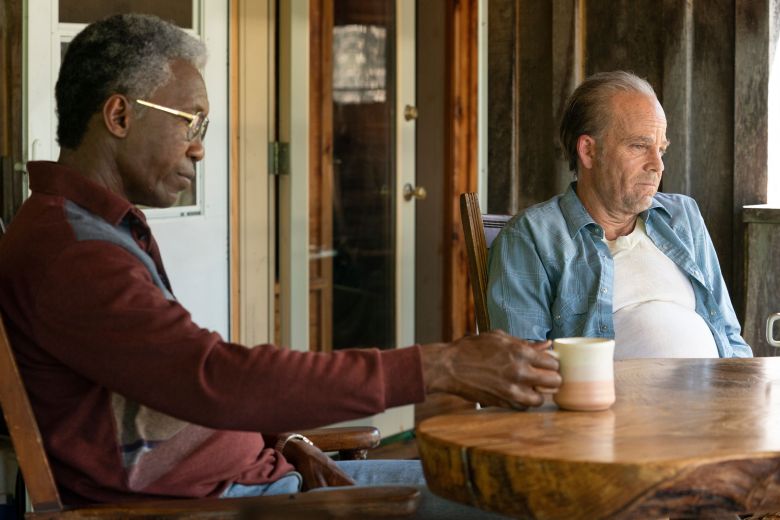 In the third season of HBO’s “True Detective,” Mahershala Ali’s Arkansas cop, Wayne Hays, is haunted for more than 30 years by a disturbing mystery involving two missing kids. Showrunner Nic Pizzolatto weaves a complex narrative, juggling three timelines, and tearing away at Hays’ very soul. And, as sole editor, Emmy-nominated Leo Trombetta had the advantage of keeping track of the important character arcs across all eight episodes, but reaching the point of no return in the pivotal fifth episode, “If You Have Ghosts,” directed by Pizzolatto.

“‘Pivotal’ is the perfect word to describe this episode,” Trombetta said. “Up to this point, the story was being told strictly from the point of view of Wayne Hays, a retired detective in the early stages of Alzheimer’s. By the end of the episode, however, things shift dramatically when Wayne and his partner Roland [Stephen Dorff] agree, despite their advanced ages, to resume their investigation.

“As you can imagine, this was a very complex story to tell,” he added, “not only because of the non-linear nature of the narrative, constantly shifting back and forth across three separate time periods, but because in many scenes, the characters allude to events which we, as a viewer, have not yet witnessed. An example being the references to a killing that’s clearly had a profound impact on both Roland and Wayne but which isn’t revealed to us until the next-to-last episode.” 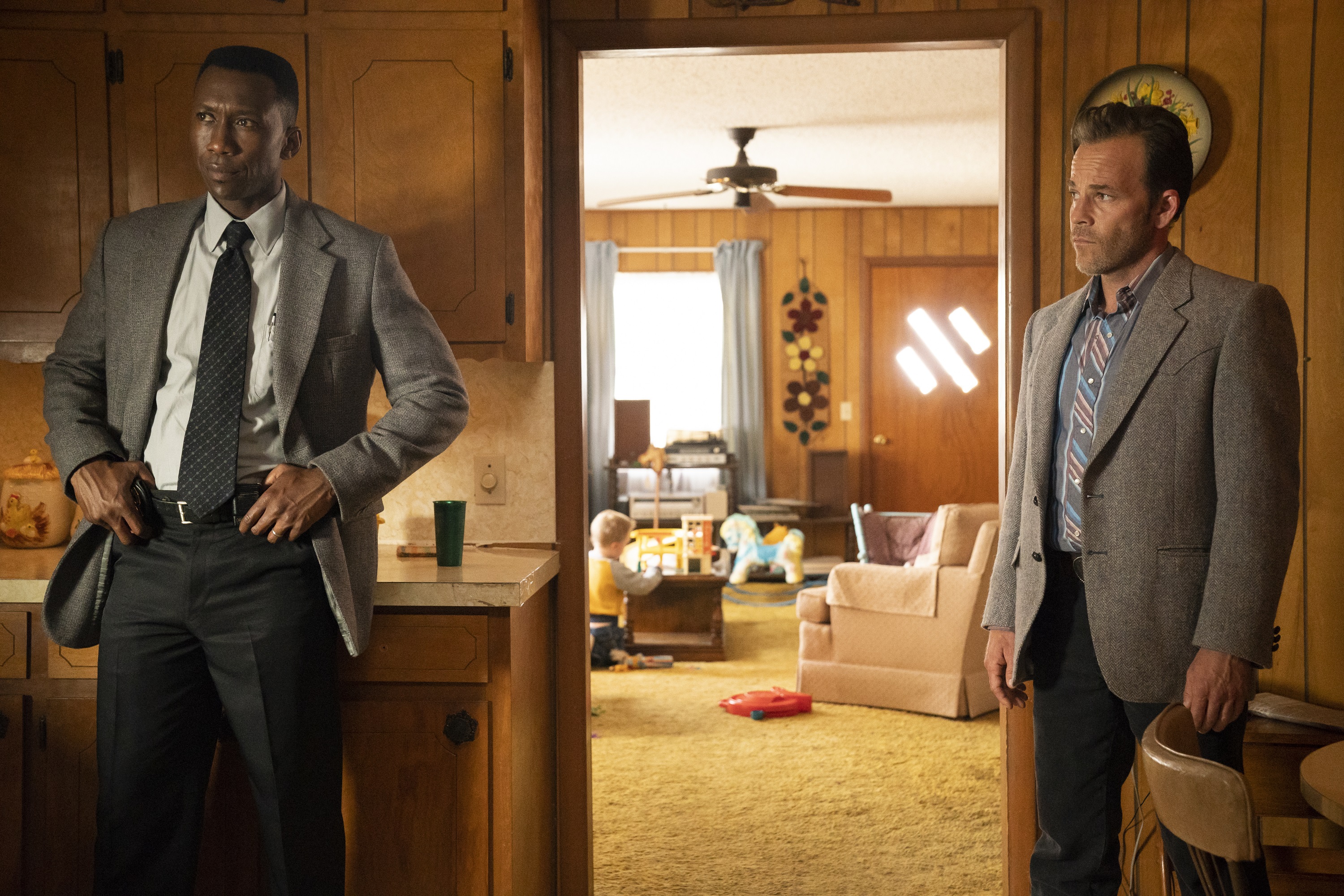 Despite the complexity, though, there was little reshuffling of scenes because of Pizzolatto’s tight script. However, Trombetta recalled sitting in the editing room in Arkansas with Episode 3 director Dan Sackheim, and suggesting they try changing the order of some of the scenes to make references a little clearer to viewers. “It was a good idea in theory,” he said, “but when we played it back, we could instantly see that we’d somehow disturbed the labyrinthine structure that Nic had so carefully devised. That’s when it became clear that there really was a method to the madness.”

But once Pizzolatto became involved in the editing room, he was willing to edit within the episodes. “He was not at all precious with his dialogue,” said Trombetta, “often eliminating whole sequences and even entire scenes in order to tell the story as effectively as possible.”

One of the highlights is a dinner scene hosted by Roland and his girlfriend, Lori (Jodi Balfour), which uncomfortably unravels tension between Wayne and his wife, Amelia (Carmen Ejogo), concerning her journalistic interest in the case. “The dinner scene is one I’m particularly proud of in that it remained unchanged from the moment I first showed it to Nic,” said Trombetta. “Scenes like this, with people just sitting around a table talking, are often the most difficult to make interesting due to the lack of physical movement. The rhythm of the cutting and the choice of shots, then, are critical not only in holding the viewer’s interest but in revealing the emotional subtext of the scene.

“Who is on camera? How big or small is the person in the frame? What is the angle? All these things contribute to your understanding of what’s taking place between the lines. The point of this particular scene was to show Wayne’s growing resentment over his wife’s decision to write a book about his unsolved case – a book that he stubbornly refuses to read. This is directly followed by a scene where Wayne, now an old man, discovers in her book a clue that marks a significant break in the case. I particularly love the little moan Mahershala gives as he realizes how much time and effort he’s wasted because of his foolish pride.” 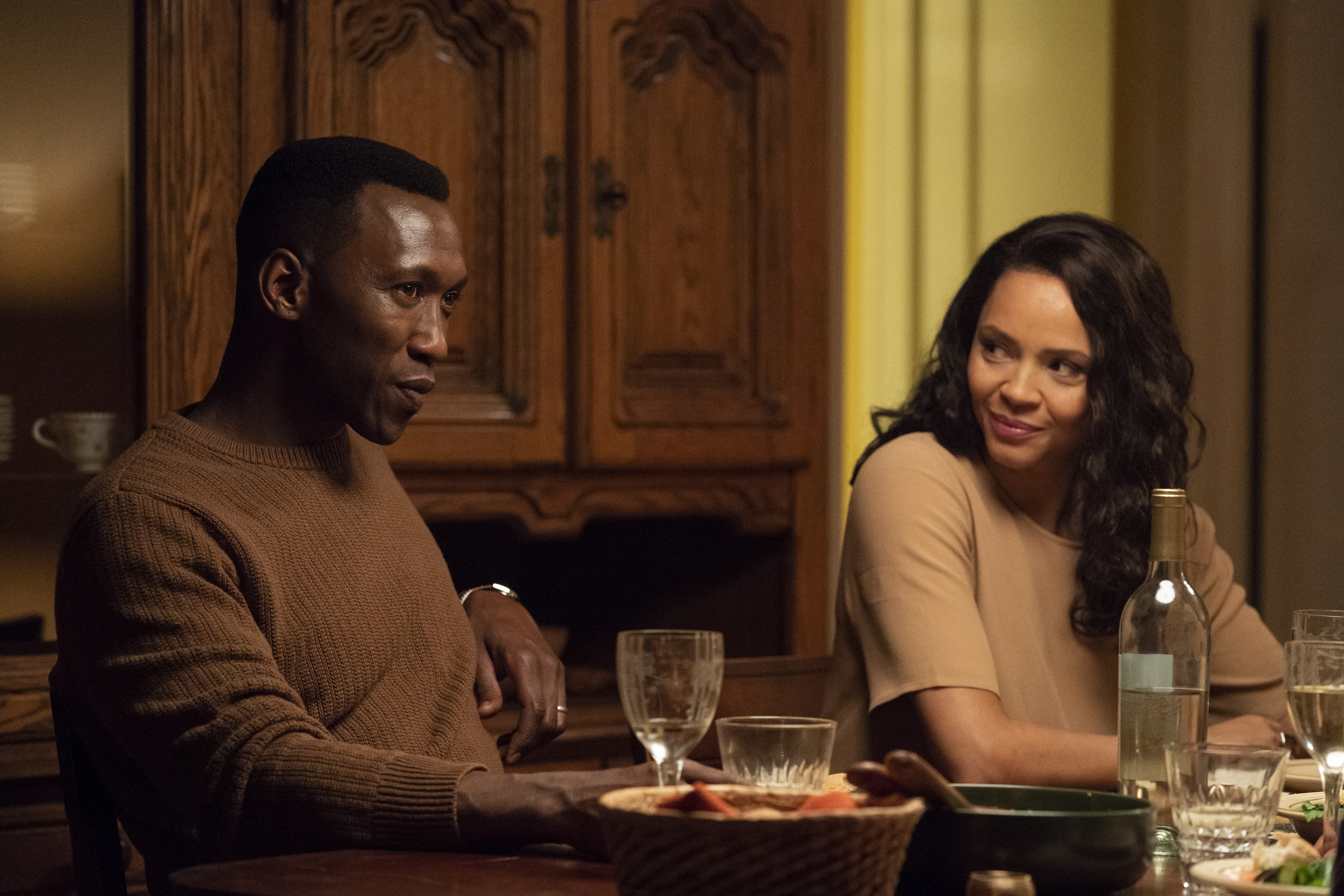 Foolish pride is at the heart of the climactic reunion between the elderly cops on Roland’s porch, the best scene in the entire series, according to the editor. Wayne struggles with Alzheimer’s yet refuses to give up the ghost and asks Roland to help him take up the case again. But Roland first must confront Wayne about the rift between them, forcing an apology even though Wayne can’t remember what he did to make his partner so angry.

“The performances were incredibly real and moving despite the fact that it was so hot during filming that the make-up kept running down their faces and had to be reapplied between takes,” Trombetta said. “The scene on the porch was one that took me several days to cut. The emotional trajectory was so delicate that I did several passes of the scene, slowly refining the performances from one version to the next until I felt it was ready to show to Nic. Both Stephen and Mahershala brought everything they had to this scene and I felt a real responsibility to both their performances and to Nic’s direction.

“By the way, as originally scripted, the scene continued well past the point where Roland agrees to help Wayne. There was dialogue about Amelia and Wayne’s children as well as a hilarious exchange regarding Viagra and the internet. However, it seemed to me that the most satisfying way to end the scene (and the episode) was with Roland finally giving in to Wayne’s request to join him with the line, ‘Well, I could use a laugh.’ When I showed the scene to Nic with that ending, he immediately agreed, asking only that I include a shot of Wayne before cutting to the wide shot that ends the episode.”

This Article is related to: Awards and tagged Emmys, Mahershala Ali, Top of the Line, True Detective