As always, it was the live performances that had people talking at MTV's Video Music Awards. 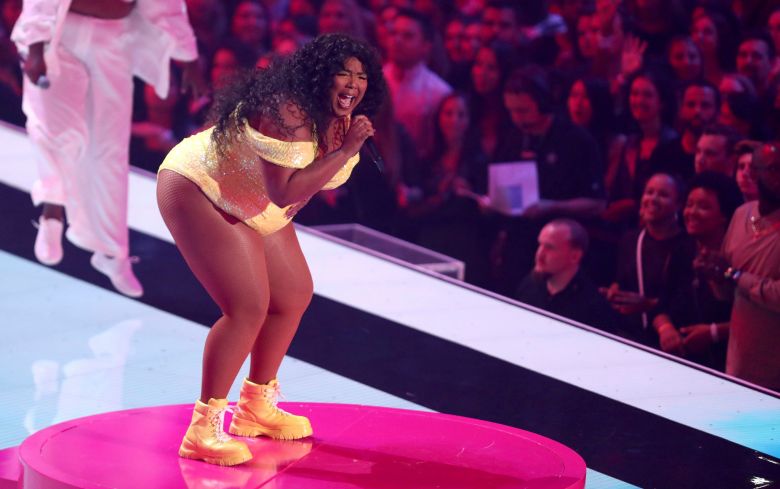 Another year, another crop of memorable performances and winners from the MTV Video Music Awards. This year’s ceremony was held at that Prudential Center, in Newark, N.J. on Aug. 26 and hosted for the first time by comedian Sebastian Maniscalco.

But as is often the case, the real stars of the show were, well, the stars. Taylor Swift not only brought home the awards for Video of the Year and Video for Good, but she also got political during her top of the show performance, advocating for the Equality Act, a bill that would add “sexual orientation” and “gender identity” as protected classes under federal civil rights law.

The real showstoppers came in the form of Normani and Lizzo, however, with the former taking home the award for R&B Video and pulling off a truly bananas performance of her latest single “Motivation, and the latter mashing up two of her motivational anthems in “Truth Hurts” and “Good As Hell” in front of a giant, inflatable butt in a performance that was truly inspiring.

Other winners of the night include Ariana Grande, Billie Eilish, BTS, and Cardi B. See the full list of winners below.

VIDEO OF THE YEAR

Taylor Swift – “You Need to Calm Down” – Republic Records

ARTIST OF THE YEAR

SONG OF THE YEAR

PUSH ARTIST OF THE YEAR

The Chainsmokers, Bebe Rexha – “Call You Mine” – Disruptor/Columbia Records

Taylor Swift – “You Need to Calm Down” – Republic Records

SONG OF THE SUMMER, presented by Samsung