Italian-born, Texas–based filmmaker Roberto Minervini reflects on being an outsider with "What You Gonna Do When the World’s on Fire?" 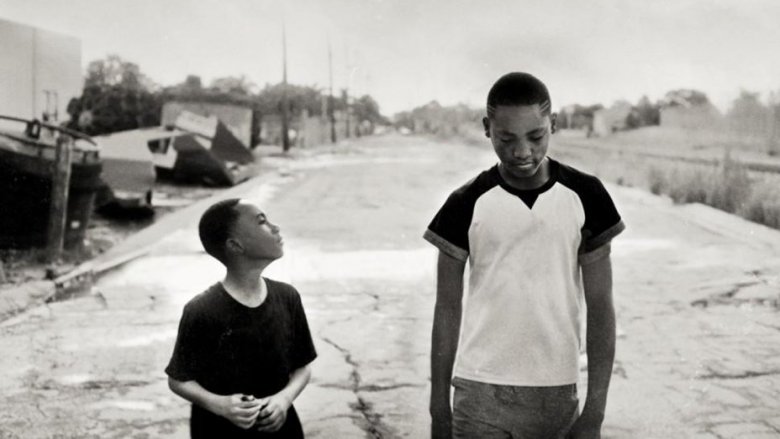 “What You Gonna Do When the World’s on Fire?”

Roberto Minervini’s “What You Gonna Do When the World’s on Fire?” is a documentary portrait of working-class African-Americans in New Orleans mired in struggles for social justice and preservation of their cultural identity. Shot in a high contrast black-and-white, in-your-face style, the film forces the audience to contend with anger and fear. Minervini wants that confrontation to facilitate a much-needed discussion on race, racism, and privilege in America.

“I have captured sections of present-day America where there’s almost this nostalgia for the kind of overt hatred and intolerance that once thrived, and didn’t just emerge with the election of Donald Trump,” said Minervini.

Born in the tiny town of Fermo, Italy off the Adriatic Coast, he moved to New York City in 2000 as an IT consultant for a client based in the World Trade Center. The next year, he received 18 months’ salary from the state as a 9/11 victim, which he used to earn an MA in Media Studies at the New School. He later moved to Houston, which led to a fascination with the American South and what he calls a “paralyzing fear” of the region’s rigid conservative politics, cultural tradition, adherence to religious doctrine, and definitions of masculinity. He’s made five features, all centered on rural lives in Texas and Louisiana, but this is the first dedicated to the African American experience.

He originally conceived “What You Gonna Do When the World’s on Fire?” as a film about the roots of African American music. In 2015, he met Judy Hill, a middle-aged woman trying to keep her family afloat and save her struggling New Orleans bar called Ooh Poo Pah Doo, from greedy speculators. “She comes from a family of musicians who are accomplished, but somehow ended up in poverty,” he said. “So that’s how I entered the world of what the film became, with Judy as the starting point.” 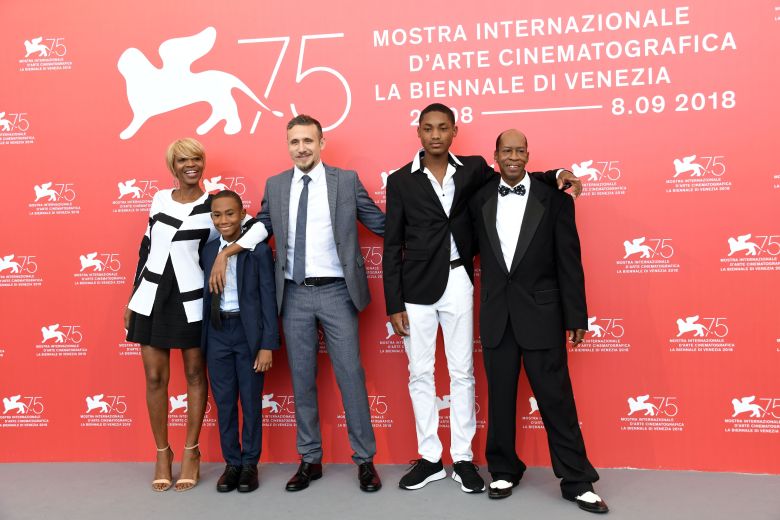 Roberto Minervini premiered ‘What You Gonna Do When The World’s On Fire?’ at the 75th Venice International Film Festival in September 2018 with Judy Hill, Titus Turner, Kevin Goodman, and Ronaldo King.

In time, he met Ronaldo and Titus, two young brothers growing up around violence, with a father in jail; Chief Kevin of the Mardi Gras Indians, who is trying to keep dying traditions alive; and the local chapter of the Black Panthers, trying to stand up against a rise in racial prejudice in the wake of Trump’s election.

Assembled from nearly 150 hours of footage, the film captures a black community in Louisiana that mirrors many others as it comes to grips with the effects of a history scarred by racism, and facing an administration that seems to root against its success. That past includes two events that shook the state and the nation: Hurricane Katrina in 2005, and the death of Alton Sterling, a 37-year-old black man, who was shot by Baton Rouge Police Department officers in July 2016.

“Both were the result of institutional neglect due to systemic racism, and they are so emblematic of the country’s widening racial divide,” Minervini said. “People I spoke to still have very strong feelings and opinions about each tragedy, and both are still very fresh in their minds.”

Minervini knew very little about the community he chose as his subject, and his eagerness to “know the unknown” opened him up to getting close to the people and listen to their stories. “They’re essentially invisible to white people who rarely see go there, not because they’re not welcome there, but because of the socio-economic conditions that are so palpable you can feel the depth of the despair,” he said. “But what I say is, imagine what it is like for the people who have to live there and lack the means to escape it.”

Questions like that are what he hopes audiences ponder when they watch the film, evan as he questions his own privilege. “I live an incredibly comfortable life, and so I had to ask myself how I would enter these stories that are completely foreign to my experience, and whether I even have the right,” he said. “And I realized that a big reason why I am able to do this is because I am a white European male, which allows me the freedom to move around and enter spaces that, let’s say, an African American man could not so easily.”

Despite his “outsider” status, he was able to establish deep bonds with his subjects, and gained access to neighborhoods and communities that would have been off limits to most. He found an urgency to share their realities, fueled by a resurgence of right-wing ideology in the wake of Trump’s presidency. “They really wanted to tell their stories in a way that mattered, and I was genuinely interested in really hearing and documenting them,” the filmmaker said. “Ultimately, people just want to be heard.”

Time was also an ally. Shooting didn’t begin in earnest until 2017, so he had two years to embed himself within the community and invest the time for contemplation and conversation. While this brought him close, it also took an emotional toll as he reconciled being both an “outsider” and an “insider” who had to maintain a certain distance from his subjects.

“It was very difficult, because there were moments of just devastating emotion that would come unexpectedly on any given day, which were tough to handle,” he said. “But the way I dealt with that was to recreate a sense of normalcy by having my family there with me. They were my catharsis, because ultimately, I am there as a filmmaker to document other experiences, which means I have to be emotionally reliable. That’s very important for me.”

The results reflect his dedication. What audiences will experience is an intense, deeply moving documentary, capturing the stories of people navigating despair and precarious paths, whose only desire is to better the world they inhabit. Minervini wants the experience to create brutally honest discourse around the issues his film highlights. “I don’t want us to be so cautious anymore,” he said. “Where do we go from here, is a question we must ask ourselves. The answer lies beyond cinema, which can only serve as the trigger. But we must find a way forward together.”

‘What You Gonna Do When the World’s on Fire?’ opens August 16 in limited release.

This Article is related to: Film and tagged Documentary, Roberto Minervini, What You Gonna Do When the World's on Fire?