10 miles from his house, "5B" co-director Dan Krauss found an incredible story, preserved "like an insect in amber, for over 30 years." 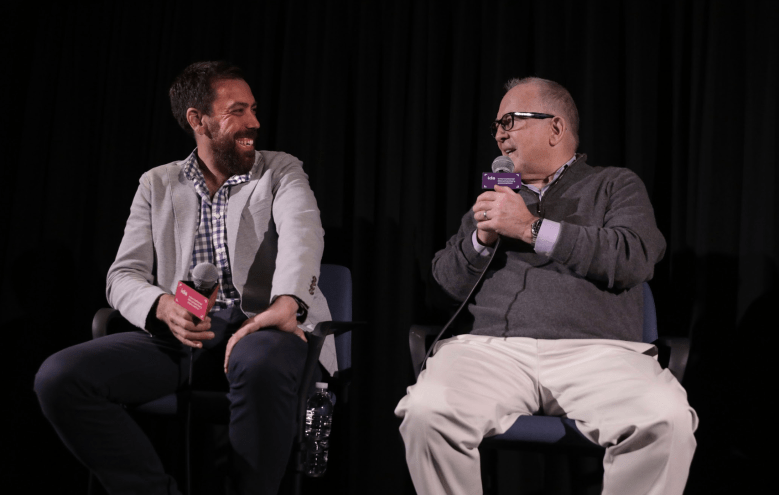 Krauss told the audience at the International Documentary Association’s (IDA) annual screening series that, initially, he thought he’d be traveling to a far-flung location — not one 10 miles from his home in the San Francisco Bay Area.

“We had a vision of traveling to global hotspots and following nurses in Haiti and more contemporary, frontline nursing stories,” Krauss said. “I wish I could take credit for discovering the story, but all credit really belongs to the researchers who were heading the work of finding our story. They came to me one day and said, ‘You know about the story: the first AIDS ward.’ So we had spent a lot of time looking for stories in far-flung parts of the globe, and 10 miles from my house was this incredible story that had been preserved, like an insect in amber, for over 30 years, just sitting there.”

Haggis and Krauss interviewed many of the nurses who helped build the ward, including Cliff Morrison, who spearheaded the project, along with other important figures, including television reporter Hank Plante. At the time, Plante was one of the only openly gay reporters telling the story of his community in San Francisco, and much of the news footage used in the film belongs to him.

“I kind of knew back then, covering AIDS from the very beginning, that this was obviously going to be very big as a story,” Plante said. “And so I started keeping my stories. And not just on videotape — videotape disintegrates — I started keeping them and transferring them to DVD… By the time these researchers called 30 years later, I said, ‘Yeah, I’ll send you three DVDs.'”

It was a difficult assignment to cover, one that forced him to step out of the frame and cry on occasion, but Plante said it was also a “blessing.”

“It’s the work that I’m proudest of in my life,” he said. “I’m grateful that when I got to San Francisco, I had worked in TV for a few years, so I knew how to do the job. I was out, so I’ve taken care of that. And I was ready. And then AIDS came along, and I was ready to cover it. But yeah, it did get to me. It was more than a story to me. These were my friends who were dying. There were many times when I would be at General and I would have to go out into the hallway and compose myself and come back and finish the story. But you know, I had a job to do, and I wasn’t about to cry on TV. The shot of me standing at the AIDS quilt? I was crying right before that.”

He added, “But I say it’s a blessing because we were so powerless in the beginning when AIDS came along. There was nothing — there were no drugs. There was no hope. And so for me, covering it was a way to channel my grief and my anger.”

Watch Krauss and Plante discuss the film following its IDA screening in the video below.

This Article is related to: Film and tagged 5B, Dan Krauss, International Documentary Association, Paul Haggis