Starring Simone Missick, the new series is well-acted and tackles topical issues with a breathtaking pace, although without much depth. 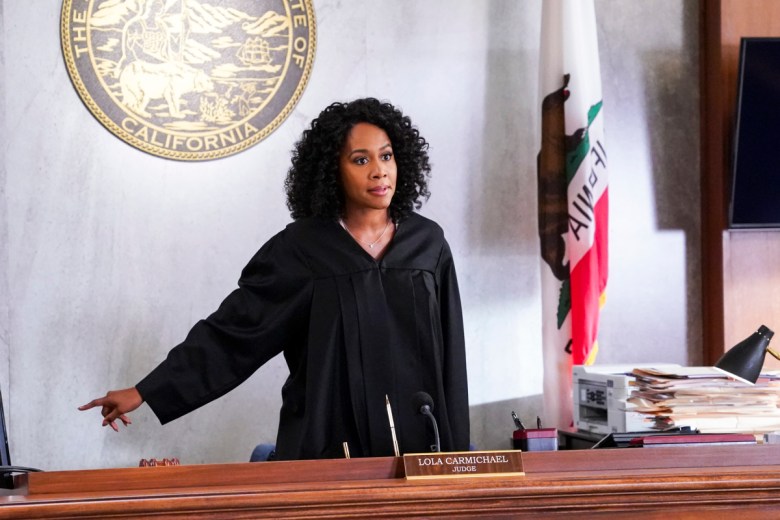 CBS’ “All Rise” is a new courthouse drama that follows the chaotic, hopeful, and sometimes absurd lives of its judges, prosecutors, and public defenders as they work with bailiffs, clerks, and cops to get justice for the people of Los Angeles, all set against the backdrop of a flawed legal system. It specifically follows a California prosecutor’s rise to the bench, as she pushes boundaries and challenges expectations of what a judge can be while contending with the resulting ramifications of her actions.

Simone Missick leads the series as newly appointed Judge Lola Carmichael, a highly regarded and impressive (former) deputy district attorney who doesn’t intend to sit back on the bench. She’s strong, smart, and compassionate, serving both as judge and counselor, often giving guidance to colleagues, as well as lawyers and their clients. Though she’s initially intimidated as a first-time judge, and remains green about how the system works from her new position, it’s that naïveté that allows her to be unorthodox in her methods — bucking the status quo (of course) and shocking the establishment judges and attorneys who are used to a certain way of doing things.

As a judge who happens to be black and female in an environment that’s very white and male — something the series emphasizes these distinctions via commentary on how diversity at the judgeship level can radically affect judgements — Lola looks at a broken system and works to change it for the better, even it means occasionally sidestepping the rules. Having chats in stairwells with friends also in the judicial system and getting personally involved in the lives of public defenders and their clients, whose cases she presides over, would likely be grounds for recusal. But it’s a TV show, and exaggeration for dramatic effect is par for the course.

Naturally, her somewhat irreverent style earns her a nickname. The judicial assistants (or “JAs” as the series refers to them) call her “Lolacoaster” behind her back because “nobody knows where the ride is taking us, but nausea is almost assured.”

Joining Missick in “All Rise” are Wilson Bethel, Marg Helgenberger, Jessica Camacho, J. Alex Brinson, Lindsay Mendez, and Ruthie Ann Miles, who round out a starring cast that immediately showcases one of the series’ greatest strengths — its diversity.

Bethel plays Lola’s roguish best friend and colleague, Mark Callan, a successful deputy district attorney who now must adjust to the shifting boundaries in their personal and professional relationship; Helgenberger is Supervisory Judge Lisa Benner, an influential, powerful figure tasked with overseeing Lola’s transition into her new job; Camacho plays Emily Lopez, an empathetic and fiery public defender who intends to do the very best for her clients; Brinson is Luke Watkins, the aspirational courtroom bailiff and potential love interest for Lopez, who is studying to become a lawyer; Ruthie Ann Miles is Lola’s efficient and pragmatic judicial assistant, Sherri Kansky, who isn’t thrilled at the prospect of “training” a rookie judge; and Mendez plays wry courtroom stenographer, Sara Castillo, a reliable source of intel and advice.

It’s an attractive and solid cast of actors who deliver believable performances, breathing life into passionate and determined fictional characters that could very well be leading the charge for change in real courtrooms across America.

The series is, if anything, idealistic in its mission to shine a light on stories from diverse perspectives, exposing the general population to life in the judiciary, while highlighting problems currently plaguing America’s social climate, in order to hopefully inspire change. And with a talented cast and appealing, brisk storytelling in its corner, it might have the power to do just that. 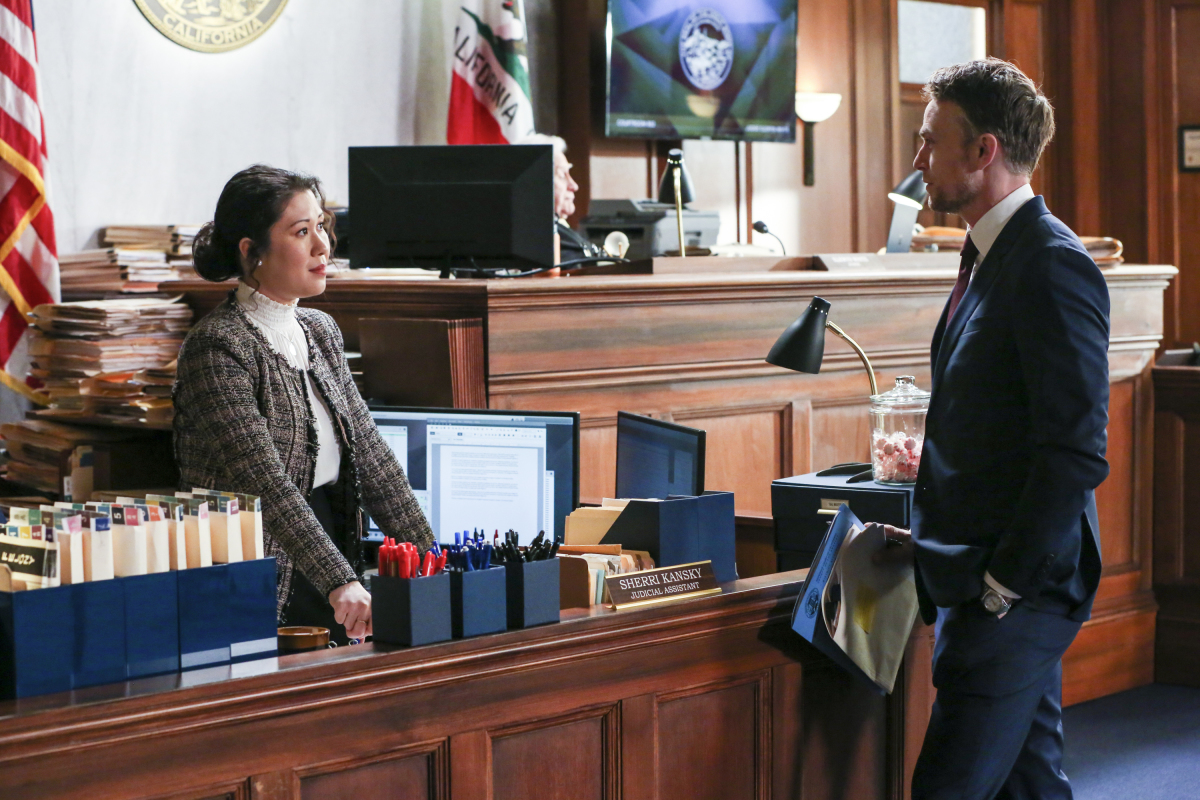 Just about every hot-button subject is tackled: MAGA, U.S. Immigration and Customs Enforcement (ICE), police profiling, online celebrity, and the different classes of justice are all on the table. And the series satisfactorily handles each, even if it’s done without offering any real penetrating insight. It favors popcorn watchability over prestige, which is just fine. Although it’s still a smart, witty show.

It comes with the usual dose of desk-pounding “objections,” sidebars, rousing speeches, backroom wheeling and dealing, and each episode can probably brag about at least one tear-jerking moment. But these courtroom drama fixtures still work today.

A flaw that maybe gets in the way of it being an even better series is its all-too optimistic view of justice. The good guys win every single time. A case that might initially seem un-winnable is somehow victorious in the end. It would be far more realistic if the bad guys occasionally got away, which often happens in real life. Although this is based on the first five episodes that were made available to the press, so there might be some change in upcoming broadcasts.

“All Rise” won’t just be a “case of the week” series. There are plotlines that unfold over several episodes, and others that will likely be carried throughout the season, as relationships develop, romances are teased, pasts catch up to their presents, and characters recur.

It’s not ripped from the headlines kind of material, although the scripts are inspired by real stories.

Promising to examine the ramifications of one judge’s efforts to make irreversible change within a broken judicial system, “All Rise” is a better-than-average, nimble, if safe drama, with substantial potential for exploring themes of substance.

The series is breathtakingly paced and well-acted, although its briskness means it never really digs too deep beneath the surface of the very complicated issues it takes on. But the performances help bring some zest to the courtroom, thanks to snappy dialogue and an active camera capturing a vivid cast. The combined effect should keep CBS’ audience sufficiently entertained.

This Article is related to: Television and tagged All Rise, CBS, TV Reviews