"State of the Union" took home the (well-deserved) trophy for Outstanding Short-Form Series, but what does that mean for "An Emmy For Megan"? 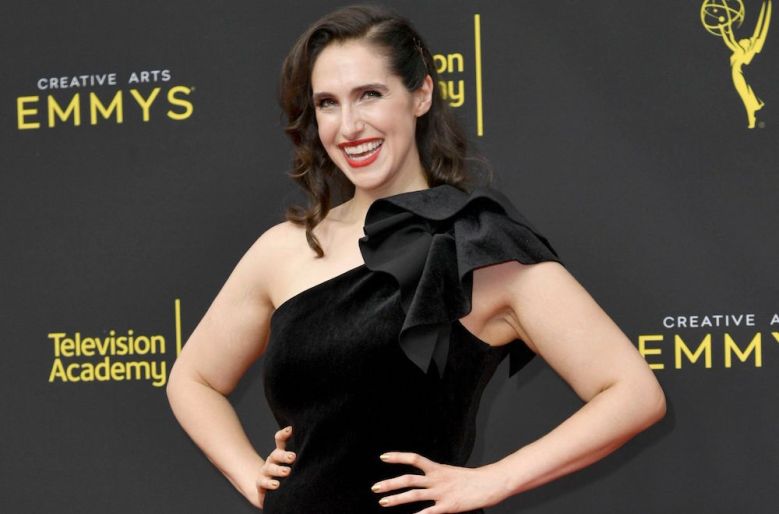 Emmy voters have spoken, and they love “An Emmy For Megan” — so much, that they demand a Season 3. After promising to end her Emmy-nominated short-form series “An Emmy For Megan” if it won an Emmy for its second season, Megan Amram again went home empty-handed from the Creative Arts Emmys, losing for Outstanding Short-Form Series (Comedy or Drama) and Outstanding Actor in a Short-Form Series in 2019. (Patton Oswalt was nominated for the latter.)

“An Emmy For Megan” also lost both categories it was nominated for in 2018, Best Short-Form Series and Best Actress (Amram).

This year, “An Emmy For Megan” was denied by SundanceTV’s “State of the Union.” Starring Chris O’Dowd and Rosamund Pike — both of whom won Emmys in the acting categories — the 10-episode first season from author Nick Hornby and director Stephen Frears took home the Emmy for Best Short-Form Series, as well, going three-for-three on Sunday night. “State of the Union” premiered to rave reviews at the 2019 Sundance Film Festival, before airing in 10-minute episodes on SundanceTV later this year.

Amram issued the following statement via Twitter after she lost in the overall series category.

She sent another tweet after Oswalt lost his category, as well.

FUCK PATTON LOST TOO FUCK ME

Much later in the evening, Oswalt issued his own response, tagging Chris O’Dowd in his statement.

I DID EVERYTHING I COULD GODDAMN STUPID @BigBoyler WITH HIS DUMB TALENT AND GROSS GOOD LOOKS AND LAME MAGNETISM https://t.co/WahlR9Zzm4

In an interview with IndieWire in August, Amram said, “[…] if I win, then I won’t make another [season]. I’ll stop tweeting about it. I’ll stop flooding your timelines if you just finish me off, and give me an Emmy.” But going into this year’s ceremony, Amram was adamant she would win. In response to a tweet from the Television Academy with a photo of her that asked, “Will tonight be the night?” Amram simply replied with the word, “Yes.” The night prior, she tweeted, “I can’t believe this is my last night as a shitty normal person before I win an Emmy for #AnEmmyForMegan and become Good,” as well as a similar, lengthier statement captured via screenshot.

Update: After this story initially ran, Amram confirmed via Twitter she is planning to make Season 3.

FUCK NOW I HAVE TO MAKE A SEASON THREE

That makes the future of the series a bit clearer, though questions (and confirmation) remain. Will Amram continue her pursuit of an Emmy via “An Emmy For Megan” and make a Season 3? It seems likely. Will she also try to win an Emmy via more expected methods, i.e. writing comedies (like “The Good Place”)? Will she read this year’s loss as a dismissal of her efforts, or a demand for more from a show she threatened to take away from the world? So far, it thankfully looks like the latter.

IndieWire has reached out for comment, but has yet to hear back. This story will be updated with any further statements from Ms. Amram. To see this year’s Creative Arts Emmy winners, check out IndieWire’s complete list.

This Article is related to: Awards and tagged An Emmy For Megan, Emmys, Megan Amram, State Of The Union, TV Awards