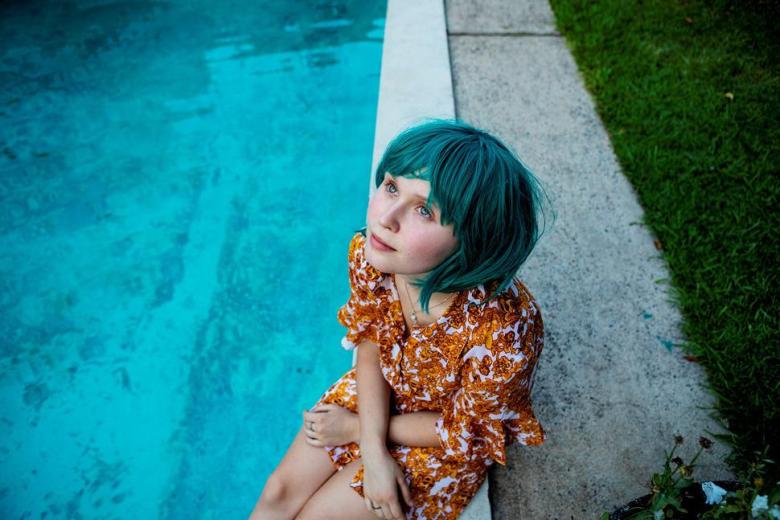 Rooted to the bloody tissue of real life and enameled with traces of early Jane Campion, “Babyteeth” is the kind of soft-hearted tearjerker that does everything in its power to rescue beauty from pain; the kind that feels like it would lose its balance and tip right off the screen if it stopped being able to walk the line between the two. And yet, despite a handful of shaky moments and a story that sounds like a supercut of all the worst tropes in contemporary independent cinema, Shannon Murphy’s primal and surefooted debut never falls into either mawkishness or sadism. It keeps you on your toes from the moment it starts, brings together a winsome but wounded group of people who are all struggling to slay the “tiny gods” in their heads, and then forces them through an ordeal that might just break their hearts. And yours.

Milla Finlay (“Sharp Objects” star Eliza Scanlen, who seems to have a thing about teeth) is a 16-year-old Australian high school girl who’s sick with an unspecified cancer, and has been for a long time. She also still has one of her baby teeth, an aberration for someone her age. Moses (Toby Wallace, acing a role that Shia LaBeouf could have played in an American version of this story) is a 23-year-old drug addict with a rat tail haircut and a face tattoo that says “La La Land.” Wait, that can’t be right — he seems more like a “Good Time” guy. Maybe it’s “Leland?” and he’s just really into Ray Wise? Or “legend?” Moses, it turns out, can be a hard man to read.

But his affection for Milla is clear from the moment he nearly knocks her into an oncoming train one morning. She may never get to live, and he isn’t afraid of dying. The bond between them is palpable and convincing from the moment that Milla lets Moses shave her head with a pair of his mom’s poodle clippers; she has another round of chemo coming up, anyway. Still, that kind of anarchic, too-high-to-think-twice energy is something new (and maybe even necessary) for someone who goes to a prim all-girls school and isn’t allowed to live each day like it might be her last.

Naturally, her psychiatrist dad (Ben Mendelsohn as Henry) and retired musician mother (Essie Davis as Anna) are just thrilled about Milla’s new friend. It’s the final straw for two parents who are already terrified of losing their daughter, and have each started to retreat into their own private shells; Henry even took his wife as a patient, if only so he could numb her with Xanax until she was 90.

An early scene where Milla invites Moses over for a family dinner feels like a recipe for disaster on several different levels, but Murphy has a firm hold on every beat. Anna is too high to do anything but laugh at the fact that her teenage daughter brought home a junkie who looks like he was kicked out of Die Antwoord. Henry just sits there and tries to process what’s going on. Milla and Moses, meanwhile, speak to each other like no one else can hear them. They always do, as the natural contours of Rita Klanejais’ carefully balanced script — which she adapted from her novel of the same name — keep all of the major characters suspended between vulnerability and self-possession. This is a movie that’s off-kilter but always raw; delicate, but never precious.

From that unstable start, “Babyteeth” wiggles loose in ways both expected and not. Milly and Moses grow closer, her parents get more concerned, and the cancer inches towards the center of the picture. But the film never allows you to become too confident in your bearings. Some curveballs are more obvious than others, like a very pregnant neighbor who has a dog named Henry, and a violin teacher whose ineffectual role is cobbled together from spare feelings of wisdom and regret. The latter of these characters at least provides a conduit for the film’s rich musicality, which runs the gamut from Mozart to Merrill Garbus.

When a crucial party scene is scored to tUnE-yArDs “Heart Attack,” it clicks into place that the rest of the film might easily be as well, as Murphy’s direction is as vibrant and unsettled as any of the band’s songs. Chapter titles like “Nausea” and “Fuck this” break the narrative into discrete, diaristic entries that allow the movie to reset every few minutes, and sometimes threaten to disrupt its flow. That almost (but not quite!) twee flourish also helps cordon the characters into their own little boxes, and Murphy’s brilliant cast is never allowed to take the cute way out of a complicated moment. Davis and Mendelsohn are challenged with trying to hold on to something that’s slipping through their fingers, the two of them always trying to pose Milla for photos in the hopes of keeping her when she’s gone. The full impact of their performances doesn’t show itself until the very last scene, but that semi-manipulative coda sure makes up for lost time. Scanlen is sensationally feral and resilient, foaming at the mouth but feeling everything around her; she enables Milla to feel powerless and indomitable at the same time. Wallace is just as strong, refusing to let his demons peel off the way that a lesser film would ask them to. He’s also the funniest part of a film with a wicked sense of humor (a botched robbery attempt in the first 30 minutes achieves a kind of slapstick hilarity).

But it’s the age difference that provides “Babyteeth” with the centrifugal force it needs to hold together. It isn’t right for Milla and Moses to be together, and the movie never pretends otherwise. Murphy punts the issue down the field for much of the running time, as a kiss is as close as these star-crossed lovers come to crossing the line. Moses represents everything that Milla wants to squeeze out of life, but his feelings aren’t so clear. Does he think of her as a little sister? Does he just hang around because her house is full of stealable drugs? Would that kind of flirty, transactional friendship be any better or worse than the alternative?

Some of those questions have answers, while others are left to your interpretation. Above all, it’s clear that nothing really happens when it’s supposed to for Milla. Her last baby tooth is holding on for dear life, she might be dead before her junior prom, and her parents are still hot. Time is relative — there’s just never enough of it. While the middle stretch of Murphy’s film is splintered in a way that can make it emotionally diffuse, the last scenes are all the more poignant for their sudden intensity, in the same way that it’s hard to see how fast sand is sinking through an hourglass until there are only a few grains left.

The distinct rhythm of this honest and moving film allow “Babyteeth” to naturally contract as it pushes towards the ending. It’s something of a tiny miracle that Murphy and Klanejais find a way to tell this story in a way that doesn’t become schematic. Instead, it ebbs and flows according to a simple and consistent logic: Hope forces you out, and despair pushes you in. And only one of those things is worth keeping when someone else doesn’t need it anymore.