"Superbad," some of the "Lord of the Rings" trilogy, and a beautiful documentary about life after death lead Netflix's September film slate. 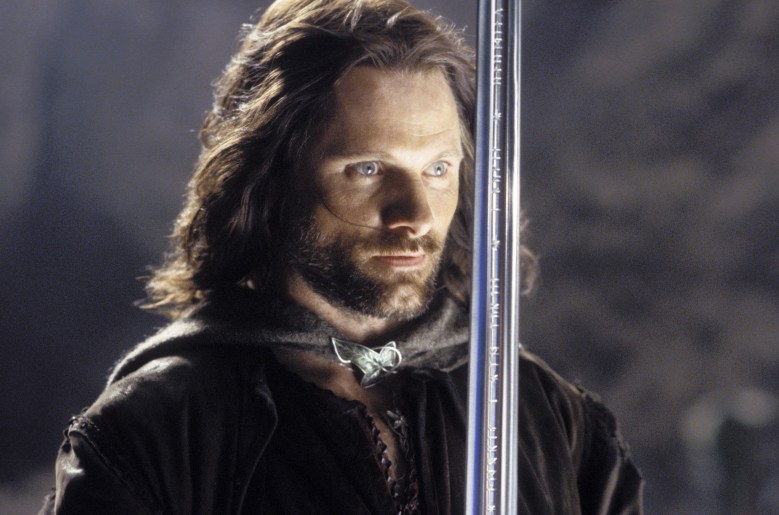 “The Lord of the Rings: The Return of the King”

Judging by the meager slate of new movies that Netflix is adding to its library this September, it seems like the streaming giant is saving all of its resources and energy for a go-for-broke awards season push; with all eyes on “Marriage Story,” “The Irishman,” and documentary heavyweights like “American Factory,” as well as Disney+ giving the company a world of new competition come November, this isn’t the time for Netflix to pull out all the stops. But that doesn’t mean subscribers will be completely out of new content to stream this month. “The Lord of the Rings” is nothing to sneeze at, even if Netflix is just replacing the first part of the trilogy with the last two. And the addition of Wong Kar-wai’s “The Grandmaster” will give millions of people new access to one of the most dazzling biopics of the 21st century, even if only in truncated form. Most exciting of all, however, might be the streaming premiere of Orlando von Einsiedel’s “Evelyn.” An extraordinary documentary about life after death, the film is perfectly suited to Netflix, where it can be found by all who need it.

Here are the seven best movies coming to Netflix in September 2019.

Okay, in the interest of full disclosure, we have to admit that Netflix has yet to make this film available to critics, and so we can’t really say that it’s better than “Mystic River,” “American Psycho,” or any of the other new-to-Netflix titles we omitted from this list. But sometimes you just have to take a leap of faith, and — even sight unseen — it’s hard not to recommend a super meta, cameo-laden movie that sees Zach Galifianakis leaning into one of his most enduring bits harder than ever before.

“Between Two Ferns” was a funny (or die) viral franchise in which Galifianakis would conduct short, cringe-worthy interviews with very famous people on public access television. What “Between Two Ferns: The Movie” presupposes is that Galifianakis’ show was real, and that he was utterly humiliated when Will Ferrell uploaded it to Funny or Die for all the world to laugh at. Now, our hero has no choice but to drive across the country in a desperate bid to restore his reputation by… interviewing more famous people, we suppose. While it’s always risky to adapt a recurring sketch into a feature-length comedy, “Between Two Ferns” has plenty of room to grow, and the fact that it’s directed by comedy legend Scott Aukerman gives us reason to hope that the joke doesn’t get old after just a few minutes.

Younger readers might not know this, but Adam Sandler hasn’t always been a guy who makes terrible Netflix movies — once upon a time, before the streaming revolution, he made terrible movies for other studios too. The difference is that content standards were a bit higher back in the day, and all but the worst of Sandler’s comedies were fueled by a spark of genuine inspiration (it wasn’t until “Grown Ups” that it really felt like he threw in the towel and started thinking of movies as well-paid vacations). Now almost 12 years old, “You Don’t Mess With the Zohan” marked the last time a Happy Madison production even attempted to push the envelope in any direction, or try something that had never been done before.

A niche, slaphappy, and unabashedly Jewish comedy about a superhuman Israeli counter-terrorist agent who gets sick of the conflict in his home country and reinvents himself as a New York City hairdresser named Scrappy Coco, this now-unthinkable time capsule starts with Sandler mainlining hummus, and ends with him brokering peace between Israelis and Palestinians with some help from Mariah Carey. It’s wild that this movie exists, even wilder that it works, and wildest of all that Sandler responded to its success by retreating into mediocrity.

“Superbad,” which MTV and Comedy Central have basically aired on a constant loop for the last decade, is coming to Netflix, which means that you can finally watch this formative high-school comedy without having to sit through 45 minutes of commercials for “Ridiculousness” (or walk across the room to grab your Blu-ray off the shelf, which is a lot harder than it sounds). An enduringly funny modern classic that arrived at the peak of Judd Apatow’s power, brought us Emma Stone’s breakout role, and cemented Jonah Hill and Michael Cera as bonafide stars, “Superbad” holds up so well that it’s hard to believe it came out almost 13 years ago; even the cop subplot still works if you squint and see it as a parody of white privilege. A coming-of-age movie that grows along with you, “Superbad” is a blast to revisit for anyone who’s exhausted by the “Booksmart” discourse, has sublimated “Lady Bird” gifs into a second language, and has already committed every line of “The Edge of Seventeen” to memory.

It’s unclear which version of Wong Kar-wai’s Ip Man biopic is coming to Netflix at the end of September: Will it be the sweeping, elegant, 130-minute stunner that screened throughout the rest of the world, or the blunt and butchered 108-minute that Wong cobbled together for American viewers at Harvey Weinstein’s insistence? A notorious tinkerer, Wong publicly welcomed the opportunity to reshape the film, but he may have been too close to the project to appreciate the damage that was done to it. Both editions are gorgeous period epics wrapped around hyper-expressive fight scenes and a movingly stoic lead performance by Tony Leung Chiu-Wai — brilliant as the Wing Chun legend who taught Bruce Lee everything he knows. Both editions offer the perfect antidote to anyone put off by a certain scene from “Once Upon a Time in Hollywood.” But one cut sees Ip Man as a vessel through which to navigate history, and the other merely uses him as a bulldozer with which to plow through it, and it would be a shame if millions of Netflix subscribers had to settle for a pretty movie that bears a passing resemblance to a masterpiece.

13 years ago, documentary filmmaker Orlando von Einsiedel’s brother Evelyn committed suicide. He was barely 20 years old. His death wasn’t entirely unexpected — Evelyn was schizophrenic, and spent the last stretch of his life in the grip of his condition — but the incident still tore Orlando’s family apart. His parents’ marriage didn’t survive the shock, and his siblings followed his retreat into silence. That silence inevitably deepened over time, a hole in the heart that was compounded by the twin stigmas of suicide and mental illness. After a while, Evelyn’s absence became the unspoken truth hiding in the seams of every conversation, like a terrible secret that each of his loved ones carried with them in the linings of their coats.

And then, one day, Orlando decided that it was time to rip out the stitchings. He had an idea: He and his family (along with two of Evelyn’s closest mates) would spend a month or two strolling around the picturesque trails that his brother loved to walk, and during that time they would — for the first time — talk about the brother, son, and friend they had never properly grieved. And they would do it all on camera. The result is an arrestingly raw portrait of the hurt that people absorb into their hearts, and how that degree of repression can snuff out the memories we hold most dear. Always specific and intimate, but never dull or morbid, “Evelyn” is more than just an epic piece of group therapy, it’s also a piercing example of how grief feeds off the darkness and starves in the daylight.

It’s hard to think of anything that better articulates the absurdity of the streaming age than the fact that Netflix has only acquired the temporary streaming rights to two of the three “Lord of the Rings” movies — the last two (“The Fellowship of the Ring” was added to Netflix in August 2018, but it has since been removed). There has to be a reason for this silliness, but it probably isn’t a good one. Maybe Netflix can cut together a little “previously on ‘Lord of the Rings’” primer for anyone who’s trying to jump in mid-stream, but one does not simply skip over one-third of the walk toward Mordor. The compromise is also a bummer for people who’ve seen the trilogy 1,000 times, and need the perfect comfort movies to watch the next time they have an entire Sunday to spend hungover and splayed across their couch; sitting through all 10 hours of Peter Jackson’s magnum opus feels like an accomplishment, but merely journeying from Rohan to Mt. Doom will just leave you feeling lazy.

Be that as it may, these are still among the most endlessly re-watchable films ever made, and it’s worth celebrating when any of them are on Netflix. But you should watch them while you can — hobbits have been known to disappear right before your eyes.

This Article is related to: Film and tagged evelyn, Netflix, The Grandmaster, The Lord Of the Rings