Gray had no trouble wringing emotion out of the leading man of his daddy-issues-in-space odyssey. 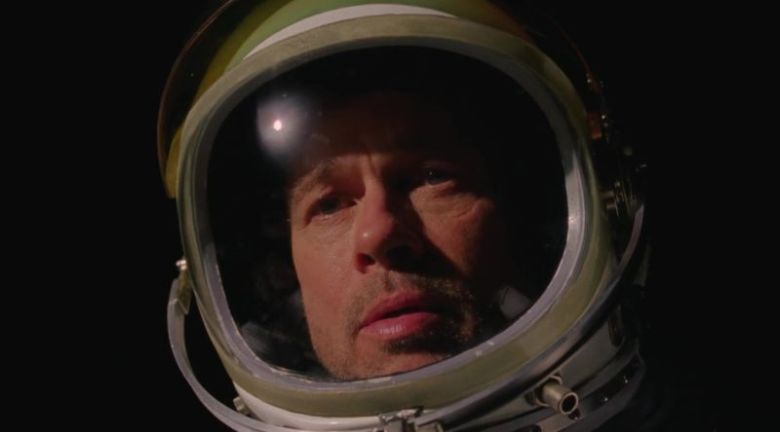 Brad Pitt was quite the method actor on the set of director/co-writer James Gray’s daddy-issues-in-space odyssey “Ad Astra” — especially when it came to crying.

Headed for a September 20 release following rave reviews after its Venice Film Festival world premiere, “Ad Astra” follows Brad Pitt as a lonely island of a man essentially on a dark night of the soul across the cosmos, journeying from Earth and into deep space to track down his father (Tommy Lee Jones), a scientist gone rogue on the outskirts of Neptune.

The film required Pitt to perform all manner of physical stunts and feats, as revealed during a recent 20th Century Fox panel on the studio lot promoting the film and the National Aeronautics and Space Administration’s involvement in creating its near-future verisimilitude.

However, according to James Gray, Pitt’s most impressive accomplishment was crying unprompted during a heavy, emotional scene toward the film’s finale. But as the scene takes place inside a space ship in zero-gravity, Pitt told Gray that the very-real tear should be edited in post to bubble off his face, rather than run down his cheek. (Think Sandra Bullock’s tearful, no-gravity soliloquy in “Gravity.”)

“‘You gotta replace my tear, that’s not how it works in zero-gravity,'” said Gray, recounting Pitt’s observation to the director that his tears technically wouldn’t fall that way. “I said sorry, I’m keeping it. The acting’s too good, buddy,” Gray responded.

The various challenging stunts in the film — from an intense zero-gravity fistfight, coordinated like a ballet, to a startling encounter with a critter best left unspoiled — also include a harrowing free-fall that Pitt’s character, Major Roy McBride, takes from the lower atmosphere all the way down to the surface in the film’s close-your-eyes terrifying opening sequence. Pitt, apparently, wanted to do the stunt himself.

Gray said of his leading actor, “He has a lot of guts. He wanted to do a skydive for the opening. He said ‘I’m gonna do it,’ and I said ‘I don’t think it’s a good idea. Let me explain something to you: Let’s get somebody else to do that.”

Gray added, “There’s no movie that’s worth someone dying for it. So I always hate seeing the stuntmen and women doing their thing. I have to look at it through, like, a cloth.”