Paltrow has praised Pitt for standing up to Weinstein, saying, "He leveraged his fame and power to protect me at a time when I didn’t have fame or power yet." 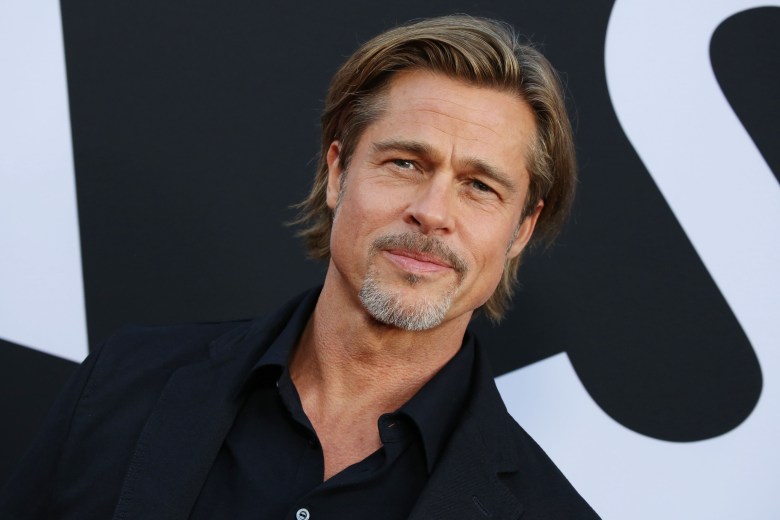 While promoting his critically acclaimed space drama “Ad Astra” this week, Brad Pitt opened up to CNN journalist Christiane Amanpour about confronting Harvey Weinstein in 1995 after learning the indie film producer had sexually harassed Pitt’s then-girlfriend Gwyneth Paltrow. Pitt told Amanpour he was acting on pure instinct because of how he was raised as a child. Paltrow revealed on “The Howard Stern Show” in May 2018 that Pitt approached Weinstein at the 1995 Broadway opening of “Hamlet” and told him, “If you ever make her feel uncomfortable again, I’ll kill you.”

“At that moment, I was just a boy from the Ozarks on the playground and that’s how we confronted things,” Pitt told Amanpour about standing up for Paltrow and confronting Weinstein. “I just wanted to make sure nothing was going to happen further, because Paltrow was going to do two [more] films [with Weinstein]. I think the interesting thing is that we, Hollywood specifically, but the workplace, men and women’s dynamics is being recalibrated, recalibrated in a very good way that is long overdue. And I do think that’s an important story to tell.”

Paltrow first mentioned the Pitt-Weinstein story to The New York Times in October 2017. The “Shakespeare in Love” Oscar winner said Weinstein sexually harassed her when she was 22 years old. Weinstein had hired Paltrow to play the lead role in his Jane Austen adaptation “Emma,” and he invited the actress to his hotel room at the Peninsula Beverly Hills hotel for a “work meeting.” According to Paltrow, Weinstein ended up placing his hands on her and suggesting they head to the bedroom for a massage. Paltrow told Pitt about the incident, which led Pitt to threaten Weinstein at the “Hamlet” premiere.

“It was the equivalent of throwing him against the wall, energetically,” Paltrow told Howard Stern about Pitt’s confrontation. “It was so fantastic because what he did was, he leveraged his fame and power to protect me at a time when I didn’t have fame or power yet. He’s the best.”

Pitt is returning to the movie theaters this weekend in “Ad Astra,” his second studio release of 2019 after Quentin Tarantino’s “Once Upon a Time in Hollywood” over the summer. Pitt is expected to pick up an Oscar nomination for his supporting turn in the latter. “Ad Astra” is now playing in theaters nationwide.