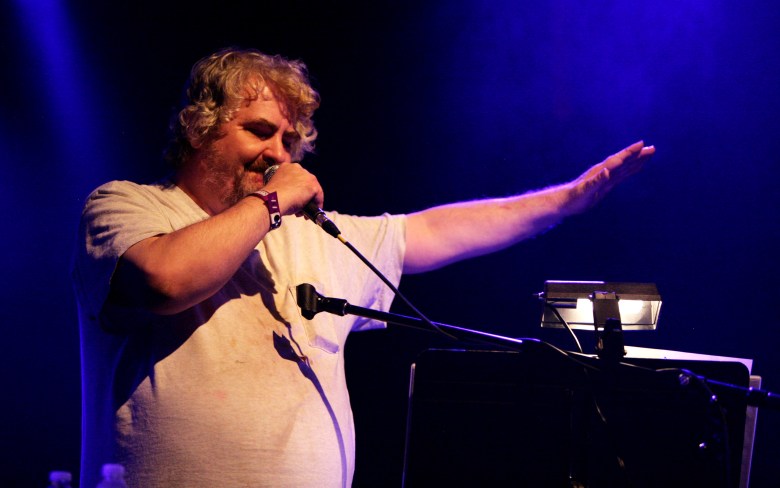 Daniel Johnston, who died Wednesday at 58, was one of a handful of artists whose work immediately seeps into the soul. Once you’ve heard one Daniel Johnston song, whether it’s one of his hauntingly plaintive unrequited love songs or one of his whimsical earworm bops, you will never be the same. An underground fixture for years, he practically invented DIY recording and the lo-fi aesthetic that dominates independent music and art today. Johnston reached a new level of stardom in 2005 with the release of Jeff Feuerzeig’s trailblazing documentary “The Devil and Daniel Johnston,” which IndieWire recently named the best music documentary of the 21st century.

As a longtime fan, Feuerzeig’s journey with Johnston predates his personal relationship with the late musician and artist. Feuerzeig sees in Johnston’s DIY and punk aesthetic direct parallels to the independent film boom of the 1980s, pioneered by Spike Lee, Jim Jarmusch, and the Coen brothers. In that way, Johnston’s work, as well as the grueling four-and-a-half years it took to make “The Devil and Daniel Johnston,” were foundational to Feuerzeig’s identity as a filmmaker.

“I got to commune and collaborate with, in my humble opinion, the single greatest songwriter and artist of my generation, bar none,” Feuerzeig wrote on Facebook the day Johnston died. “The STRESS CASSETTES, the Mark Kramer-produced 1990 LP, and the Jad Fair and Daniel Johnston ‘It’s Spooky’ LP remain the most intimate, emotional, heartbreaking and brilliantly humorous listening experiences of my life. Thanks Daniel for letting me tell your story. I will miss you friend, but your music and art will live forever because you were the real deal.”

In a phone conversation with IndieWire, Feuerzeig reflected further on the incredible impact of Johnston’s life and artistry, as well as the director’s part in introducing Johnston to a wider audience. The following excerpts from that conversation have been condensed and edited.

Back in ‘85 I was a college radio DJ, and I was taking part in a really vibrant underground music and independent film scene. And in this tiny world, Daniel Johnston started getting a lot of attention. He made the cover of one of my favorite fan zines, which was called — ironically — Chemical Imbalance. I sent my three dollars off to a P.O. box in Austin, Texas to a place called Stress Records, and waited by my mailbox. One day these self-recorded, self-released, handmade cassette tape albums arrived. They were three dollars a pop. And that was the only way to hear Daniel Johnston.

I was a massive music geek of all genres, and I was very taken with the primitive artwork. I listened to the tapes, and it was one of those rare experiences — he wrote so openly and purely about mental illness and unrequited love, and the piano playing was just astounding, and anybody who knew anything about music could hear his influences. You heard [Bob] Dylan in songs like “I Had Lost My Mind,” you heard [Bruce] Springsteen in “Funeral Home,” which was his homage to “Cadillac Ranch,” you heard Elvis Costello in “Man Obsessed.” If you really listen carefully, you heard his biggest influence, The Beatles. He mastered all of those different styles but made his own unique music out of it. 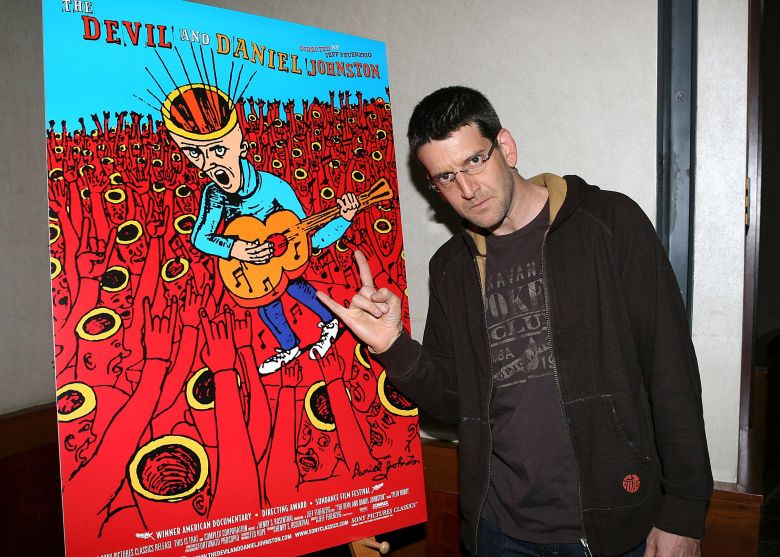 He invented Lo-fi. He didn’t let the obstacle of getting into a professional recording studio stop him from recording seven entire cassette albums in this basement in West Virginia, and that was when he was literally in high school and then in art school at college. And it was done on a Radio Shack cassette recorder.

To say that I was obsessed would be an understatement, but what a pleasurable obsession! There was so much joy he was giving me. There were songs that I literally cried to, songs like “True Love Will Find You in the End,” which has become one of his biggest songs. I’m the biggest Dylan fan on earth, but I’ve never cried to a Dylan song. I don’t want to undercut the incredible humor that he had. Like his heroes The Beatles, he had so many incredible, hilarious turns of phrase in his songs. He was the whole package.

I started tracking his life. He was a myth and an enigma, because he didn’t tour like a regular artist or musician or band. You couldn’t see him because unfortunately he was committed to mental hospitals and didn’t travel and didn’t tour. That helped his myth grow, and he also fed that myth. He was quoted in The Guardian this morning, with a brilliant quote — “there’s the genius of Daniel Johnston and there’s also the genius of his myth” — and he really was a master at that.

Daniel was very difficult to work with. He sleeps all day, and I’ve got a Super 16 mm film crew sitting around. So what do you do? And he stayed up all night. So scheduling him is really tough. And then you have a very limited number of hours when he wakes up, cause he won’t just go to work and shoot with you, he needs to go to get a giant Big Gulp slurpee at 7/11, and then he needs to go to the comic book store or the sticker store, and that’s the pattern. It’s like “Groundhog Day,” literally. And then you get to shoot.

The film’s producer, my friend Henry Rosenthal, had a million dollars on the table. It was like Vegas. We didn’t know we were gonna get into Sundance. That was our dream, and thank god the film was accepted, and then of course you pray to get distribution. At the very end of the festival I got very lucky and I won the directing prize, and that absolutely made my career and got us distribution with Sony Pictures Classics. The next thing you know, our film was released in theaters all over the country and around the world.

It was a true statement of independent film journalism. No one else was ever gonna tell that story or finance it. If I was pitching it, I’d be pitching it to this day and nobody would’ve paid for it. 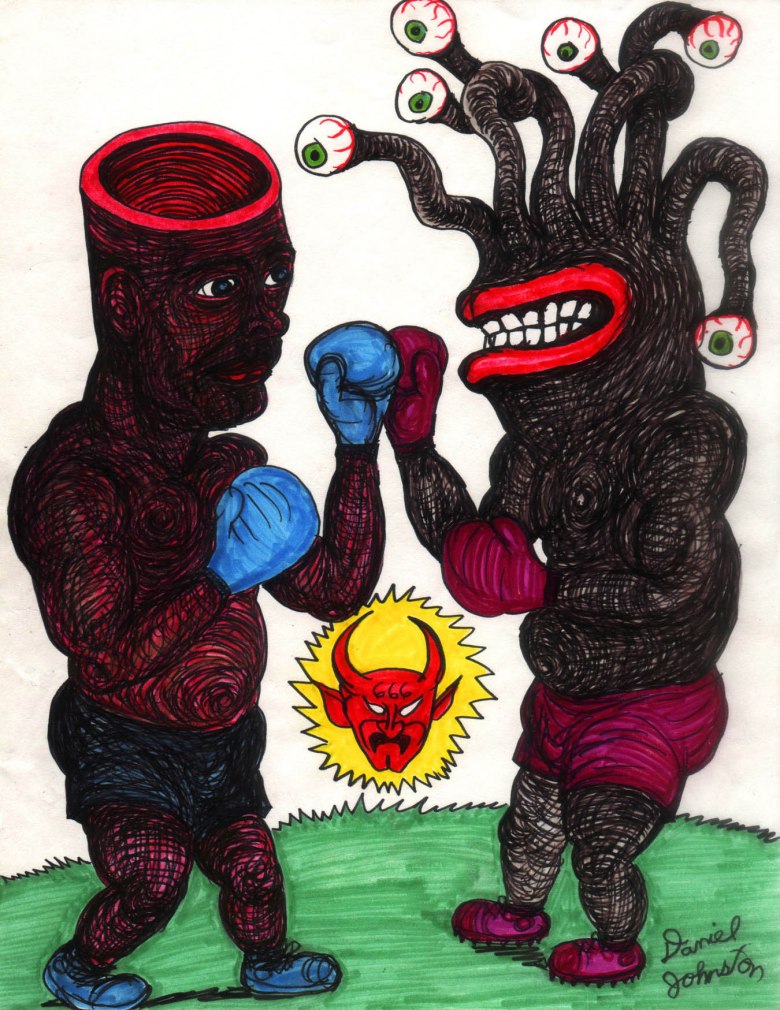 The film exposed Daniel to the entire world. He toured all over Europe, he went to Israel, Africa, and Australia multiple times, and he was finally treated with the respect he deserved. He was honored everywhere — like a jazz hero. His art started being shown in galleries all over the world as well as the Whitney Biennial. He started being taken very seriously as a fine artist, even though he was labelled an “outsider artist.” His music got released digitally and ended up in many commercials as well as Spike Jonze’s “Where the Wild Things Are” film. It never stops.

There’s a great film about Lou Gehrig called “Pride of the Yankees.” He was dying and he got the most incredible farewell of all time at Yankee Stadium. The standing ovation I saw Daniel get at the Hollywood Bowl when he opened for Neutral Milk Hotel five years ago was absolutely Lou Gehrig-like. There wasn’t a dry eye in the house, people were destroyed. After the gig I went backstage and I saw him and he told me — he’d watched the film dozens of times and he loved it — and he said thanks to the film he’s now “a half-millionaire.” That was really beautiful, ‘cause we really were worried that he was gonna end up homeless after his elderly parents died.

It was very much the equivalent of indie film, and grabbing a 16mm camera or a Bolex. Like my heroes at the time, Jim Jarmusch or Spike Lee, just going out there and making a film or going out there and making an album. The parallels were definitely on my mind. DIY and punk and DIY and independent filmmaking, they’re interlinked. That message of not waiting to be invited to the party and instead just kicking the door down, that meant everything to us.

He inspired me like Jim Jarmusch and Spike Lee and the Coen brothers inspired me. That was an incredible moment in indie film history in the mid ‘80s when they emerged. There was no such thing as an independent film, and it was like a new wave of cinema, but it was contemporary and it was happening now. He inspired me to do that. Very much. As far as my own trip through new journalism and non-fiction filmmaking, all the chops that I honed making the film, working with three-act structure and becoming a better storyteller, I learned making that film.

This Article is related to: Film and tagged Jeff Feuerzeig, The Devil and Daniel Johnston