Abbi Jacobson, Eric Andre, and Nat Faxon return as the voices for another round of fantastical adventures later this month. 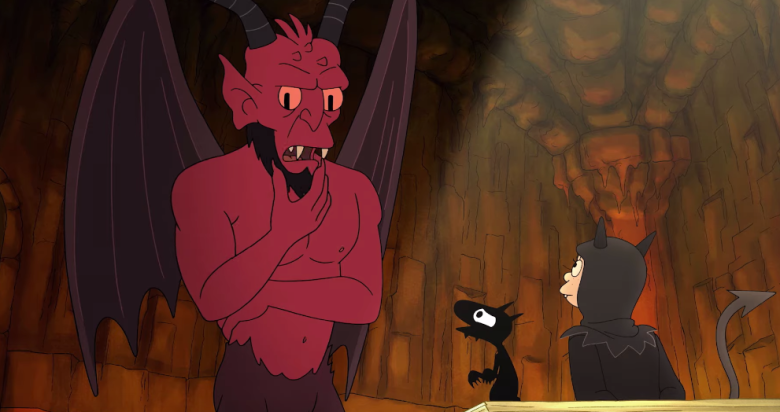 The characters in “Disenchantment” are well within reason to not want to spend their time in the world of the living in the kingdom of Dreamland.

When last we saw the team of princess Bean (Abbi Jacobson) and her pair of non-human companions — Luci (Eric Andre) and Elfo (Nat Faxon) — things did not look promising. Amidst a wave of family betrayals and unexpected deaths, there wasn’t exactly a clear way forward for this unlikely trio. But as the first full look from Netflix at the show’s Season 2 hints strongly at, in order to reunite, a few of them must travel to another plane of existence.

On top of their usual litany of magical creatures to contend with, Luci and Bean in particular will have to face the forces of the underworld in their pursuit of the departed Elfo. In the process, they’ll also have to find out a way to reverse the curse that turned most of Dreamland’s population into granite.

The Bean and Luci duo makes up a lot of the focus of this trailer, and as IndieWire’s Ben Travers pointed out at the close of the show’s inaugural season last year, putting the tiny monochrome demon front and center might be a solid decision.

“By the end of the first season, ‘Disenchantment’ started to better explore its storytelling potential. It founds quick means to add stakes and emotional resonance, and its added emphasis on serialized narratives didn’t hurt, either. Luci offers a chance to add more to the series’ visual palette as well as imagination in general. (And it would be a shame to waste Andre’s vocal performance, which is the perfect fit.) For as small as he may seem, the supporting character could be a very big deal for ‘Disenchantment,'” he wrote at the time.

To hear many of them in action, watch the full trailer (backed by an intense string version of Blondie’s “Call Me” for some reason) below:

This Article is related to: Television and tagged Disenchantment, Netflix, Trailers, TV News