After one episode, it's the delicate handling of a familiar conceit that keeps hope alive for Michele Fazekas and Tara Butters' new drama. 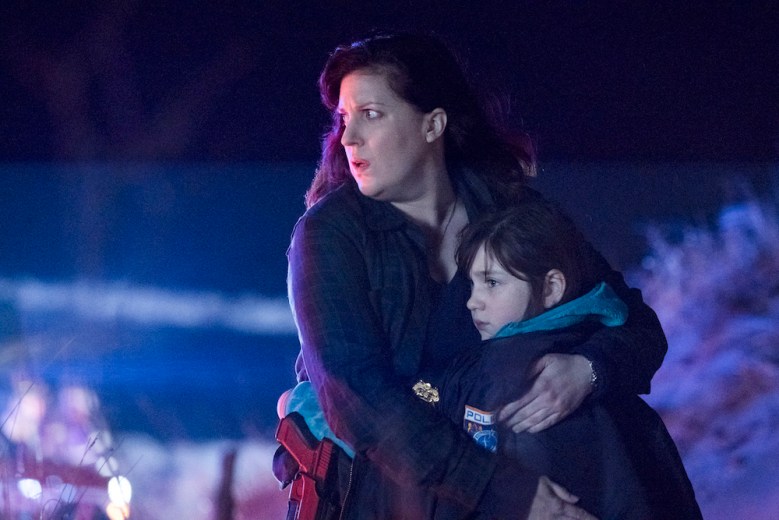 [Editor’s Note: The following review is more of a first impression, as the only episode available for advance screening was the pilot. For new broadcast series that warrant a deeper look, check IndieWire for a more thorough analysis in the coming weeks.]

“Lost” has one of the most iconic openings in the history of television. Jack wakes up with scrapes on his face, alone in the woods, and quickly rushes to the beach where he’s surrounded by chaos. A plane has crashed, and the survivors are scrambling to stay that way, ducking cascading debris and avoiding whirring engine blades. Director J.J. Abrams’ intense sequence thrusts you into the action before you can question anything, before working backward to fill in the gaps — a pattern the show replicates through its iconic flashback structure and general time-jumping.

“Emergence” also opens with a plane crash. It also airs on ABC, focuses on a traumatized survivor, and, eventually, unveils its genre as “conspiracy thriller.” But Michele Fazekas and Tara Butters tackle their opening and pilot very differently, introducing the heroes, setting, and overall grounding elements before toying with some really weird stuff at episode’s end. With a gentle touch and steady pace, the pilot isn’t trying to be “Lost” or its successor; in fact, it feels like “Emergence” is trying to duck those comparisons, which — for as phenomenal as “Lost” remains — ends up working well for the new ABC drama.

Chief Jo Evans (Allison Tolman) wakes up to a power outage and glowing lights on the horizon. Though her live-in father, Ed (Clancy Brown), and daughter Mia (Ashley Aufderheide) want to come with her, the responsible officer of the law tells them to stay home while she drives to the beach. Upon arrival, there’s a fiery wreck waiting for her, but the accident is well in-hand. The power went out because the plane clipped a power line. Jo’s cell phone isn’t working because there’s a tower nearby that could’ve been damaged. No big deal.

But then Jo discovers a young girl hiding behind a nearby sand dune. Unharmed, Jo starts to investigate further, but only finds more questions. Why can’t this girl remember her name, family, or where she’s from? Why are mysterious government officials so interested in her? How does she keep disappearing at random? Why is the rain suddenly moving sideways in her car, and why does metal keep shaking when the little girl is scared?

By the end of the pilot, there are enough clues to support at least one obvious theory, but “Emergence” doesn’t feel fully dependent on its twists. Paul McGuigan’s smooth, patient direction lets you sit with great actors like Tolman and likable personalities like Donald Faison, who plays Jo’s ex-husband. Fazekas and Butters go out of their way to acknowledge some questionable choices that other shows might gloss over — Jo does not immediately adopt this lost, unclaimed girl — nor do they write Jo as some childless, wannabe mom, pining for the kid she never had. Jo has a daughter, so this mystery girl is just that: a mystery for the detective to solve, and a kid for her to protect.

Considering we’re only one episode in, there’s still a lot that could go wrong — or go right. I’d say the early choices are encouraging, though, and the last time Allison Tolman donned a badge, things turned out pretty well. This isn’t “Fargo,” it’s not “Lost,” but better than ripping off either of those shows, “Emergence” might just be good.