And what will the Television Academy do without "Veep" and "Game of Thrones" next year? 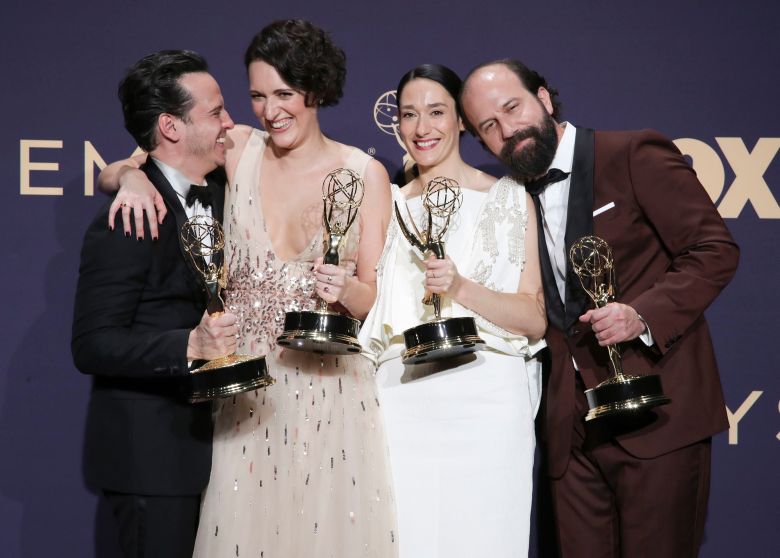 It was supposed to be a battle between the behemoths, with Netflix and HBO butting heads to determine the future of television, but somewhere along the way an $800 billion company became the little engine who could.

While “Fleabag” was seen as a likely winner for writing in a comedy series, the show also pulled upsets for Waller-Bridge in lead actress in a comedy, Harry Bradbeer for directing, and the plummiest plaudit of all, Outstanding Comedy Series.

It was a shocking turn of events given the competition the series faced, both in retiring heavyweight HBO’s “Veep” and returning champion, Amazon’s own “Mrs. Maisel.”

But the most impressive achievement that “Fleabag” accomplished during its Emmy run was its ability to steal thunder from what was meant to be a celebration of the most decorated scripted TV series of all time.

“Game of Thrones” and parent network HBO had a respectable night at the ceremony, all things considered, with the fantasy epic scoring wins for supporting actor in a drama, as well as Outstanding Drama Series, but it was a far cry from the jaw-dropping 10 awards the show nabbed at the Creative Arts Emmy Awards held September 14 and 15.

The two wins boosted the series’ total Emmy wins for the year to 12, tying it with its 2015 Emmy Awards for its fifth season, the most wins for a series in a single year. It was still a more muted reception than expected, given the show’s 14 remaining nominations heading into the night, spread across seven categories.

But HBO still ended the evening as the most decorated network, with nine total Emmys, thanks to three awards for limited series “Chernobyl,” two awards for variety talk series “Last Week Tonight with John Oliver,” as well as nods for Bill Hader in “Barry,” and Jesse Armstrong’s writing on “Succession.” 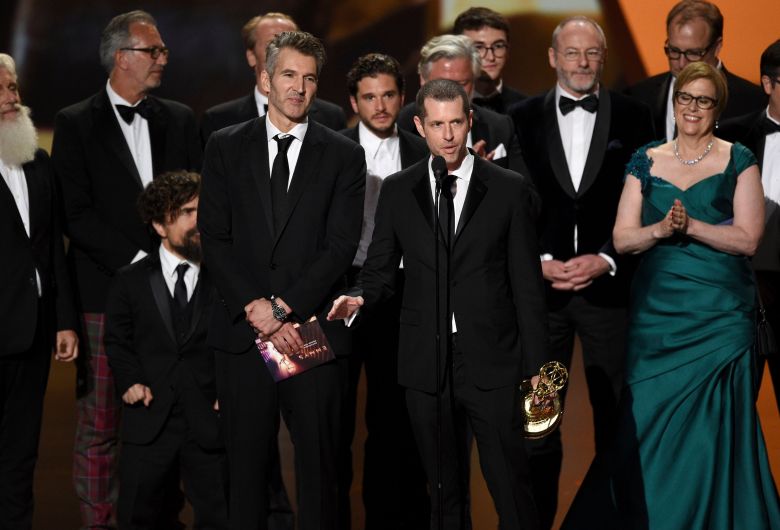 And then there’s Netflix. After an impressive 23 wins at the Creative Arts Emmy Awards, Netflix took home only four trophies at the Primetime Emmys. Despite the critical acclaim for Ava DuVernay’s limited series “When They See Us,” only lead actor Jharrel Jerome was recognized for his performance. Combined with a TV movie win for “Black Mirror” for the third consecutive year, wins for “Ozark” stars Julia Garner for supporting actress in a drama and Jason Bateman for directing rounded out the streaming service’s underwhelming evening.

So what’s it all mean? Why was “Veep” snubbed? What happened to the Television Academy’s love affair with “Game of Thrones”? Will “Barry” or “The Marvelous Mrs. Maisel” be the comedy supreme in the future?

And most importantly, where do we go from here?

There’s a very simple answer: No one has any idea.

With the departure of Emmy favorites “Veep” and “Game of Thrones” both the comedy and drama fields experience something of a vacuum, the likes of which we’ve rarely seen. But that we’ve seen before. Shows end all the time, even successful ones, even legendary ones. What’s going to turn everything upside-down for the Emmys is the same thing that’s going to turn all of television upside-down: the entrance of a new class of contenders.

With Apple TV+ and Disney+, there’s a huge question looming over the industry that no one could possibly answer. Will “The Morning Show” become the prestige drama fans can believe in? Will “The Mandalorian” be the “Game of Thrones” replacement that dorks next declare undying devotion to? Is “Dickinson” really having Wiz Khalifa play Death, and does that make him a perennial Emmy lock?

Only time — and maybe the Golden Globes — will tell.

This Article is related to: Awards and tagged Emmy Awards, Fleabag, Game of Thrones, TV Awards