The Emmys are supposed to be the year's biggest celebration of television. What happened? 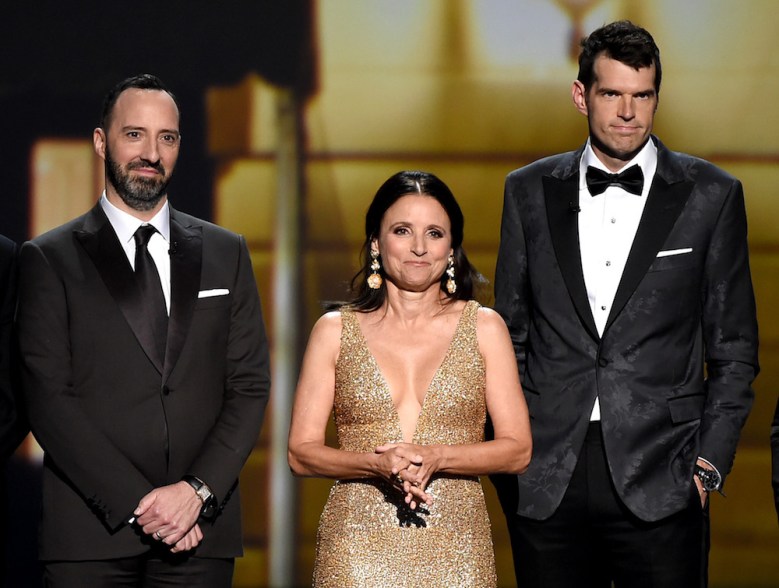 Julia Louis-Dreyfus, Tony Hale and Timothy Simons at the 2019 Emmys

The Emmys made Television Academy history Sunday night, but not for a reason anyone in the industry will like: The 71st Primetime Emmys were the lowest-rated Emmys since the annual awards show began tracking viewership data in 1990.

Around 6.9 million people tuned in to Fox to watch the hostless Emmys last night, marking a new low for an awards show that has been hemorrhaging viewers for the last few years. The previous all-time-low for Emmys viewership was 2018’s 10.17 million viewers, followed by 2016’s similarly tepid 11.30 million viewers. (Viewership for the 2017 Emmys were barely better than those of the 2016 show).

“Hemorrhaging viewers” sounds harsh, but the dismal metrics for the latest Emmys cannot be understated. Sunday’s show pulled in about one third less viewers than the 2018 Emmys that aired on NBC, and though TV critics were largely split on the overall quality of Sunday’s festivities—the general consensus was the comedy bits and having no host were quite bad, while the winners and speeches were pretty good—it’s a moot point if nobody is tuning in to watch.

What happened to the so-called biggest night in television? Well, let’s start with the hosting, or the lack thereof. Fox Entertainment CEO Charlie Collier announced that the Emmys would not have a host during the network’s TCA executive session in August, a move that came after the 2019 Oscars – which also did not have a host – saw a surprise ratings bump from its 2018 show. (The 2019 Oscars’ viewership was still well below average). Collier did not specifically say at TCA that the decision was primarily due to the hostless Oscars’s rating bump, but he did note that it was at least a factor.

Besides facilitating the show and keeping viewers engaged between acceptance speeches, awards show hosts have huge star power and charisma, which are essential to getting people to tune in. The ratings bump of the hostless Oscars—which wasn’t the original plan, anyway—was unusual, and Fox trying to emulate that event’s success just made it seem like the network was out of ideas. Regardless, the gamble clearly did not pay off.

It’s not like there weren’t opportunities to tease elements of the 2019 Emmys in advance to generate buzz. Industry insiders received several days’ notice that a trailer for Netflix’s “El Camino: A Breaking Bad Movie” would drop during one of the Emmys’ commercial breaks, but it’s baffling that the powers that be didn’t do some sort of corporate cross-promotional tease that the trailer would drop during the Emmys to the general public. Granted, the trailer was officially published on YouTube around the same time, and teasing projects on a linear show is much less valuable in the era of streaming content, but still, it would’ve been something.

As for the prominence of streaming, it’s the elephant in the room that the Emmys, regardless of which network is hosting it, needs to begin addressing. No, network and cable TV isn’t going anywhere—HBO scored the most Emmys on Sunday, after all—but streamers such as Netflix and Amazon Prime Video are steadily producing a larger chunk of the television shows that define the cultural zeitgeist. Streaming is the new norm for the distribution of television shows, yet viewers need access to the Fox channel to tune in to the Emmys.

The availability of network TV to cord-cutters – and their willingness to watch over-the-air broadcasts – is also an issue. Streaming services such as Hulu with Live TV, YouTube TV, and PlayStation Vue carry Fox and allowed subscribers to stream the Emmys. But unless you had a free trial, those each of services cost around $50 per month, which is significantly more than what many viewers pay to view the series that received Emmys. Amazon’s “Fleabag” was one of the best shows of the year, but if you just had a Prime Video subscription, you couldn’t watch Phoebe Waller-Bridge or the show’s other winners pick up their trophies without a, gasp, digital antenna.

Of course, the odds of the Emmys moving away from a specific network to become more widely accessible to audiences is extremely unlikely. Viewership may be declining, but networks are still poised to reap huge financial gains from advertising revenue, and they would almost certainly wage a war to keep the Emmys. Regardless, the disconnect between where the Emmys is hosted and where many of its award-winning shows originate is becoming increasingly apparent.

And when in doubt, blame the NFL. The Emmys also had to contend with other competition Sunday, as NBC aired a highly-anticipated “Sunday Night Football” match between the major market Los Angeles Rams and the Cleveland Browns, which almost certainly siphoned off a  portion of potential viewers. 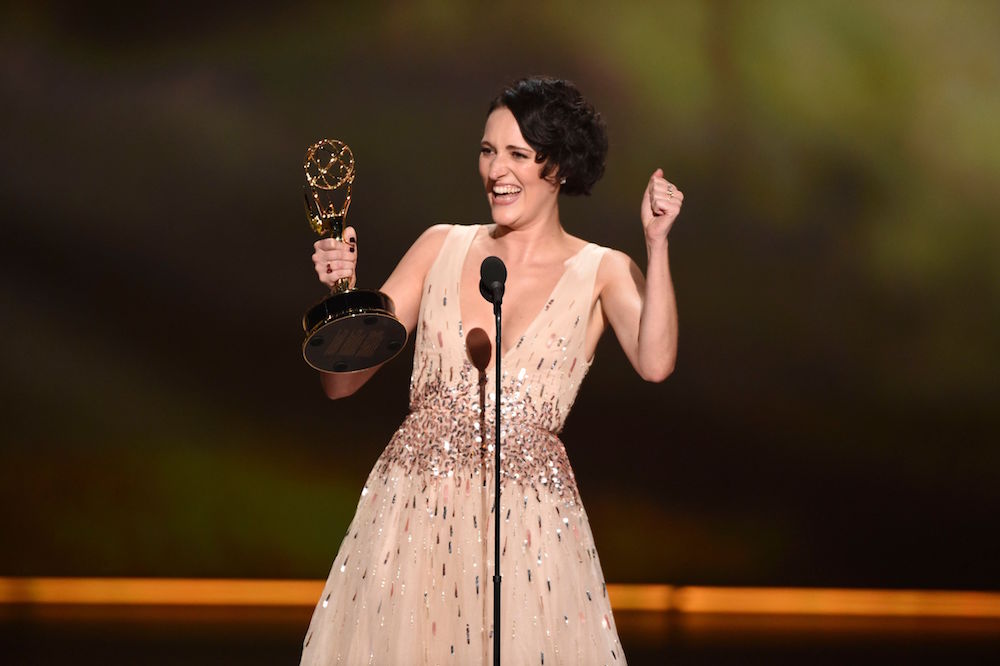 Phoebe Waller-Bridge at the 2019 Emmys

In the Emmys’ defense, it isn’t the only awards show that has struggled in recent years. The Oscars might have seen a year-over-year ratings bump in February, but viewership numbers for that ceremony have also been steadily dropping for years. Numbers are also down for the Golden Globes, and the Grammy Awards are a shadow of its former self.

The problem of television’s increasingly decentralized nature is one thing, but outside industry trends, the last few years of middling awards show ratings have come during a new wave of American populism. Simply put, Americans have become more apathetic towards celebrities and other wealthy individuals and there are few more prominent examples of glitzy excess than a star-studded Hollywood awards ceremony. No, an enraged proletariat is not staging mass boycotts of the Emmys to rebel against the Hollywood elite, but there are signs that the stakeholders who organize these awards shows are failing to connect with potential audiences.

The clearest example of this came from the Academy of Motion Picture Arts and Sciences, the organization that hosts the Oscars, last year. The Academy proposed a new award for “Outstanding Achievement in Popular Film,” an ill-defined category that would’ve presumably gone to widely popular blockbusters that typically fail to secure trophies at awards ceremonies. It reeked of arrogance, essentially saying, “We voters dislike the movies you unwashed masses enjoy, so here’s a new category, just for you.” Unsurprisingly, the announcement was overwhelmingly derided as a desperate ratings move and was quickly scrapped.

Though the Emmys has yet to do anything so nakedly pandering, there’s no indication that any of the show’s decisionmakers have a solid plan to reverse its fortunes going forward. But something needs to be done, and fast. Remember, year-over-year Emmys viewership just declined by a third. The television industry is getting bigger than ever, but you certainly wouldn’t know it by looking at the viewership numbers for what is supposed to be the industry’s biggest celebration.

This Article is related to: Television and tagged Awards Season, Emmys, TV analysis