One thing to note is that neither prequel series has been picked up to series yet by HBO. 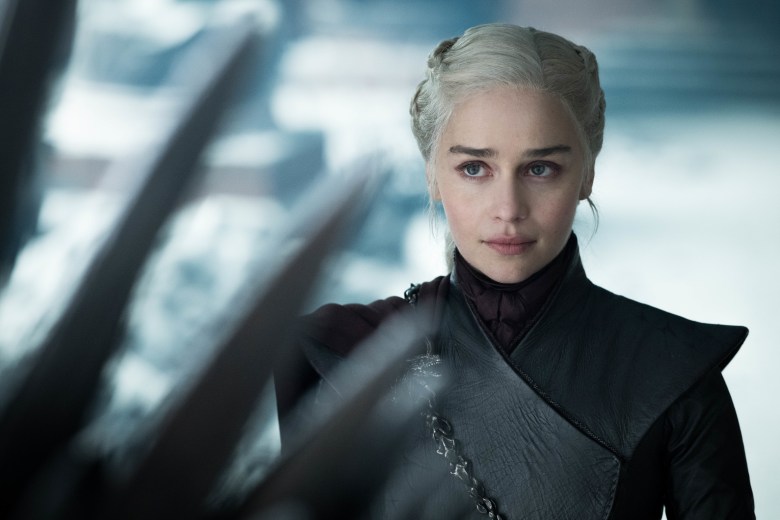 News broke September 12 that HBO was nearing a pilot order for a new “Game of Thrones” prequel series from George R.R. Martin and “Colony” showrunner Ryan Condal. A pilot order would mean HBO would produce the show’s first episode and then determine whether or not to move ahead with a full series. The announcement brings the total number of “Game of Thrones” prequels in development to two, which is both exciting and worrying fans of Martin’s blockbuster fantasy series. Is two “Thrones” prequels too many?

Martin recently took to his blog to assure “Thrones” fans that there is enough material in his “Song of Fire and Ice” universe to create prequels that will be unique and feel fresh from one another. “Huge continents, ten thousand years of history, cities, deserts, oceans, mysteries, triumphs and tragedies,” Martin wrote. “If there were indeed eight million stories in The Naked City in the 50s, surely there are eight billion stories to be told about Westeros, Essos, Sothoryos, and the lands beyond the Sunset Sea, south of Oz and north of Shangri-La.” [Editor’s Note: Jules Dassin’s “The Naked City” was released in 1948.]

The author added, “And in these days of a hundred networks, channels, and streaming services, I think television has plenty of room for two shows set in Westeros… or hell, maybe three or four… I still want to do ‘Spearcarriers’ after all.”

Martin is involved with both prequels. The first prequel, in which Jane Goldman serves as showrunner, shot its pilot over the summer and is now awaiting a full season pickup from HBO. That prequel is set thousands of years before the HBO series and stars Naomi Watts, Miranda Richardson, and Jamie Campbell Bower. The logline reads: “The series chronicles the world’s descent from the Golden Age of Heroes into its darkest hour. And only one thing is for sure: from the horrifying secrets of Westeros’ history to the true origin of the white walkers, the mysteries of the East to the Starks of legend… it’s not the story we think we know.”

The second prequel series from Martin and Condol is set 300 years before the events in HBO’s “Game of Thrones” and tracks the beginning of the end for House Targaryen. The prequel will be an adaptation of Martin’s “Fire & Blood” novel, which was released last year and fills in the history of House Targaryen. Deadline reported the Targaryen-centric “Thrones” prequel started as an idea from Bryan Cogman and was reworked by Martin and Condal.

“It has a script and a bible, and both of them are terrific, first rate, exciting,” Martin wrote about the Targaryen prequel. “I first met Ryan [Condal] when he came to New Mexico a couple of years ago to shoot a pilot for a fantasy western called ‘The Sixth Gun,’ based on the comic book. That show did not go, though I had the pleasure of screening the pilot at my theatre…He’s a helluva strong writer, and a huge fan of ‘A Song of Ice and Fire,’ Dunk and Egg, and Westeros in general. I’ve loved working with him, and if the Seven Gods and HBO are kind, I hope to keep on working with him for years to come on this new successor show.”

Martin also said that any fan interpretation that the Targaryen prequel to mean Jane Goldman’s prequel series is not moving forward is no correct. “If that’s so, no one has told me,” Martin wrote. “I don’t think it’s so. I love what Ryan has done, but I’m excited about the possibilities for Jane’s series as well.”

This Article is related to: Television and tagged Game of Thrones, George R.R. Martin, TV News