The Oscar nominated director of "Hale County This Morning, This Evening" turns his lens on a Southern hog processing tradition. 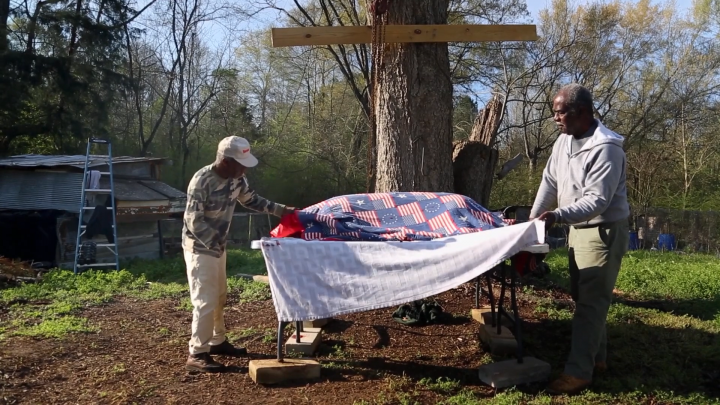 When “Hale County This Morning, This Evening” premiered at last year’s Sundance Film Festival, it was unlike anything the documentary community had seen before. The Oscar-nominated documentary was the feature film debut of photographer RaMell Ross, who held up a mesmerizing lens to the daily routines of African American life in rural Alabama. After winning a Special Jury Award at Sundance, “Hale County This Morning, This Evening” picked up the Grand Jury Prize at Full Frame Documentary Festival, the Gotham Award for Best Documentary, Outstanding Feature at Cinema Eye Honors, and eventually earned an Oscar nomination for Best Documentary Feature.

For his painterly re-imagining of black life onscreen, Ross whittled over 1,200 hours of footage into the 78-minute film, leaving a veritable treasure trove of evocative images on the cutting room floor. Ross has put at least a few more minutes of that unused footage to use in “Easter Snap,” a new short documentary which premiered online today. Much like “Hale County,” the film eschews narrative exposition, dropping the viewer with little fanfare into a vivid and graphic scene of rural farm life. The film opens on a group of men dragging the corpse of a hog through a field. The camera follows each step of preparing the hog for butchering, and the group talks jovially as they shave bristly hair from its porcelain skin. A one-armed man named Johnny Blackmon guides the proceedings, demonstrating where to make the first cut.

“I personally think that the visualization of places is responsible for the perpetuation of ideology,” said Ross last year as he accepted Cinema Eye’s top honor. “And I think documentary film is the perfect genre in order to use your imagination and still sort of use the language of truth to imagine a better future, and therefore deal with the colonial alabaster aesthetics that we know so well hold a pretty damning relationship to the American mind.”

This Article is related to: Film and tagged Field of Vision, Hale County This Morning This Evening, RaMell Ross