The hero's first solo star vehicle is expected to debut in late 2021. 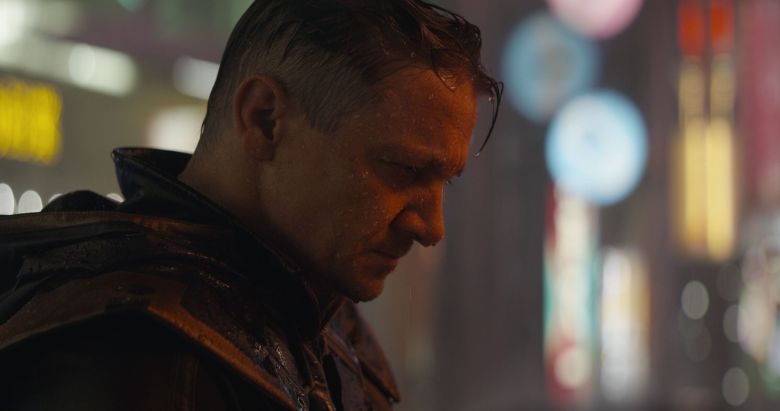 Jonathan Igla has the Marvel Cinematic Universe in his sights. Per multiple reports, the “Mad Men” alum will serve as writer and executive producer for “Hawkeye,” which will premiere on Disney+ in late 2021.

“Hawkeye” won’t be the first time Igla has collaborated with an MCU veteran. Igla served as a supervising producer and writer on Facebook Watch’s drama, “Sorry for Your Loss,” which stars Elizabeth Olson — aka Wanda Maximoff/Scarlet Witch in the MCU.

In the new series, Jeremy Renner is set to reprise his role as Clint Barton/Hawkeye, the bow-wielding hero who appeared in a handful of prior MCU films. The character had a dark arc in “Avengers: Endgame” earlier in the year, where he became a merciless vigilante before eventually reuniting with the survivors of his superpowered team. The upcoming “Hawkeye” series will follow the titular protagonist as he trains a young Kate Bishop, another hero who takes up the Hawkeye mantel in Marvel comic lore.

Igla’s work on the universally acclaimed “Mad Men” helped propel AMC to the forefront of the broadcast television market. Since then, Igla has worked as a writer and producer on series such as Hulu’s “Shut Eye” and Fox’s “Pitch.”

“Hawkeye” will premiere after most of the previously-announced Disney+ MCU shows. The first MCU show to hit Disney+ will be “The Falcon and the Winter Soldier” starring Anthony Mackie and Sebastian Stan, who will reprise their film roles. That series is expected to debut in 2020, while “WandaVision” and “Loki” will hit the platform in early and mid 2021, respectively.

At D23 Disney announced additional shows in development, including “She-Hulk,” “Moon Knight,” and “Ms. Marvel,” though additional details are scarce.

Igla is one of several high-profile talents who will be working on the MCU Disney+ series. Malcolm Spellman (“Empire”) will write “The Falcon and the Winter Soldier,” and Kari Scogland (“The Handmaid’s Tale”) is set to direct the series. Franchise veteran Jac Schnaeffer (“Captain Marvel”) will serve as the showrunner for “WandaVision,” while Michael Waldron (“Rick & Morty”) will write and executive produce “Loki.”

Disney+ will launch on November 12 and cost $6.99 per month. A bundled subscription that includes ESPN+ and the ad-supported version of Hulu will also be available for $12.99 per month.

This Article is related to: Television and tagged Disney Plus, Hawkeye, jonathan igla