He's worked with some of indie film's best directors and knew the value of Peak TV before many of his peers, but the actor tells IndieWire why he almost left the biz before his biggest project yet. 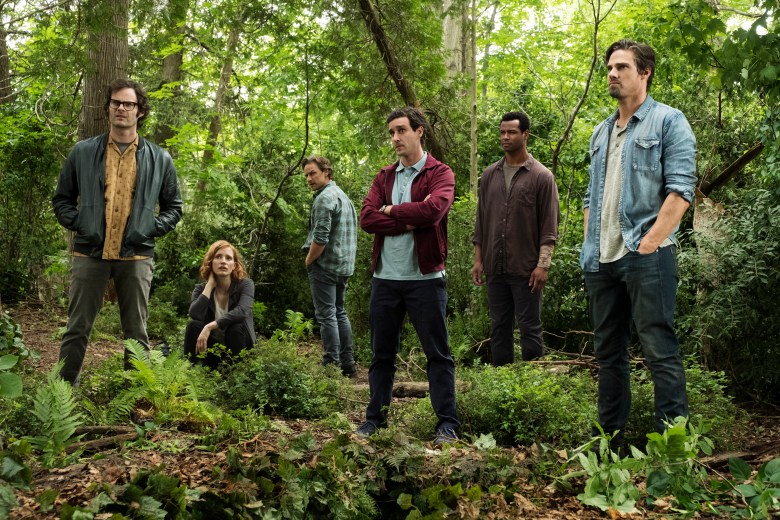 James Ransone isn’t taking it for granted. He’s not taking “It” for granted, either. While the long-time television actor (from “The First” to “Low Winter Sun,” “Generation Kill” to “Treme,” this is a guy who knows his way around Peak TV) and indie mainstay (he’s worked with a slew of enviable names, including multiple outings with Spike Lee and Sean Baker) has been working in Hollywood for nearly two decades, his latest role in Andy Muschietti’s much-hyped “It Chapter Two” is his biggest gig yet. It almost didn’t happen, and not just because of good old-fashioned industry drama or scheduling issues, but because the Indie Spirit winner nearly left the business long before he could dig into a breakout 20 years in the making.

“I’ve just never been in a pop culture thing like this, I’ve never had a moment like this,” Ransone said in a recent interview with IndieWire. “I didn’t know this thing was as big as it was, I had no idea it was going to be as massive as it was. It feels like some like hand of God, pure luck, lightning in a bottle. I just got really lucky to be part of this. This thing is such a juggernaut that it weirds me out, you know? Because I had no expectation that I would ever be in anything like this.”

Muschietti’s first film in the two-part franchise based on Stephen King’s beloved novel of the same name opened in early September 2017 and was an instant box office hit. The film made over $700 million worldwide, good enough to mark it as the highest-grossing horror film of all-time. Ransone even auditioned for a role in that film, which follows the so-called Losers Club when they are just youngsters having to battle an intergalactic evil in tiny Derry, Maine, though he declines to mention which part.

That worked out, clearly, with Ransone now starring in the second feature as a grown up Eddie Kaspbrak (played in his younger years by Jack Dylan Grazer), alongside co-stars like Jessica Chastain, Bill Hader, and James McAvoy. And no, he’s not kidding about that lucky thing, just tossing off an easy explanation for the fickleness of Hollywood finally working out. When he says “hand of God,” he actually means it. This is, after all, a person who considered leaving his acting career to study theology.

“I really thought I was going to leave and not do this anymore in 2017, for real,” he said. “I was not very happy about certain things that were happening in the business. I was really considering going back to school for theology. I wrote something that was very important to me that I hoped would get made, and people liked it, but it didn’t get any traction. I was like, ‘oh, no one really cares, and money’s sort of more important than anything else.’ I know that we’re in a business, too, and we’re so fortunate that we get to make art that also gets to make money, but I just felt a little jaded.”

Looking at Ransone’s resume is a bad way to chart his career, because for every film he worked on with a director like Harmony Korine or John Waters or Spike Lee (three times, no less), there was the inevitable down period between gigs. Ransone hasn’t ever been shy about his fraught relationship with both the business and the lifestyle it sometimes engenders: in 2006, he picked up and moved to Namibia to prepare for his role in the HBO series “Generation Kill,” during which he didn’t just try to get into character, but to get out of himself. 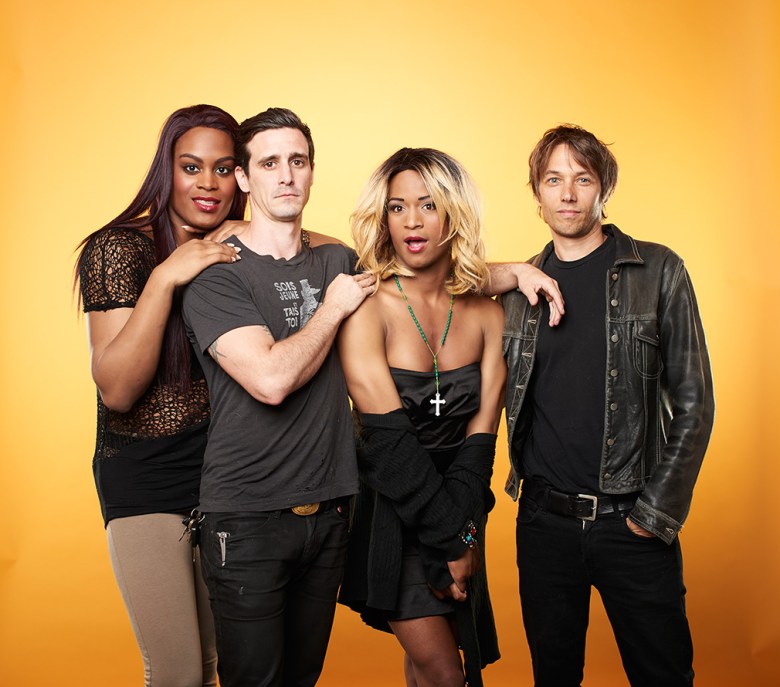 By the age of 27, Ransone was addicted to heroin and $30,000 in debt — this was, of course, just four years after his first breakout role in Larry Clark and Ed Lachman’s “Ken Park,” written by Korine, and after a relatively fruitless period following all that hype — and looking to start over. His role in the lauded war-centric miniseries helped, and things picked up, including his first franchise turn in “Sinister,” which eventually bred a lead role in its 2015 sequel. Ransone started working with Baker, first in the Indie Spirit-winning “Starlet,” and then later in the beloved “Tangerine.”

Despite his rising recognizability and continuing interest in doing offbeat, clever work, Ransone said he still struggled. Before the summer of 2017, when he considered chucking it all for that theology degree, Ransone was already well-acquainted with Hollywood’s very short attention span.

“I actually helped a friend of mine who was a casting director by being a reader [for a project], with a director that I had worked with before,” Ransone said. “Then they auditioned me for a fractional series regular part. They auditioned me for a director I had worked with twice before, and I didn’t get it. I didn’t take it personally, but it’s kind of an illusion to think that you sort of arrive and then that’s it and they hand you stuff forever. It just doesn’t work like that. And of course my ego wants to get away and be like, ‘I deserve this!'”

Things started to pick up that autumn, however, when Ransone lined up another splashy TV role in Hulu’s Sean Penn-starring space drama series “The First.” And then life offered up its own contributions, including a wife and a baby on the way. When he thinks about getting cast in “It,” that’s what the actor remembers most.

“My perception of getting ‘It’ is not because it was like I arrived or I finally deserved it, but because the universe was like, ‘hey, man, you’re having a kid and that’s going to be expensive, so we’re going to set you up over here,'” he said. “When I got the movie, that’s how it all kind of felt to me. I was like, ‘oh, this is for his future, not for mine.'”

While “It Chapter Two” is unquestionably Ransone’s biggest project yet, he’s still enthused about the indie ethos that guides it. “They don’t make these kind of movies like this anymore,” Ransone said. “The budget for the first one wasn’t humogous, and I’m talking about in terms of studio stuff. It was like a mid-tier ’90s movie, Andy uses a lot of practical sets and effects, and somehow he makes them look massive. They’re like old school Hollywood blockbusters.”

The first film was made for $35 million, pure mid-tier territory, and while “Chapter Two” was reportedly able to double that figure, the actor still sees the money going where it belongs: on the big screen.

“I think the money is misspent, to be honest,” he said of other big Hollywood movies. “I think a lot of it’s actually misspent in the beginning, before you even start shooting, on rewrites and then you get a whole bunch of producers because everybody’s too afraid to sort of like take a risk and then they’ll hire another producer. You’ve spent so much budget before you even see a dollar of it on the screen.” 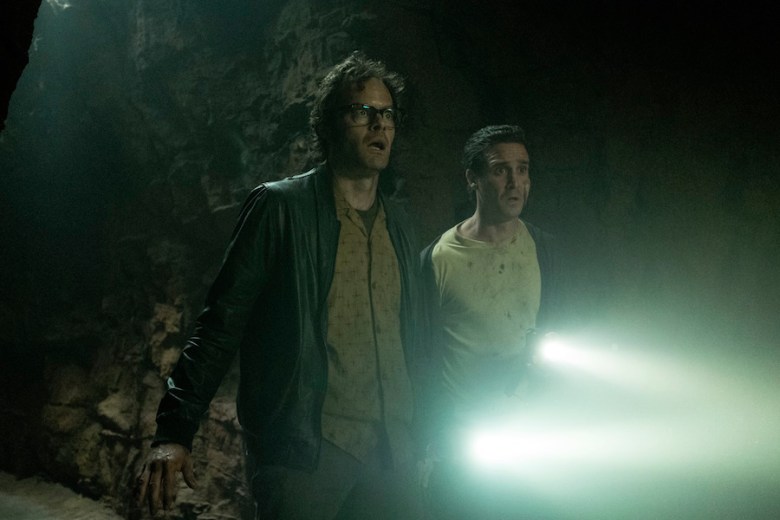 Ransone is also pleased that, despite a major time commitment (he was on set from June until October of last year), a whopping 200-page script, and all the pressures that come with a much-anticipated sequel, he was still able to be himself during the downtime. “I’ve been on stuff that’s been difficult to shoot, like ‘Generation Kill,’ and it’s a different thing, but you’re still standing around all night, telling jokes with a bunch of people,” he said.

That includes Chastain, who steps into the role of Beverly Marsh, the only female Loser and a lead who enjoys some major moments with each of her many co-stars. While Chastain has been open about the demands of one particularly blood-soaked scene in the film, Ransone has different memories of the shoot. Mostly, he just wanted to make her laugh.

“There’s probably more on the cutting room floor, but the scene where it’s just me and Jessica [was the most fun],” Ransone said. “I was really intimidated, I was really scared to work with her. She’s like Juilliard, classically trained, Oscar-nominated actress, and all I kept trying to do when I’d come out of the bathroom after I got stabbed in the face was try to make her laugh. I would open my mouth and blood would come out and I would say the dumbest shit. I know that there’s a bunch of takes of her where she’s just losing it.”

(And, yes, he anticipates that there are plenty of other cut scenes that could ultimately come together for Muschietti’s teased director’s cut, a version that Ransone envisions, laughing, as “the ‘Battleship Potemkin’ of clowns.”)

Another thing that hasn’t changed for Ransone: he just can’t watch himself on the big screen, going so far as to leave the film’s starry Hollywood premiere last month, not even making it to his favorite scene with Chastain before having to cut and run. “It’s too hard for me, I can’t do it,” the actor said. “I stopped smoking that drug in my late twenties, like, ‘oh, I know not to do this anymore.’ The older I get, the less I can do it, because I used to be able to lie to myself like, ‘well, maybe I’ll get taller! maybe my posture will get better!’ When I was younger, I imagined the potential that I would be handsome later.”

That’s at least a personal concession, a small choice in a business that can often not offer many. Ransone knows all about that, but the recent rise in his still-chugging career has seemingly inspired him to stop worrying so much about what Hollywood expects of him. “I’m working on a really crazy personal thing right now, a non-narrative that people will see in a couple months from now,” he said. “And then I’m tie-dying a lot, surfing a lot, and hanging out with my baby. I’m literally tie-dying so much that I might start like a ladies’ leisurewear line to sell at Fred Segel.” (Per usual, he’s not kidding.)

Maybe there’s less to fear these days, especially after spending so much time mining all those worries for his latest big screen offering. These days, the concerns are already quite different than they were even two years ago. “We keep getting asked this one question: what are you afraid of now that you’re an adult?,” Ransone said with a laugh. “Literally, I’ve probably been asked that a hundred times, and it’s so personal that you kind of have to have some pat answer. Mine is bears.”

Warner Bros. will release “It Chapter Two” in theaters on Friday, September 6.

This Article is related to: Film and tagged Interviews, It: Chapter Two, James Ransone