TIFF: As she readies to debut her seventh film, the filmmaker and actress tells IndieWire about the crazy path to "My Zoe," finding her voice, and what might come next. 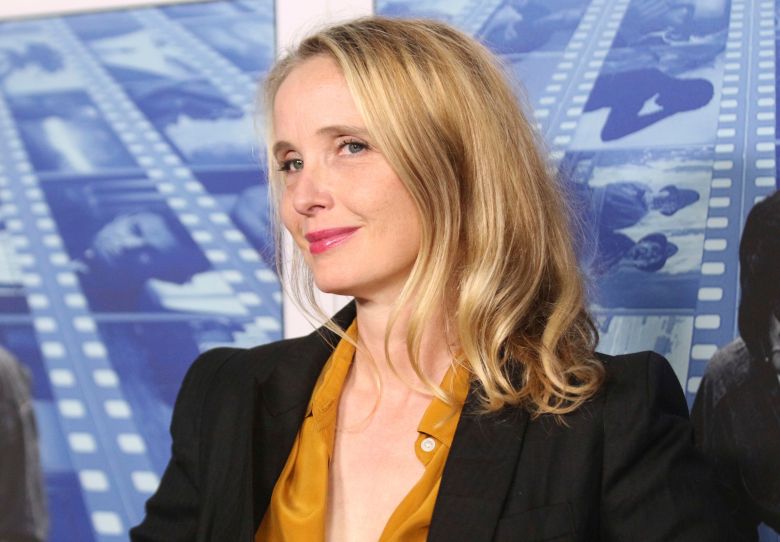 Filmmaker and actress Julie Delpy knows what people expect of her. The star and co-writer of Richard Linklater’s “Before” trilogy and the director of such bubbly romantic dramedies as “2 Days in Paris” and its sequel “2 Days in New York” may have made her acting debut for no less than Jean-Luc Godard, but she’s been kept in a certain kind of industry bubble for the last two decades.

She’s done with that now. For her latest directorial outing, passion project “My Zoe,” Delpy moves away from romances and chatty comedies into something both wholly unexpected and more personal than anything else she’s ever made. When Delpy describes the feature, a thriller debuting in TIFF’s filmmaker-centric Platform section this week, she uses the kind of descriptors that wouldn’t fit anything else she’s made during her three-decade-long career. Words like “harsh,” “unforgiving,” and “not very kind.” And “radical,” because it is.

After six far lighter films, Delpy was eager to move into drama, but she was cautious about how her thorny plot could be misconstrued. “I didn’t want to go into melodrama, because there’s been many [films] on the subject, I wanted something a little harder and stronger and colder and more to the point,” she said in a recent interview with IndieWire.

The film picks up in the middle of a tense divorce between Delpy’s Isabelle (she also wrote the film) and Richard Armitage’s James — it’s not an entirely acrimonious separation, but it’s not an easy one — and the pair’s young daughter Zoe (Sophia Ally) has become the primary mechanism by which the duo exact revenge on each other. Scientist Isabelle adores Zoe, but as she and James attempt to hammer out a custody agreement, she grows more and more desperate for the time she believes she’s owed with her child.

That’s where it starts, but by the time the film reaches its unnerving third act, it has moved far past domestic drama into thriller territory, with a distinctly contemporary and scientific edge. After a horrible accident, Isabelle — and her great belief in the power of science — embarks on a journey to right some wrongs in, well, unexpected ways. 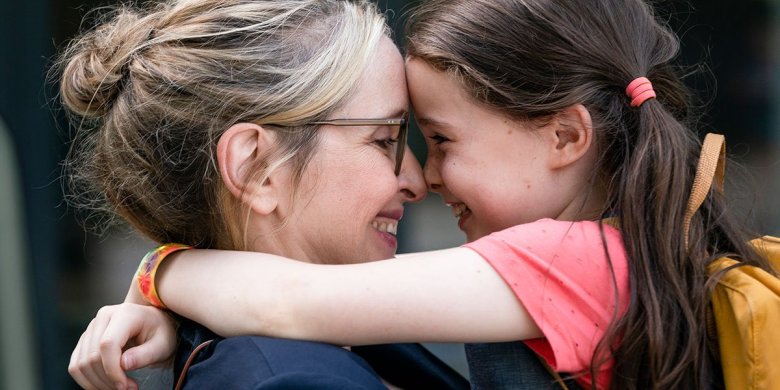 Julie Delpy and Sophia Ally in “My Zoe”

“This is like another part of me that is as much me, if not more [than my other films],” Delpy said. “I have a great love of drama and thrillers and sci-fi, and it’s not always easy when you’re who I am and what some people have of me as an idea. Even the ‘Before’ films, it gives a certain image of me, and that’s what people stick to. It’s been a battle to be something else, because it’s not completely who I am.”

Delpy concedes that even “My Zoe” isn’t the full reflection of her character and creativity, but at least she’s getting a whole lot closer to that concept. “Like, 80 percent of me is missing in that picture and in what I want expressed, a good 80 percent,” the filmmaker said of her earlier films. “It’s a big chunk, it’s most of it. It’s true that with this film, I got closer, it’s not 80 percent anymore with this film. There’s still another, whatever, 60 percent of me missing in there.”

Not that she’s complaining. After so long in the business — one she grew up inside, thanks to actor parents Albert Delpy and Marie Pillet — Delpy still thinks it’s a bit of a miracle that she can make any film, let alone this one. She’s certainly found ways to get her vision on the big screen.

“It’s funny, when I did ‘2 Days in Paris,’ I was like, okay, I’m going to trick people into giving me money for my first film, because I just did ‘Before Sunset,’ so let’s take another American guy in Paris with a French girl,” Delpy said. “It’s going to be a completely different story, but at least people will be like, ‘oh, we’re safe there.’ I always feel like you almost need to trick people into giving you money, which is so sad, because otherwise, no one was trusting me.”

Delpy catches herself. “I mean, obviously, some people are trusting me, otherwise this film would have never happened, and none of my films would ever happen, but this specific film was so hard to make, because it’s away from my usual, more romantic comedy,” she said.

The filmmaker and actress has no acrimony for rom-coms — again, it’s all still a part of her — and she’s matter of fact about the way any genre can silo off a creator in the eyes of the industry. “The hardest thing is when you do comedies, and then you want to do something else,” Delpy said. “It’s crazy, and I’m sure it’s the same for if you do drama and you want to do a comedy. It’s just doing different things. They like to put people in a box, and then you stay there, everyone feels safe, and that’s it.”

Very little about making “My Zoe” was safe. The original concept was born from a discussion Delpy had with the late Krzysztof Kieślowski (who directed her in his “Three Colours” trilogy), specifically the questions of fate and parenthood at play in the first entry of the Polish filmmaker’s seminal “Dekalog” series. 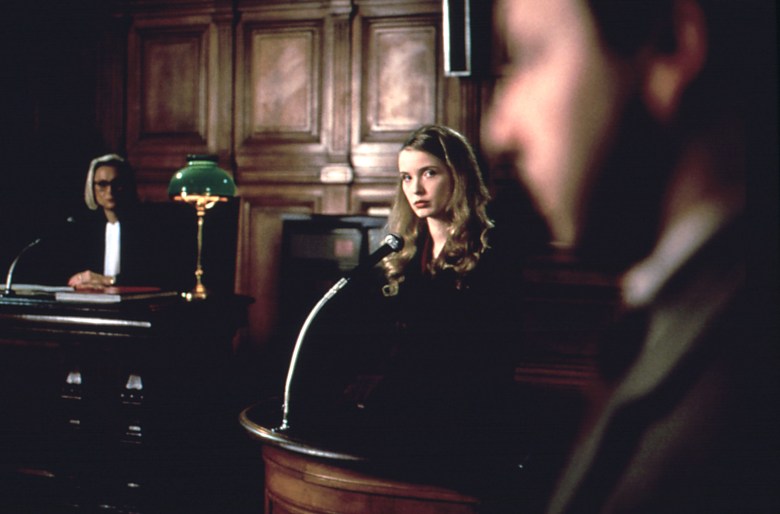 That was over two decades ago. Years later, when Delpy became a mother and lost her own mother within the span of a month, the long-simmering story took on added resonance for her. “Suddenly, I understood everything, and that becoming a parent is one of the craziest things,” Delpy said. “I know everyone does it everywhere, but to me, as someone who maybe overanalyzes everything, I just suddenly felt a tremendous existential fear that is so deep. It’s very hard to control for me.”

Delpy’s fears might have been well-founded, because just as she was gearing up to shoot the film in November of 2017, an unnamed producer suddenly yanked their funding for the film. Delpy was heartbroken — and pretty pissed, to be honest, after jumping through hoops to get the film up to snuff for the finicky financier.

“Well, the whole world collapsed,” Delpy said. “Suddenly out of nowhere, for no reason at all, after complying to all those people’s demands, bending yourself backwards to please them. ‘Okay, you do this. No, okay, yeah, you have final cut on this, on the music, on the this, on the that.’ Which by the way, I didn’t use music, and I’m happy. In the end, I didn’t do the film with those people, because they were getting involved in a way that would’ve really hurt the film, and not even like a studio, worse than any studio in Hollywood.”

Delpy said it took six months for her to feel normal again, and points to her support system as the whole thing that saved her, including her father, husband, son, and friends. Her actors stayed on the project indefinitely, as did her cinematographer Stephane Fontaine, but Delpy said she lost a “great” assistant director she never got back. “I was lucky that it wasn’t completely destroyed, and it’s really because the people who believed in it really believed in it,” she added.

Delpy, a prodigious, expansive talker put it succinctly: “Well, it was horrible, really. I don’t have another word for it. I was completely crushed. Even people I dislike deeply, I don’t wish them that.”

The filmmaker and actress believes that the last minute disaster was the result of sexism and a financier unwilling to “gamble” on a female filmmaker. She’s dealt with these kinds of aggressions and attitudes throughout her career, though that doesn’t make them easier to comprehend. When promoting the “Before” films, Delpy said she was often asked if she wrote her character Celine’s lines while Linklater and co-star Hawke crafted Hawke’s character Jesse’s part. (To be clear: “that’s not how that works.”) 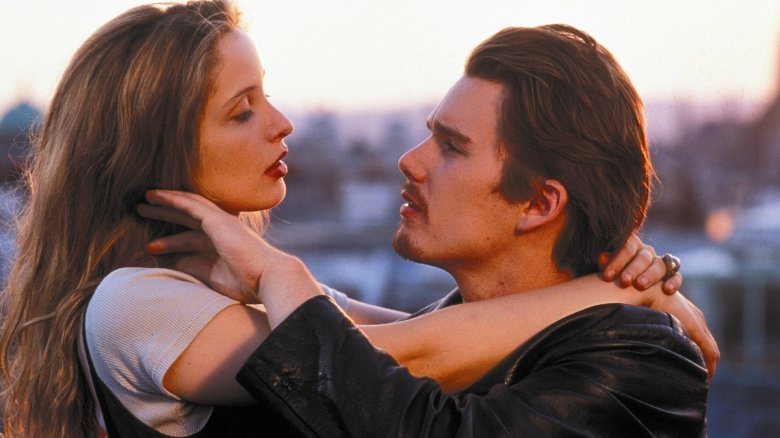 Julie Delpy and Ethan Hawke in “Before Sunrise”

(And, for the inevitable “Before” franchise update, Delpy doesn’t think the trio will be cooking up a fourth film anytime soon. “We haven’t talked about it at all, and I don’t think we will, because we decided to do a trilogy,” she said. “We’ll see, we’ll see. I really don’t know actually. I have no idea, but I really don’t think so.”)

Eventually, Delpy was able to raise enough money to make “My Zoe” with a slashed budget — she even raffled off prizes, from small roles in the film to breakfast with her, to help fund it, in addition to locking new producers just before Cannes 2018 — and the final product signals a great evolution in her filmmaking and a massive push forward in her creative expression. It’s no coincidence that it’s the most personal film she’s made yet.

“There’s no reason why anyone should be scared of women filmmakers anymore,” Delpy said. “I think that time is gone hopefully. I think it’s really happening. It took a little bit to kick in.”

So what’s the next step? Asked about moving into Hollywood filmmaking — perhaps even a gig for the Marvel Cinematic Universe, which she’s already played a character within, thanks to “Avengers: Age of Ultron” — and Delpy has a practical answer.

That doesn’t mean that other interested parties aren’t coming around. “I have had though people calling me for bigger films lately, which is always exciting,” Delpy said. “Like, ‘oh, maybe it is changing it after all.’ Maybe it’s happening, and that’s a glimpse into something that’s very refreshing and reassuring.”

Open and irreverent as ever, Delpy added with a laugh, “Because even though I’m a woman, I’m not going to stop working the day I have my period.”

“My Zoe” premieres at the 2019 Toronto International Film Festival on Saturday, September 7. It is currently seeking distribution.

This Article is related to: Film and tagged Interviews, Julie Delpy, My Zoe, TIFF